Who needs family when you have TV? 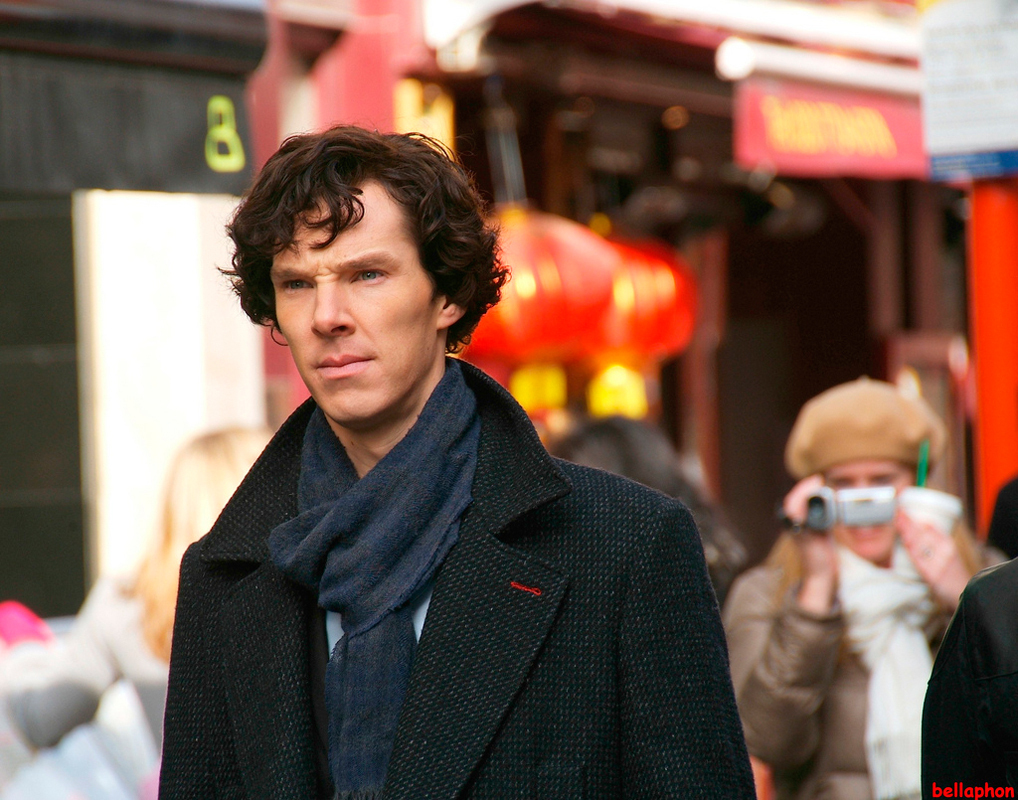 Benedict Cumberbatch will return as Sherlock in the BBC's adaptation of the classic book series. (credit: Courtesy of Wikimedia Commons)

The holiday season is fast approaching, with Thanksgiving this week and winter break just around the corner. We’re all ready for some time away from problem sets and papers — but as wonderful as it sounds, you can’t spend the entire break sleeping. So give your mind a break and treat yourself to one of technology’s greatest gifts: the TV marathon binge.

But what should you watch? Luckily, I spent the semester staying caught up, just so you can reap the benefits. Check out some of these shows to beat your winter blues.

The third season of this show is all about witches. New Orleans sets a luscious cultural backdrop to a story full of witchy teenagers, immortality, and the struggles of life and power. While this installment isn’t as overtly frightening as the first two, it has that spooky tension that arises when things go bump in the night. While you’re at it, go ahead and watch or rewatch the first two seasons, because why not?

What better way to relax than by torturing your mind with crazy plot twists and turns, only some of which could have been thoroughly thought out? Pretty Little Liars is the perfect combination of a crazy murder mystery and vapid teenage show, the likes of which can only be found on ABC Family. Since the show comes back in January, why not get caught up now while you’ve actually got the time?

If you haven’t seen all six episodes of this modern-day TV adaptation of Sherlock Holmes, you’re doing something wrong. Each episode clocks in at about 90 minutes, making it perfect TV fare for a night in from the cold weather (or the sunny California weather, if you’re one of those people). The highly anticipated third season makes its stateside debut in January, so start watching now and throw your theories about the show’s return into the ring. If you’re really into Holmes adaptations, also check out CBS’s Elementary. Gender-swapped Watson is a true gift to television and its Holmes/Watson relationship is one of the sassiest around.

If you want a show that will leave you an ugly sobbing mess at the end of almost every episode, then check out this family drama. So much happens every season, it’s almost like Degrassi for adults. Seriously, if you don’t cry at least three times per season, you might be an actual robot. Plus, it’s currently in its fifth season, so there’s plenty to binge on.

Don’t be upset if you start Reign expecting a show that’s accountable to reality or that features less-than-stunning people; it’s on The CW, so clearly you’d be out of luck. But if you can look past glaring historical inaccuracies and frankly ridiculous love triangles, Reign is the kind of brainless, beautiful fun that’s been missing on TV since Gossip Girl ended. Beware, though: Reign only just started its first season in October, so you might get crazily addicted and then run out of episodes to watch.

If you think of binging as watching one, maybe two episodes at a time, then a) you’re doing it wrong; and b) you don’t watch Scandal. There’s a twist in just about every episode, which makes it supremely addictive. If you can stand to watch fewer than five episodes in one sitting then you deserve an award. This season has been especially juicy and makes all the drama of the first two seem like child’s play. If you finish Scandal and are looking for more of that presidential/political drama, check out The West Wing. It’s an oldie, but a goodie.

The first season is kind of rough, but Parks and Rec hit its stride in the second season and is now one of the best comedies on TV. Amy Poehler is entertaining as Leslie Knope, but the motley crew from Pawnee, Ind., is what really makes this show comedy gold. Who would have thought that the ins and outs of a small-town parks and recreation department could be so much fun? NBC excels at creating strong ensemble casts, so check out Poehler’s partner-in-crime Tina Fey in 30 Rock or Steve Carell in The Office for more workplace fun.

Veronica Mars is a modern-day Nancy Drew, kicking butt and taking names as she works to solve her best friend’s murder and various small-time crimes in her hometown of Neptune, Calif., even while she navigates the shark-infested waters of dating the 1 percent. She’s exactly who you wish you were deep down inside. You’ll laugh, you’ll cry, and you’ll cheer on Veronica as she does her thing as basically the coolest person ever. Watch all three seasons and then get ready for the fan-funded movie, coming next spring.

This is the most serious binge-watch suggestion. Broadchurch started airing right at the beginning of the semester, so you might have missed it. The eight-episode first season follows an investigation into the murder of a young boy in a small, rural town in England. It gets pretty heavy at times and is incredibly emotional, so keep the tissues handy. Well acted and powerful, Broadchurch is something you do not want to miss. If you’re into BBC America and want something a little less emotionally charged, Orphan Black was the standout hit from the network this year, and both shows have been renewed for a second season.