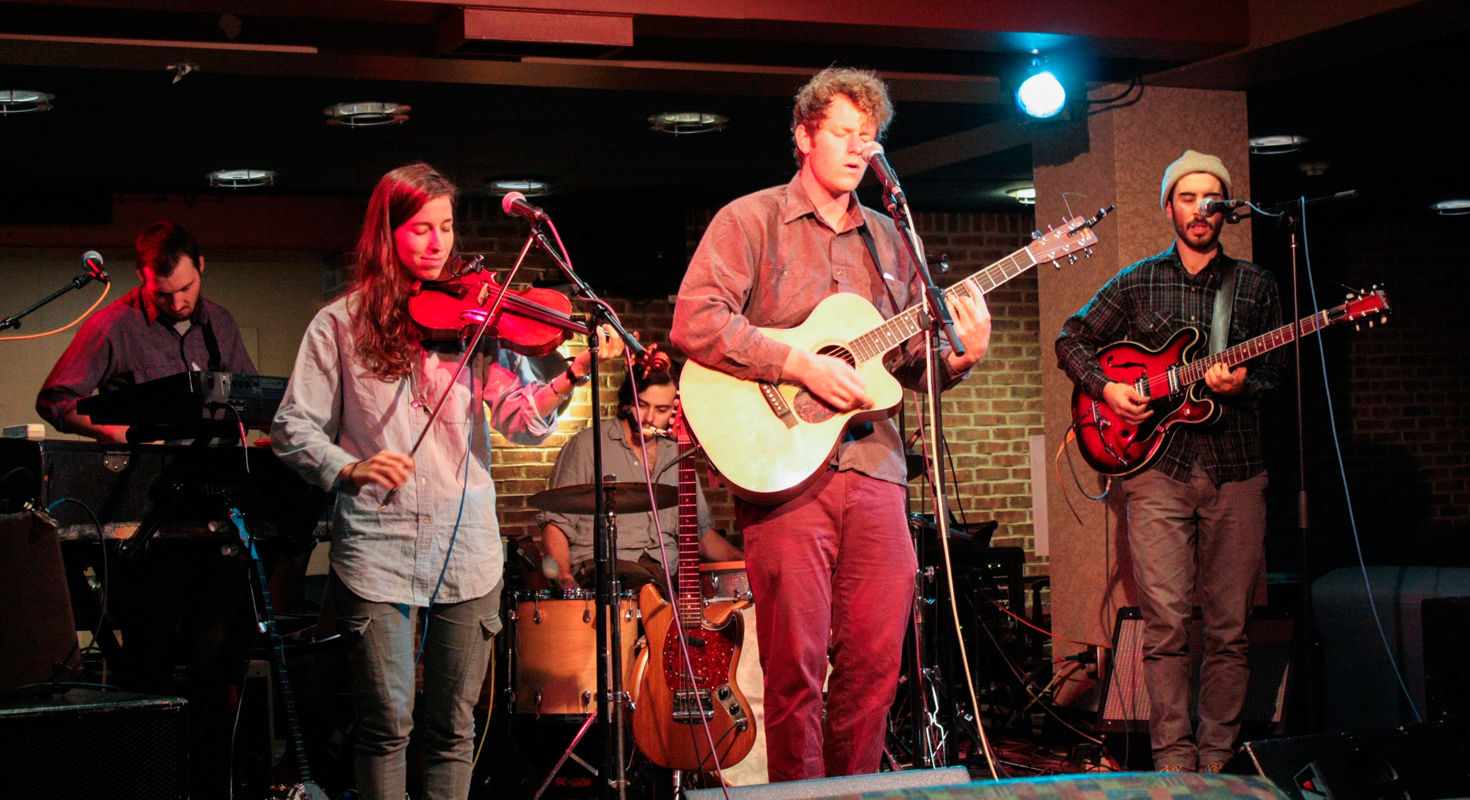 Indie folk-rock band Alpenglow visited Pittsburgh for the first time last Wednesday to perform at the Underground. The Vermont-based group has been building a fan base with live performances across the country and is currently touring with Brooklyn-based indie pop band Lucius, while promoting the release of its new EP Solitude. Lucius, the original headliner for the show, ended up canceling its gig due to medical reasons.

The concert started 10 minutes late, but once it started, the audience was immediately taken by the charm and originality of Alpenglow’s music. In front of a crowd of around 20 people, the band performed a set of 10 songs, many of which were new and unreleased. The group performed “The Following,” a slow song about love, and followed with the more upbeat “Gabriel.”

Alpenglow continued with “Drone,” “Shout it Out,” and “Solitude,” the last of which belongs to the band’s EP. The set covered fast songs and slow songs in no particular order, but the energy was so high that the audience was engaged every step of the way. The band went on to perform a love song, “Eliza,” followed by “Border Lines” and “Been So Long.”

Toward the end, the group played “Old Country.” Before this performance, Alpenglow’s main vocalist, Graeme Daubert, shared that the song was written about his grandfather — one of the few times the band spoke out to the audience. The set closed with a single from the album Catskills — a quiet, somber tune that picked up toward the end, characterized by the ghostly effect of the violin.

Even for those who had never heard of Alpenglow before the show, the group’s style was immediately evident from the songs it played: The band members played heavily with the acoustic guitar, and their songs were characterized by their distinctive use of harmonies and instruments. The tunes that incorporated the violin were particularly impressive. The band made frequent use of the keyboard, banjo, and mouth harmonica, which the audience was delighted to hear. Some of their songs had infectious beats, sounding like Coldplay and Arcade Fire rolled into one band.

The band members stayed on after the performance to talk to students and sell copies of their EP, and were very friendly and engaging. In the future, look forward to hearing more from this excellent, upcoming band.