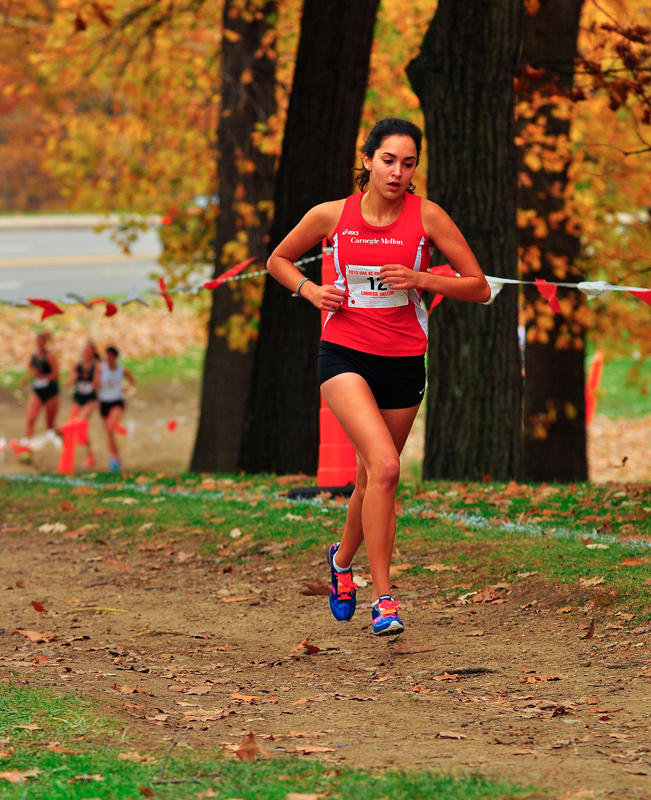 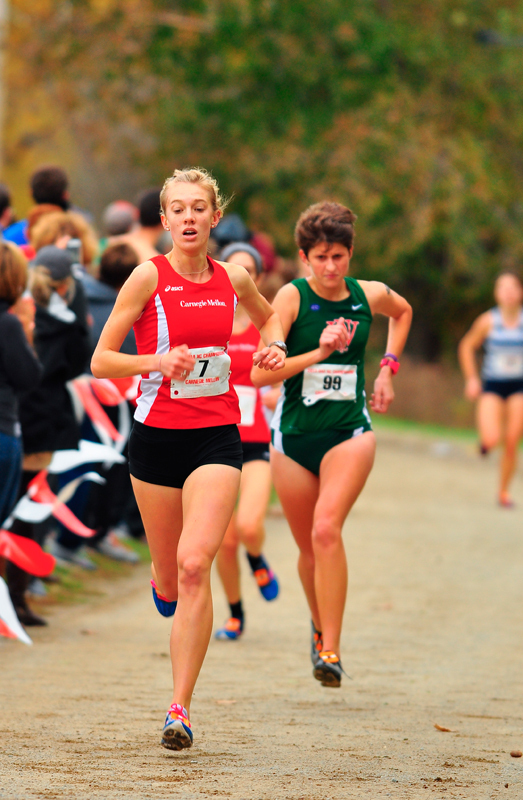 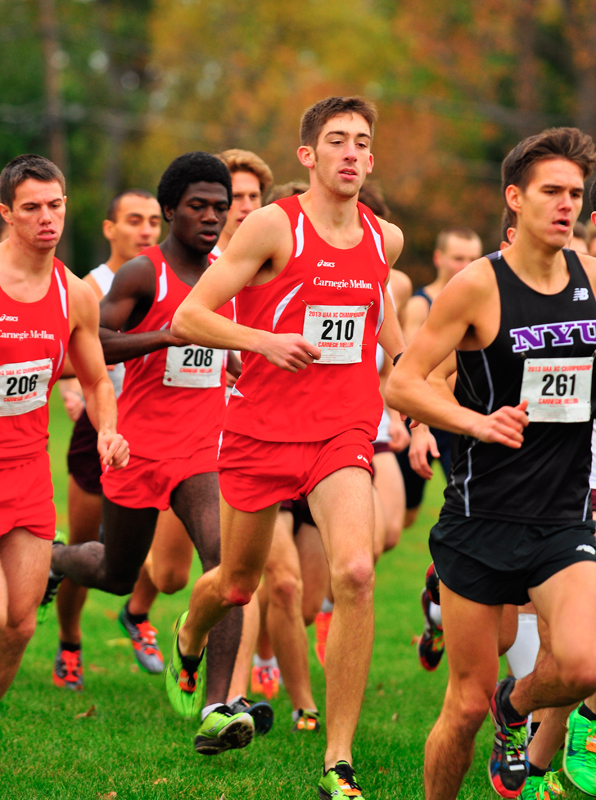 Senior Josh Newby was the only Carnegie Mellon runner to finish in the top 10. (credit: Jason Chen/Staff Photographer)

But on a chilly Saturday afternoon, both teams failed to carry the momentum from their successes in the Invitational that featured the same course in Schenley Park.

Carnegie Mellon’s only top 10 finish was senior Josh Newby, who finished the the men’s 8k course with a time of 25:44.3.

“We had some good individual performances, but as a team we didn’t click,” head coach Dario Donatelli said. “At our conference level, with so many nationally ranked teams, you better be on, and we weren’t on as a team.”

“I don’t think it was the best that we could have done,” Schnepf said.

The race was held on a cool fall day with strong gusts, so the weather could have been a factor in the team’s performances. However, Schnepf dismissed that possibility.

“We’ve run some other races that were pretty chilly, and we were fine. I think it’s just an accumulation from the season, and we were all more nervous,” Schnepf said.

Rounding out the rest of the women’s top five finishers were senior Catherine Paquette in 34th place. First-year Emily Joyce, and sophomore Priya Patel finished together in 38th and 39th place.

On the men’s side, while Newby led the charge, junior George Degen finished 13 seconds later in 15th place overall with a time of 25:57.5.
“The hills are tough on the last two miles ... but I think we all finished pretty well,” Newby said.

Senior Ken Murphy finished third on the team and in 30th place overall with a time of 26:34.2, and senior Brendan O’Hara and sophomore Marc-Daniel Julien took 35th and 36th place.

The team’s top five finishers, however, did not come close to Washington University in St. Louis, which had four runners finish within the top six. No. 7 New York University, finishing second, had three runners finish before Newby.

Both teams will have two weeks to prepare for their next challenge. They travel to Muhlenberg College on Nov. 16 for the NCAA Regionals, their penultimate meet of the season. Their final meet is the NCAA Championships on Nov. 23 at Hanover College.