Time to build a climate for discussion 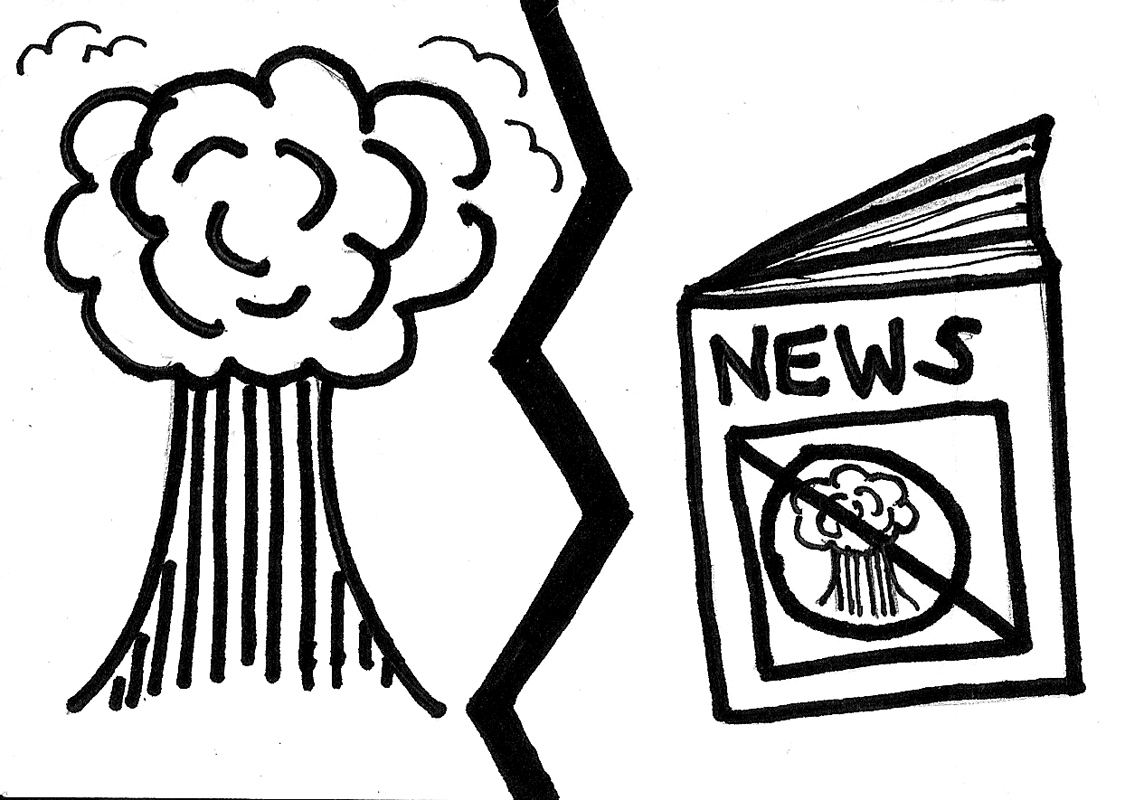 Though it may seem strange to think of it in the middle of winter, the world is getting warmer. The year 2012 was the hottest on record for the continental United States, according to climatecentral.org.

Last summer, 19 states had their warmest year on record, and 48 states experienced above-average temperatures. Furthermore, 2012 had the second-highest number of extreme-weather; the number of heat waves, droughts, and wildfires that hit the country ensured that.

What’s more, global temperatures worldwide have begun to increase each year. According to the U.S. Environmental Protection Agency, each year since 1980 has been recorded as warmer than average.

With these startling facts, you would think that climate change would spur a great deal of discussion in politics and media. However, that is not the case.

Although I disapprove of how little climate change is discussed in the media, part of me can understand why it is a relatively unpopular topic. Much of the scientific evidence related to climate change is not easily relatable to everyday life; few people are invested in constant squabble over statistics on melting arctic ice or rising concentration of greenhouse gases as opposed to, say, gun control or illegal immigration. This makes emphasizing the dangers of climate change very difficult; many people find it difficult to explain how a few melting ice caps can spur semi-apocalyptic scenarios.

Furthermore, much of the discussion over climate change has been unnecessarily politicized. The oil industry and certain politicians often question whether climate change is real, despite the fact that nearly all scientific literature agrees that climate change is happening, and that a great deal of it can be attributed to human actions.

Even though climate is a drab issue, there is really no reason not to discuss it.

In whatever way we can, we should attempt to facilitate discussion over climate change. There must be some way to make the topic more palatable for the average person to understand, perhaps through emphasizing more of the human role in climate change.

It may be the fact that certain climate change activists are too heavy in their messages. For example, many people disliked An Inconvenient Truth because they felt that it exaggerated the effects of climate change and that it had too much of an alarmist tone. Al Gore and his documentary were heavily mocked on shows like South Park for this reason. We could try to be more positive in our discussion of climate change and focus on ways in which people could reduce its effects.

Action is more important than ever. Each year we don’t act, we release 6 million metric tons of carbon dioxide into the atmosphere, according to discovery.com.

We need to find a way to reduce that number and, in turn, reduce the number of storms, droughts, and heat waves that have resulted from climate change. The consequences of inaction are very real, and have human costs.