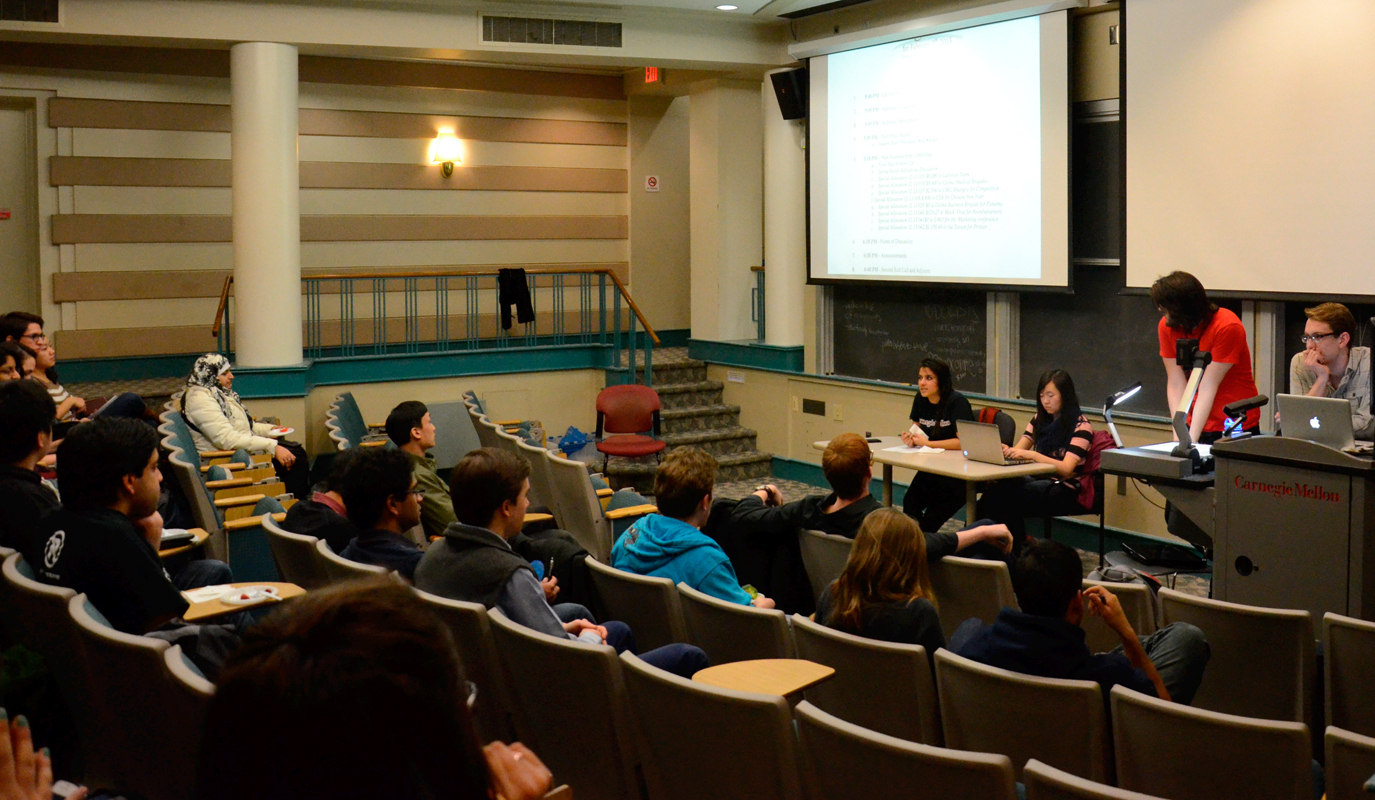 Student Senate has been debating whether or not to provide special allocations to spring break trips. (credit: Kate Groschner/Photo Editor)

This spring break, a number of Carnegie Mellon student organizations will still go on both domestic and international trips, despite last year’s funding cuts by the Joint Funding Committee (JFC).

Last spring, the JFC made the decision to stop allocating money for travel expenses incurred by these trips, making it difficult for many organizations to keep their travel budgets.

“We’re not saying spring break trips aren’t good; we’re not saying they’re not valuable; we just have a finite amount of resources, especially considering that last year was the toughest year we ever had,” said Jon Mark, senior lighting design major and student body vice president for finance, about the decision to cut spring break trip funding.

Student Body President Will Weiner, senior decision science and economic and statistics double major, agrees that spring break trips are valuable for students, but at the same time represent a significant portion of the JFC’s budget. “It’s not they we didn’t think they are valuable, we did, and I still think they are; it’s that we just didn’t have the money, so you had to make a judgment call,” he said.

The absence of the JFC’s funding leaves many organizations with a funding gap, which they are trying to fill by asking the Student Senate for special allocations. Special allocations, as stated in the Senate Fiscal Policy article IV, section A, should “provide financial support for events and organizations that benefit Carnegie Mellon University’s undergraduate students.”

William Elmore, member of the Senate finance committee and junior engineering and public policy and civil engineering double major, described the process student groups go through to get funding from the Senate, JFC, or any other student government body.

Over the past two weeks the Senate has been debating whether or not to follow the JFC’s precedent regarding the funding of organizations taking spring break trips. According to Elmore, Student Senate has about $70,000 of the money generated from the student activities fee to allocate.

“[The Senate] doesn’t have to go specifically with the word of the JFC, so they’re kind of in a philosophical debate now about how they spend their money to possibly help these groups get off their feet,” Weiner said.

In light of the JFC’s decision to stop funding travel expenses for organizations going on spring break trips, the Student Senate executive committee came up with three possibilities for making decisions about these organizations. One possibility is following the JFC and not allocating any money to any of the groups. Another would be to fund up to 5 percent of travel costs. The Senate could also make a decision based on the travel metric, which gives $194 per person going on the trip. This way, each traveler gets his or her student activities fee back but nothing more.

Senate Chair Bianka Roy, a senior in materials science and engineering, makes it clear that the Senate is not bound to one of these three options, but rather “It’s more like three philosophies, and weighing the pros and cons for each philosophy. And we presented those three to the group to say that these are what you can argue; if this is what you believe, then you should vote for it.”

Organizations are also receiving some financial assistance this year from the department of student affairs.

Mark sent an email to the heads of organizations going on spring break trips, saying “I brought this up with Dean of Student Affairs Gina Casalegno to see if her division might be able to provide financial assistance. We met on Monday, and it looks like [the department of student affairs] will be able to provide some level of financial assistance, for this year only.”

Mark said that Casalegno would be able to provide “anywhere in the range of five to seven thousand” for all the organizations in question, writing in his email that “this money is in lieu of JFC funding, and not associated with Senate or [the Graduate Students Association].”

Casalegno said in an email, “We have a long-standing commitment to allocate money from Student Affairs to alternative break experiences, which are typically funded through the Tartans Abroad funding process for international trips and through the DOSA funding committee for domestic trips. This year I have offered to assist with additional funding given the impact of JFC cuts and other reductions in funding sources for many groups.”

Organizations typically also receive funding from other sources, including their own fundraising efforts, member dues, grants, academic departments within Carnegie Mellon, and donations from alumni. Every organization going on a spring break trip this year is on probation with the JFC for overspending their budgets in past years.

“It’s important to note that, the way our system is set up, it’s very easy for a group to be put on probation. Just because they have that label doesn’t mean that they’re struggling or that something is necessarily wrong,” Roy said.

Mark is putting measures in place this year to prevent overspending.

He said, “One of the ways that I’m curtailing that this year is that all of these groups that are on probation, they have to sign agreements to say that the member has to pay the difference at the end.”

As special allocation requests from spring break organizations are received, the Senate will make decisions based on the options outlined by the executive committee and additional input from the Senate body.

Roy said that the priority, in the end, is always the well-being of the university and the student body.

“I just think it’s important for everyone to know that we do take these allocations really serious, and we as the executive committee and the Senate have spent countless hours debating, looking at the facts, looking at different philosophies, thinking about how we can properly allocate money to our constituents and really try to help them the best way that we can, being fair to the entire university,” she said.