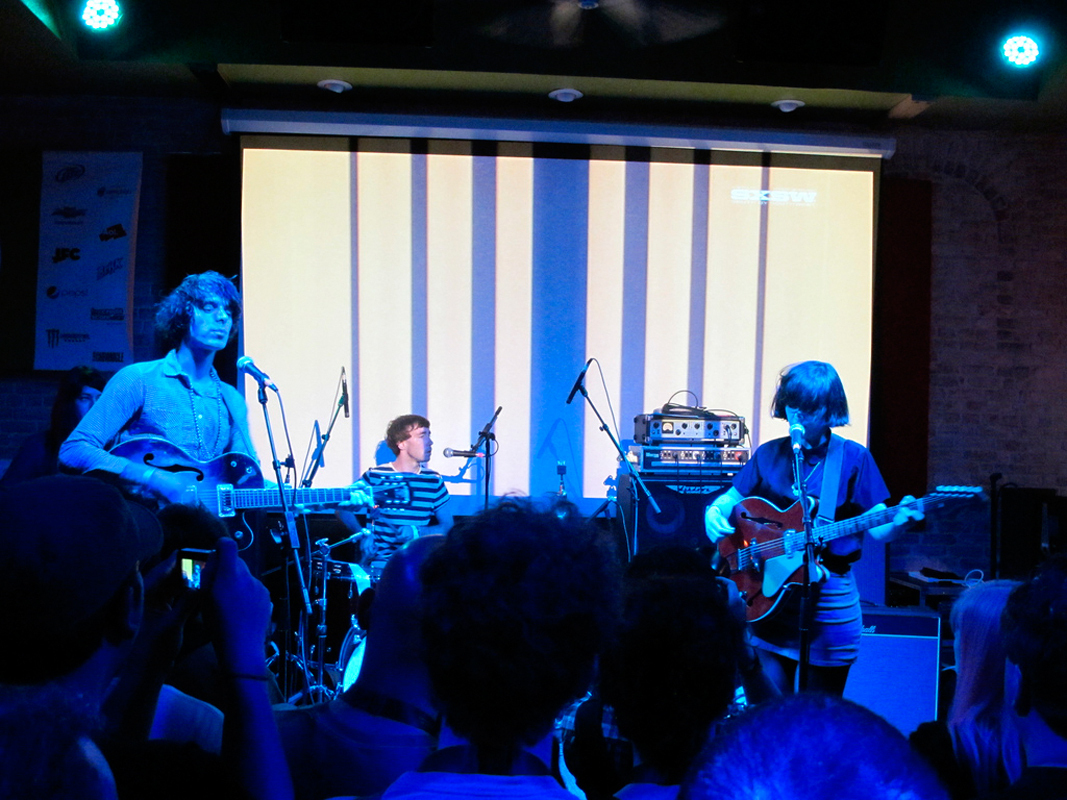 Indie pop band Veronica Falls’ new album Waiting for Something to Happen places the band at the forefront of the music scene in the U.K. (credit: Courtesy of David Coggins via Flickr)

The glum shoegazers that make up indie pop band Veronica Falls return tomorrow with their sophomore album installation, Waiting for Something to Happen. The newest release is certainly a ray of sunshine in one of the year’s darkest months, suffused with jangling guitars, flowing harmonies, and bittersweet hooks.

Veronica Falls’ Waiting for Something to Happen is a euphoric departure from the brooding, punk-inspired tropes of “Right Side of My Brain” and “Beachy Feeling,” songs from the band’s 2011 self-titled album. Instead, it is a more polished and pop-inspired iteration of the last record, showing the band’s evolution into a more poised and confident entity.

The album’s emotional motif is one of coming to terms with growing up; the lyrics obsess over lost love and loneliness. “Teenage” — possibly the best song on the album — captures the fear and wonder we feel before we understand how fleeting young love can be. The song begins harmlessly enough, as Roxanne Clifford and James Hoare share lead vocals and a late-night ride. Melodic guitars and a driving rhythm section propel the couple through a lighter first verse, yet darkness dips in during the chorus. “Driving late at night, I’ll let you listen to the music you like,” Clifford croons, adding that she is “searching for a shooting star to point [her] in the right direction.”

Far from retreading the playful atmosphere of the debut, the band mines a richer, more emotionally resonant vein. Waiting for Something to Happen is weary with dead-end social scenes (“So Tired”) and the fear of your peers leaving you behind (“Everybody’s Changing”). In its entirety, the album embodies more achingly tender messages, from the touching love song “Broken Toy” (“I am broken, a broken toy like you”), to the gentle reverie “Daniel,” which strips the track to its bare essentials: shimmering guitar lines and perfectly harmonized vocals. Thematically, the album is a success in its portrayal of the advent of adulthood: Its sense of uncertainty is palpable.

Musically, the album is more self-assured than Veronica Falls’ last album. The opener, “Tell Me,” is representative of the release’s more muscular melodies. “Buried Alive” and “My Heart Beats” are similarly robust, featuring skewed drum beats and catchy vocals. Here, the band seems to fall somewhere in between the suburban surfer rock of bands like The Drums and the dreamy pop of The Dum Dum Girls. While Veronica Falls has retreated from its lo-fi roots, it has achieved the ranks of like-minded upbeat indie bands. Musical references to 1980s London nostalgia — including The Velvet Underground, The Pastels, and Echobelly — are so skillful that the songs, though not unlike London rock we have heard before, do not tire.

This most recent installation is enduring. Undoubtedly, Veronica Falls can stake its claim as one of the most gloriously unpredictable and invaluable bands the U.K. has right now.