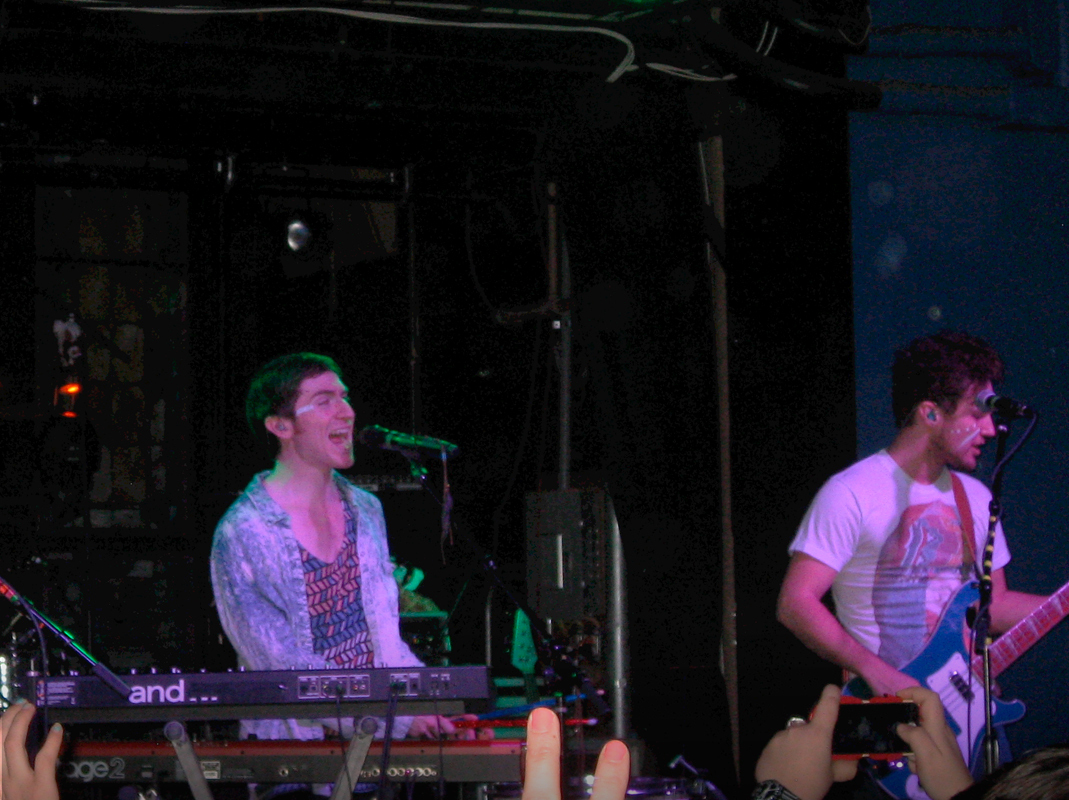 Singer Nicholas Petricca (left) helped energize the crowd with his high-energy shouts and use of bass drum. (credit: Josh Smith/Editor-in-Chief) 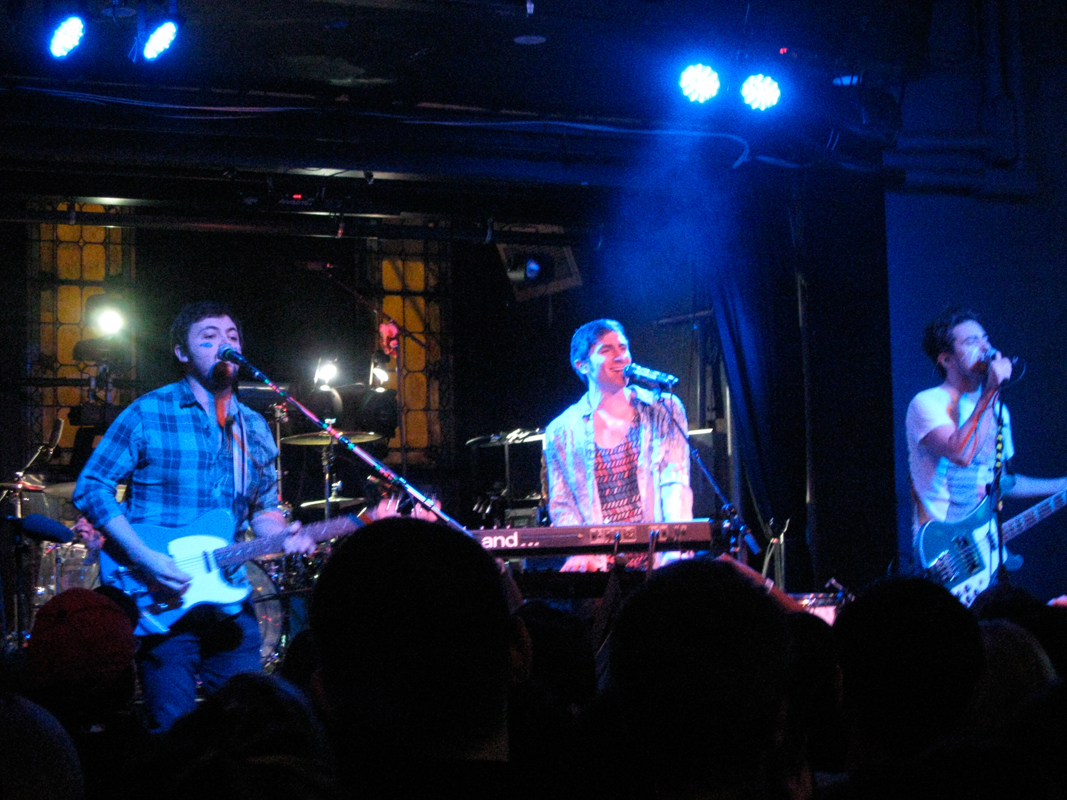 Cincinnati-based band Walk the Moon performed at the Altar Bar in the Strip District last Wednesday. Noted for its indie pop and its hit “Anna Sun,” the band is no stranger to Pittsburgh or the Altar Bar — it opened for Neon Trees last August. Even for moderate fans, the show fostered an appreciation for what Walk the Moon tries to do: create a fun performance.

Similar to Mr. Small’s Theatre, another local tour stop for bands, the Altar Bar serves as a good location for smaller bands. The Altar Bar, a renovated church-turned-concert venue, provides both a sense of history as well as an intimacy you lose in other, larger locations.

Unlike Mr. Small’s, however, the Altar Bar is more accessible and easier to get to for young concert-goers. A majority of the crowd seemed to be high-school students, while the 21-and-over section seemed to be occupied by their parents. While this isn’t a bad thing in and of itself, having a noticeable age gap among the audience can be distracting.

The show started with Pacific Air, a Southern California-based band fronted by brothers Ryan and Taylor Lawhon. Similar to Walk the Moon, the band seemed to work in the indie pop genre. Singer Ryan Lawhon’s initial request that everyone get “sexy” was slightly awkward, considering that many people in the audience were either minors or adults bordering on menopause.

Pacific Air’s song “Float” stood out the most, with a catchy hook of whistling and a sing-along tune. However, the rest of the performance wasn’t original enough to be memorable. Ryan Lawhon had a swagger and style that was entertaining to watch, but for the most part, there was a lack of energy in the crowd throughout the opening act. The music sounded fine, but the lack of a distinct sound made it hard for the band to stand out.

This apathy ended when Walk the Moon took the stage after a short recording of Gene Wilder’s performance of “Pure Imagination” from the film Willy Wonka & the Chocolate Factory. Performing two of the band’s most popular and up-tempo songs right off the bat — “Next in Line” and “Tightrope” — was a smart choice, infusing the crowd with a liveliness that was previously missing. Singer Nicholas Petricca’s frantic use of the bass drum and energetic shouts really helped kick off the show.

The performance continued at this pace for much of the show. It did noticeably die down, however, with the band’s performance of “Iscariot,” the slowest song of their debut, self-titled album. While it’s a beautiful track, and the slower pace was a welcome change from the energetic and sweaty ambience of the show, it was a jarring shift. Almost lullaby-like, the song felt out of place in an otherwise fun show.

That sense of fun, however, is exactly what the audience took away. Not only did the crowd enjoy the upbeat rhythm and tone of the songs, the band members, too, were visibly enjoying themselves. It was clear how much fun the members of Walk the Moon were having on stage, and how much they appreciated the chance to perform. Their rapport with the crowd was especially evident in their pre-encore performance of their most popular song “Anna Sun”; guitarist Eli Maiman had a huge smile on his face at the close of the song, repeatedly mouthing “thank you” to the crowd.

Little things like that really drove the atmosphere of the show home. Walk the Moon isn’t a serious band, and the members aren’t doing anything truly unique musically or performance-wise. Yet they excel at creating an environment where people can let loose and enjoy themselves — even if their parents are watching from the bar.