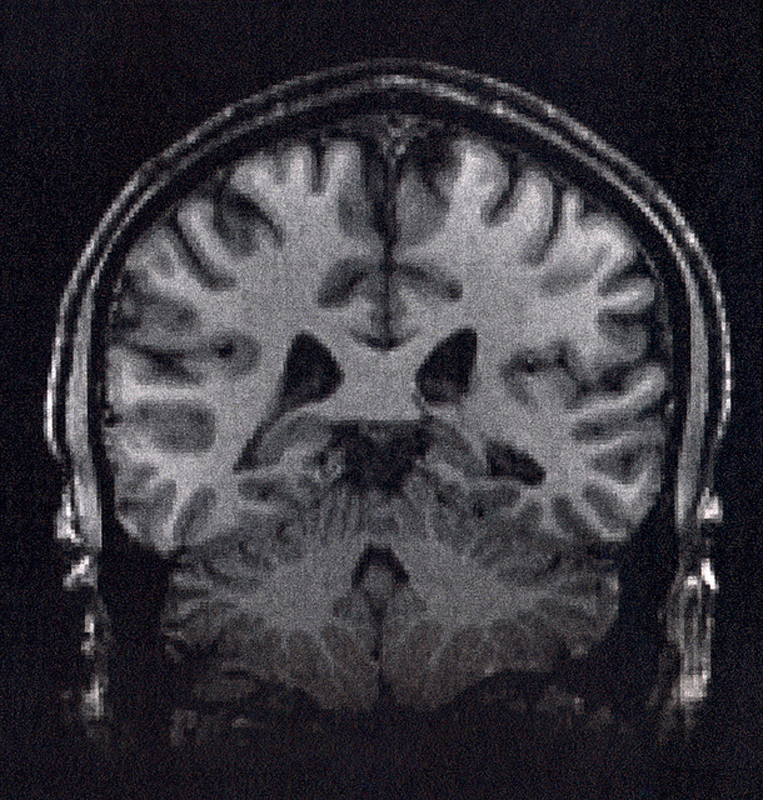 Above is a brain scan from a Functional Magnetic Resonance Imaging (fMRI) machine. The fMRI is used to determine which parts of the brain are active at a particular moment. (credit: Courtesy of Wikimedia Commons)

It is difficult to undermine the importance of the human brain in regard to our survival and daily functions. When the brain is affected by injury, it can have long lasting detrimental effects making simple things such as remembering what you had for breakfast very difficult. Researchers at Carnegie Mellon University’s Center for Cognitive Brain Imaging have successfully combined different techniques to learn about how the brain performs simple functions before, during, and after an injury.

Scientists have hypothesized that when a specific portion of the brain is damaged and can no longer function, the brain activates secondary regions to supplement those that are damaged. Marcel Just, a professor of psychology at Carnegie Mellon and senior research psychologist Robert Mason had the unique opportunity to combine Repetitive Transcranial Magnetic Simulation (TMS) with Functional Magnetic Resonance Imaging (fMRI) to measure what parts of the brain are activated and how they coordinate in the presence of an injury.

TMS involves generating a magnetic field to target a specific part of the brain, inducing a temporary virtual lesion. Mason explained that “this non invasive and generally safe technique allowed us to overstimulate a specific region of the brain so that the region cannot carry out its normal function when necessary. We targeted the Wernicke area of the brain that is responsible for speech and asked participants of the study to read sentences of varying difficulty.”

The fMRI enables scientists to see which parts of the brain are working together. Consistent with their hypothesis, Mason and his team found that after simulating an injury in a targeted region of the brain, higher levels of activity were found in three other regions. The contralesional region is made up of areas on the half of the brain opposite the target region; the paralesional region is made up of areas that are immediately adjacent to the target region. Both of these regions immediately worked to supplement the injured region. In addition, the frontal region helped coordinate the contralsional and paralesional regions to ensure that signals were still being sent out to the body.

Mason noticed that “when impairing a region of the brain, other areas of the brain that are connected [to the injured area] also showed significantly reduced activity as well.” This deviated from their expectations: They expected that after simulating the injury, the participants would exhibit a slower performance and have difficulty with the task at hand due to this reduced activity in regions that typically assist with the injured area’s function. However, Mason and his team were surprised to find that the participants actually became better at the task.

Mason presumes, “We could train the brain so that these regions could fill in in the case of more permanent damage.”

He added that “in education, if students were encouraged to find multiple solutions or methods to deriving the correct answer, it would force us to recruit regions that would not normally function for a task.” This would allow the brain to have a more manageable time recruiting secondary regions to supplement an injured region.

Mason and his team are curious whether or not their results would be consistent if they target other regions of the brain. Nevertheless, they are proud of the hurdles they have overcome; Mason feel s like their discoveries “advance the understanding of how the brain functions.”