Emerson hits the slopes for CMU 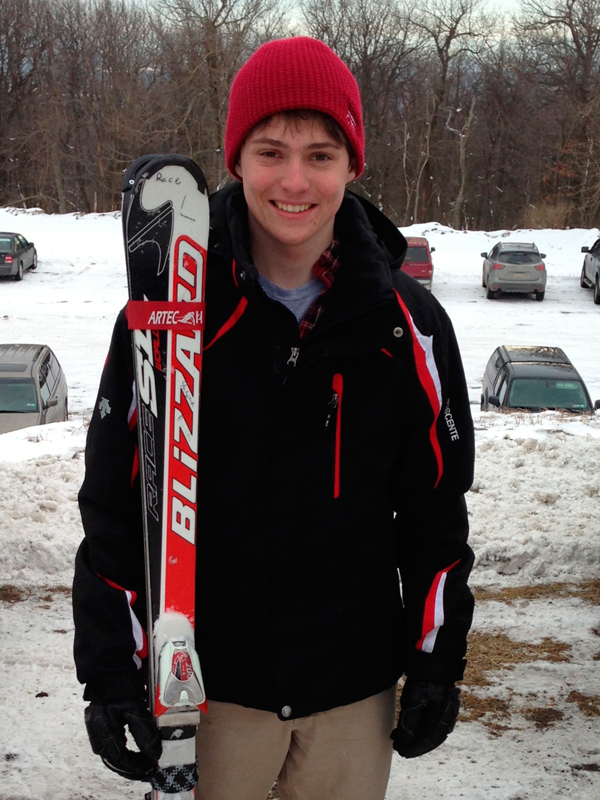 You may have seen first-year electrical and computer engineering major Shepard Emerson merrily biking around campus. However, you may not have seen him swiftly skiing down the slopes at the speed of light, barely visible.

The first-year athlete is the top male skier for the Carnegie Mellon Ski & Snowboard Club this season. He also placed second in a slalom race in Elk Mountain on Jan. 26 and a race in Blue Knob on Jan. 19 among some of the top skiers in the nation, including members of the very competitive Pennsylvania State University and United States Naval Academy teams.

“I’ve been pleased with the results so far. I’ve faced some really good competition with Penn State and Navy, but I’ve shown that I can compete with the best of them,” Emerson said.

Emerson is certainly no stranger to the slopes. He has been skiing since he was four years old and racing since he was 10. Hailing from Norwich, Vt., there was no shortage of great off-trail skiing and mountains for Emerson growing up.

In 2008, Emerson made it to the Amateur Athletic Union (AAU) Junior Olympics in skiing, competing with the best skiers in the East, and finishing in the top half. Although he took a year-long hiatus from skiing his senior year of high school, Emerson now aims to “get back into it” and “race for fun, and race to win.”

But Emerson’s desire to win is equally matched by his support for his teammates. “He’s very upbeat and supportive. He’s very helpful at giving advice to the less experienced skiers,” club president Anna Cederquist said.

From the beginning, Emerson fell in love with the “freedom of being on the mountain.”

“I’m a complete adrenaline junkie. I just love going as fast as I possibly can,” he said.

Emerson satisfies his need for adrenaline and outdoor adventure not only by skiing, but also by rock climbing, running, and biking with Carnegie Mellon’s Cycling Club.

All of these adventures provide Emerson with a welcome distraction from his demanding coursework in the electrical and computer engineering curriculum.

Emerson said that being a member of Carnegie Mellon’s ski team provides him with opportunities to “get away from the city for the weekend, hang with a great group of people, and come back feeling refreshed.”

For now, Emerson has his sights set on racing, with hopes of qualifying for Nationals.

“I think that Shepard will keep doing extremely well and stay involved in the team,” Cederquist said. “He’s definitely someone everyone can cheer for.”