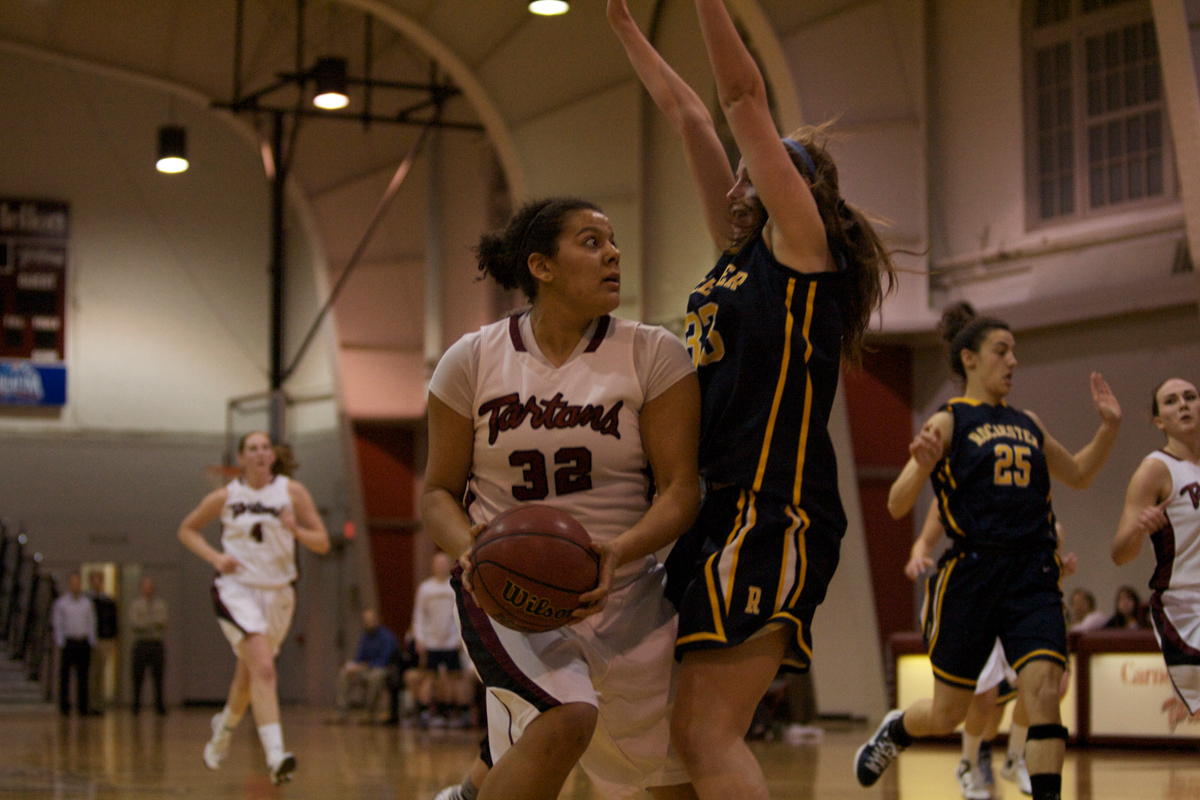 The Tartans defeated the Brandeis University Judges on Friday with a score of 58–50, making the team’s record 12–9 and 4–6 in the University Athletic Association (UAA). Senior forward Peel’s performance was crucial in the game as she led the Tartans with 21 points.

At the break, the Tartans were up five points, and their lead continued throughout the second half. Peel shot seven for eight in the first half for a total of 17 points.

When Brandeis took the lead, Peel scored seven points to put the Tartans back ahead 13–9 with around 40 minutes left on the clock. The Tartans shot 43.3 percent on the court for the first period and forced the Judges into 11 half-turnovers the same period. First-year Liza Otto was also a key player, scoring 14 points, eight rebounds, and four assists, while fellow first-year Lindsay Poss scored a total of seven points. The Tartans scoring percentage in the second half was 38.1 percent, outdoing the Judges’ 36.5 percent. The Tartans also had more rebounds during this same period.

The Carnegie Mellon women’s team then played New York University Violets on Sunday and defeated them by 20 points with a score of 76–56. This secured Carnegie Mellon’s first winning season since 2002–03.

At Senior Day yesterday, the Tartans celebrated their dedicated senior members by presenting them with photo frames and basketball memorabilia to commemorate their careers at Carnegie Mellon.

“Today’s game wasn’t just the last game for the seniors to play at Skibo Gym — it was the last chance for this unique group of girls to play together on their home court,” Goldner said. “I’m so proud of the way we came together today to beat NYU. It’s experiences like today’s game that I will remember for the rest of my life.”

The Tartans finished with a 13–9 record and a 5–6 record in the UAA. Peel, again, was a huge contribution to the Tartans’ success as she scored 14 points. Poss also was a key player and contributed to the win with 13 points and 10 rebounds. At the break, the Tartans led by 14 points with a shooting percentage of 47.1 percent.

In the game-opening 9–1 run, Peel assisted in scoring four points after Otto started the game with a layup. The Tartans never fell behind as they had a 25–9 lead in the first period. Sophomore guard Chandler Caufield and sophomore guard Gabrielle West each had three pointers to continue the Tartans’ lead.

In the second half, Peel, Otto, and Poss each shot baskets to give the Tartans a whopping 60–20 lead that secured a win. West finished with 13 points, making her just a mere two shots away from becoming fourth on Carnegie Mellon’s career-high scoring chart.

“[The wins] felt awesome! It was great to see everything come together after all of the hard work our team has put in throughout the season. We played together defensively and offensively,” Peel said. “I am so happy to have won, but I am really looking forward to our next three games, we still have a lot to get done.

The Carnegie Mellon women’s team will travel to the University of Rochester on Friday for the first of three final UAA games.