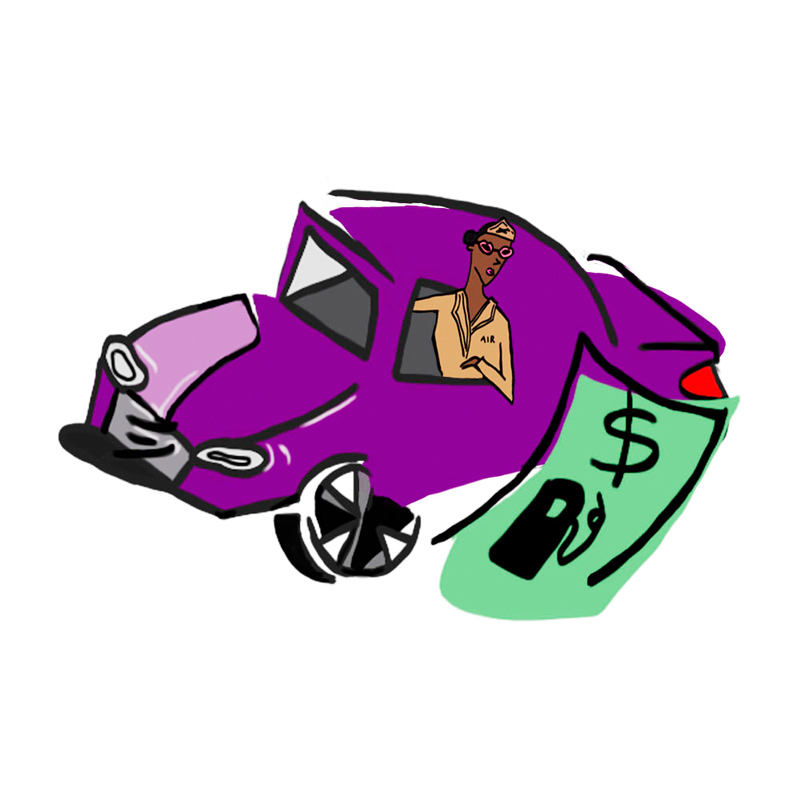 Many Carnegie Mellon University students have recently been targeted by an individual soliciting money in the Oakland area. The suspect, described as an African-American woman, has reportedly been fabricating stories to solicit money from students and Pittsburgh residents.

The suspect, who appears to be in her 40s, has been seen driving a purple Chrysler Sebring sedan and a black Chevrolet Blazer SUV in the Oakland area, as well as a silver Toyota Camry and a minivan. Carnegie Mellon University Police, University of Pittsburgh Police, and the Pittsburgh Bureau of Police have been trying to stop her, but they need assistance.

According to lieutenant Gary Scheimer, the university has had issues with the suspect since 2011.

Scheimer noted that the suspect has posed as various individuals, including “a flight attendant who ran out of gas, someone who had to go to a hospital,” among others.

Although it seems that the students approached were not susceptible to the scam, the suspect has allegedly been very convincing.

According to police reports, the woman stays in her car and fakes a breakdown. She is “persistent and has even given her cell phone number and had people go to ATMs.” Furthermore, she has commonly brought along a young boy of about 3 or 4 years old, whom she calls her son, to manipulate individuals into helping her out.

Already, there have been dozens of cases of people being scammed. She has been spotted throughout the Oakland and Squirrel Hill area, and University of Pittsburgh Police have also been trying to thwart her attempts. Most recently, she has attempted to get money from individuals in the Squirrel Hill area.

Scheimer noted that in August 2011, University Police chief Thomas Ogden sent out an email to the entire campus community warning people about the woman. “She’s stopped a couple times,” Scheimer said, “but then reappears.” University Police already knows the identity of the woman; she has been given a Defiant Trespass Order by Carnegie Mellon that warns her against continuing her activity. But this has not stopped her from continuing to harass people in the area.

Most recently, a female student from Squirrel Hill emailed the police about an African-American woman in a car who stopped her and asked for cash.

Carnegie Mellon officer Daniel Janeda notes that the woman is highly skilled at her craft, and her use of a 3-year-old child during her attempts “makes people compassionate to want to help her.” Despite some awareness about this woman, she has remained very effective in her attempts.

According to Scheimer, the woman has been tried in court multiple times. Scheimer said that a University of Pittsburgh detective has filed charges against her, and she is due in court soon. However, past charges against the woman have been “dismissed multiple times” because victims are not willing to spend valuable time and effort prosecuting a woman who did not steal much money from them in the first place. She usually will take small amounts of cash, occasionally soliciting $50 from a victim.

Another part of the problem with prosecuting her has been that some feel her only crime is lying, which would not warrant a major penalty. Janeda notes there is a “slippery slope because she’s asking for money.”

However, Scheimer feels a line has been crossed with the particular individual because she is partaking in “a coercive action with theft by scam, so it’s just a matter of getting victims to come testify.” The fact that she has also disregarded the Defiant Trespass Order will help the police build a case against her in a future trial. The police believe the woman has been so convincing that not every case has been reported, as individuals have thought she legitimately needed help.

Je-Hoon Oh, a first-year chemistry major, was glad to have been alerted to this ongoing scam, noting that he believed the woman’s actions to be “classless.”

University Police ask students to be vigilant and aware of this woman’s behavior. Regarding the variety of vehicles the woman has used, the police urge students and faculty to understand that she may be driving in other vehicles.

She usually pulls up to curbs to provoke her would-be victims; she likely prefers staying in her car so she can flee quickly if necessary.
Many Carnegie Mellon students have already heard of this issue and have known friends who were solicited by the woman.

However, newer students are unaware of the solicitation.

Reaction to the scam was that of concern.

If you see this woman and you are not in any danger of harm, the police ask that you call University Police if you are on campus and the Pittsburgh Police (911) if you are not.

Try to discern where she is going and the make and model of the vehicle she is driving.

If you are given the woman’s number, you can verify it belongs to her by going to www.800notes.com.

Janeda, however, stresses that safety is “number one” for anyone who comes in contact with the perpetrator.

Police just need a student to come forward and be willing to aid them in their quest to prevent this woman from pestering individuals in the area.