Allstar Weekend shakes it up 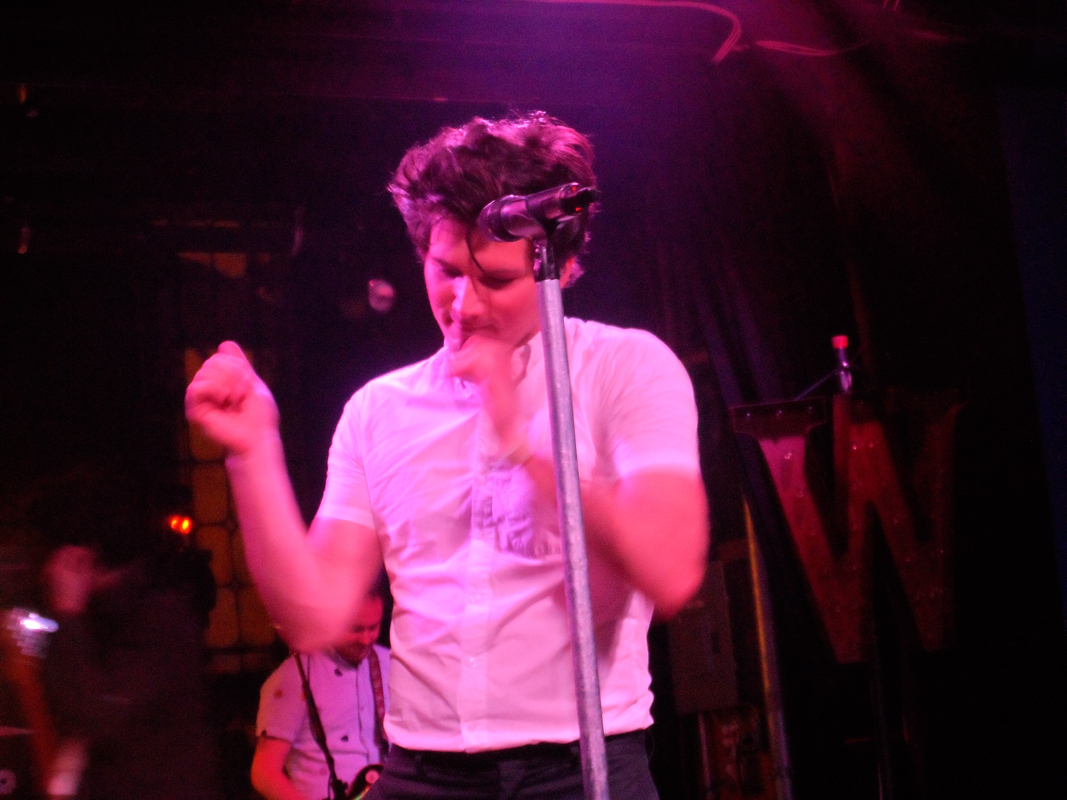 Teens of Pittsburgh were in for a great treat last Wednesday when California-based pop band Allstar Weekend performed at the Altar Bar. The band is famous for its catchy pop songs, such as “Hey, Princess,” which was featured on the Disney Channel.

Allstar Weekend was no stranger to the venue; the band had performed there last year as well. This stop on the tour was Allstar Weekend’s last; the band is taking a hiatus after this concert, so Wednesday’s performance was a chance for fans to say goodbye to the beloved boy band.

The show kicked off with a native Pittsburgh band called the Sleeper Pick. The four-person pop rock band was a good attempt to start off the show, but because the audience was unfamiliar with its songs, it was hard to raise the energy of the crowd and people started getting restless.

Thankfully, the next band, Beneath the Sun, had a larger fan base. With the band members’ outrageous hair and fresh new talent, fans were eager to scream along to their music.

The next performance was given by YouTube star Tiffany Alvord. Although she was very talented and sweet, her songs were met with derision from the audience. Her music style was very different from that of the rest of the bands, as her voice was only accompanied by her acoustic guitar. Amid laughter and remarks of, “Why is she here?” Tiffany Alvord struggled to capture the attention of fans who were really only interested in the boy bands to follow.

The second-to-last band, Cute Is What We Aim For, caused a huge stir in the crowd. Many people had come just to see them, so there was a huge surge in the crowd when they appeared on stage. One boy knocked his way to the front, abandoning his girlfriend in the back with all the preteen girls, where he proceeded to sing his heart out along with the lead singer. The band’s alternative rock style and the lead singer’s inspirational messages between songs made for a very enjoyable performance.

There was a sizable time gap between Cute Is What We Aim For’s performance and Allstar Weekend’s appearance. The audience started to get restless and chanted for Allstar Weekend to come on stage. When the band finally appeared, it was met with shrill screams.

Allstar Weekend kicked off with one of its characteristic high-energy pop songs. Lead singer Zachary Porter tended to dance around a lot, doing hip thrusts as he sang, while lead guitarist Cameron Quiseng preferred to stand still and smile seductively at the audience. It was slightly disappointing that this band had the weakest vocals of the bunch, although most of the audience didn’t seem to mind.

In the middle of the concert, the band members announced that this was their last tour as Allstar Weekend and thanked their fans. They also popped out with “Musical Twerks,” an Allstar Weekend tradition where they pull out members of the audience to dance on stage. Porter’s comment that the girls could use his mic stand as a stripper pole was a little inappropriate considering that most of his fans in the audience were in high school, but they seemed to love the comment. When the boys left the stage, fans started screaming for an encore, and the band finally reemerged in denim overalls and finished with a dance for the fans.

After the concert, the crowd was given a chance to meet and greet all of the above bands that had performed. All of the musicians were selling merchandise, and most of them were by their tables talking to fans. They were all very friendly and open to chatting, giving out autographs, and talking about their music.

Overall the concert was very enjoyable. The upbeat songs excited the crowd, and the pop rock music was a good mix to let loose to on a Wednesday night.