Student activity a great way to shake up campus life 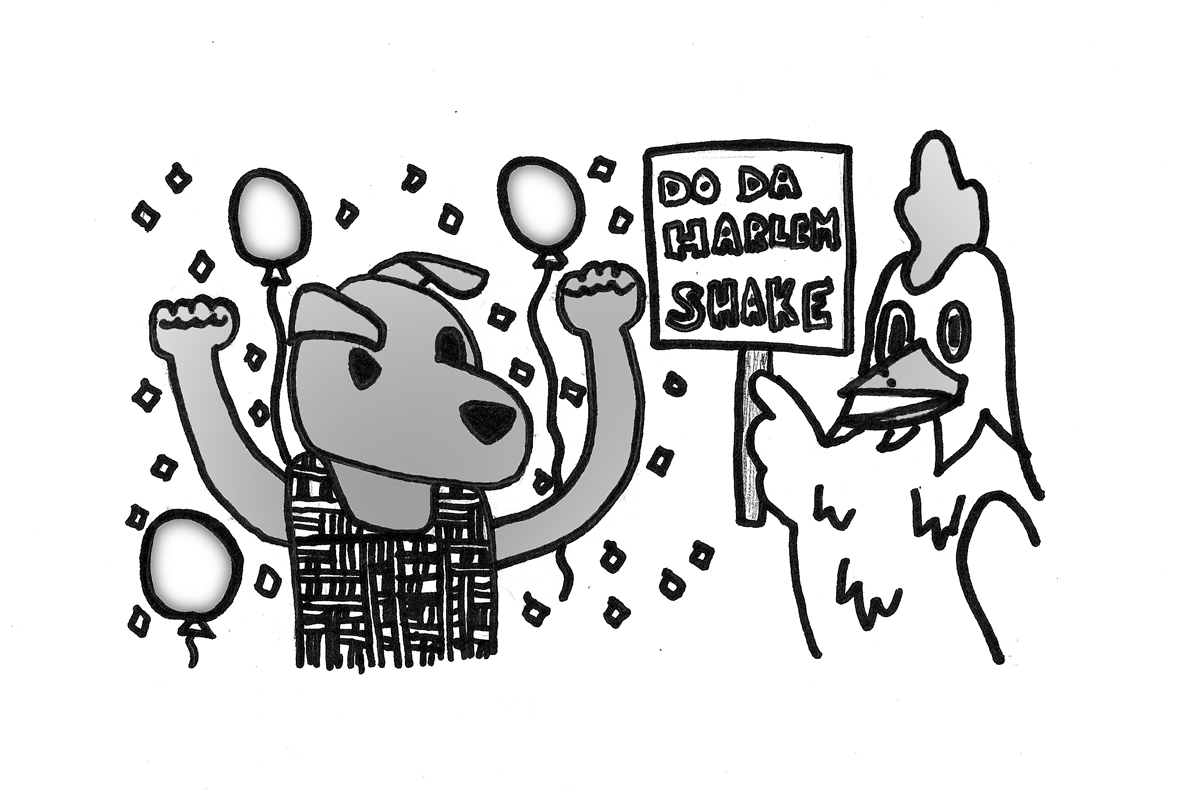 First came the hamster dance, then Gangnam Style, and now the Harlem Shake. Carnegie Mellon students performed the latest Internet dance sensation for a YouTube video as part of the growing trend of Harlem Shake videos.

While many people have become annoyed with the phenomenon, we applaud the members of the Carnegie Mellon community for having a little fun and participating in this bizarre pop culture phenomenon.

Performed by celebrities such as T-Pain, Matt & Kim, and even Wayne Brady, the Harlem Shake has become a small but integral event in modern Internet culture.

On top of that, the Hunt Library location was well selected, adding a sense of irony for viewers acquainted with Carnegie Mellon. Not only did the stunt provide the third floor — also known as the quiet floor — with the most fun it has seen in years, it also paid homage to the library’s satirical nickname “Club Hunt.”

Additionally, the ridiculous costumes (or lack thereof) that students wore — including a chicken suit, a banana, and the campus mascot, the Scotty dog — were welcome additions to the video; they are sure to elicit a few laughs and a sense of pride from some members of the community.

This activity was well implemented despite its spontaneity and the short time organizers had to find interested parties.
We hope that this trend of quirky campus activities — including Zombie Runs hosted by Alternative Breaks and Donut Dash run by SAE — does not die out, as we foresee will happen with the hype surrounding the Harlem Shake.

Rather, we encourage students to continue participating in activities that bring them into contact with people they would not otherwise meet during their weekly routines on campus.

After all, college is about the experiences with your fellow peers and the surrounding staff; what better way to create bonds than to participate in activities that automatically create a sense of community and camaraderie?