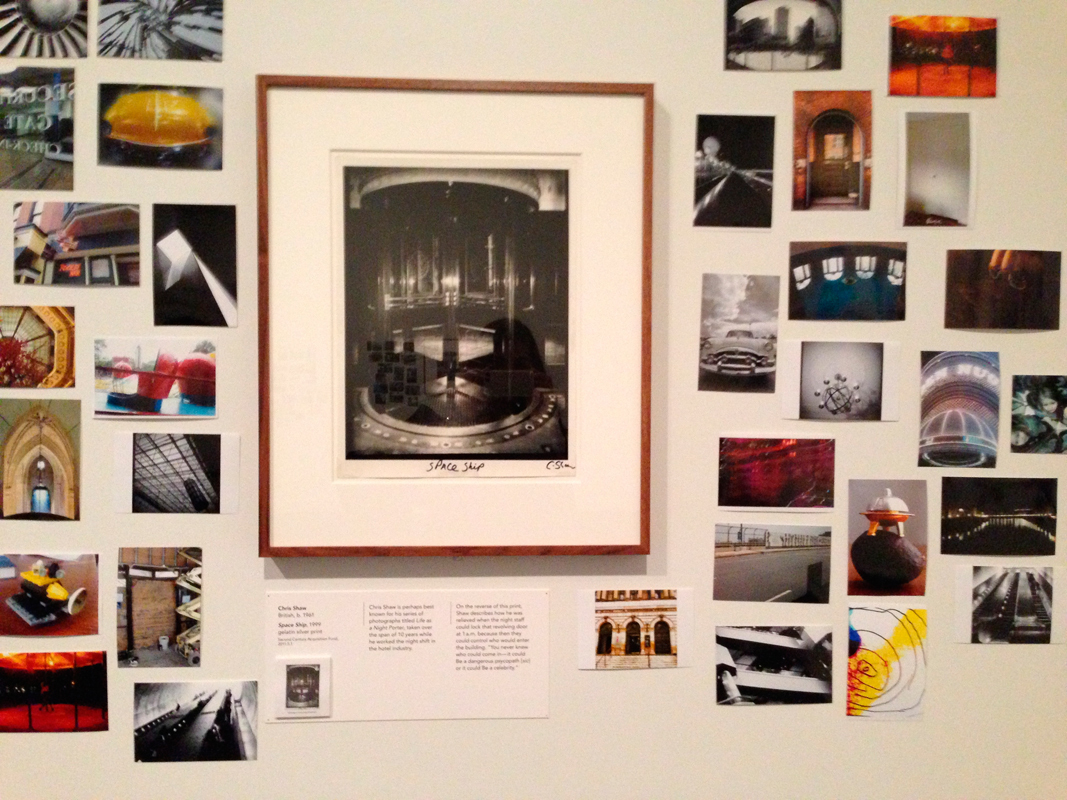 The interactive exhibit features inspirational photos, such as “Space Ship,” featured in the center, surrounded by photos taken in response by museum visitors. (credit: Nikita Mishra/) 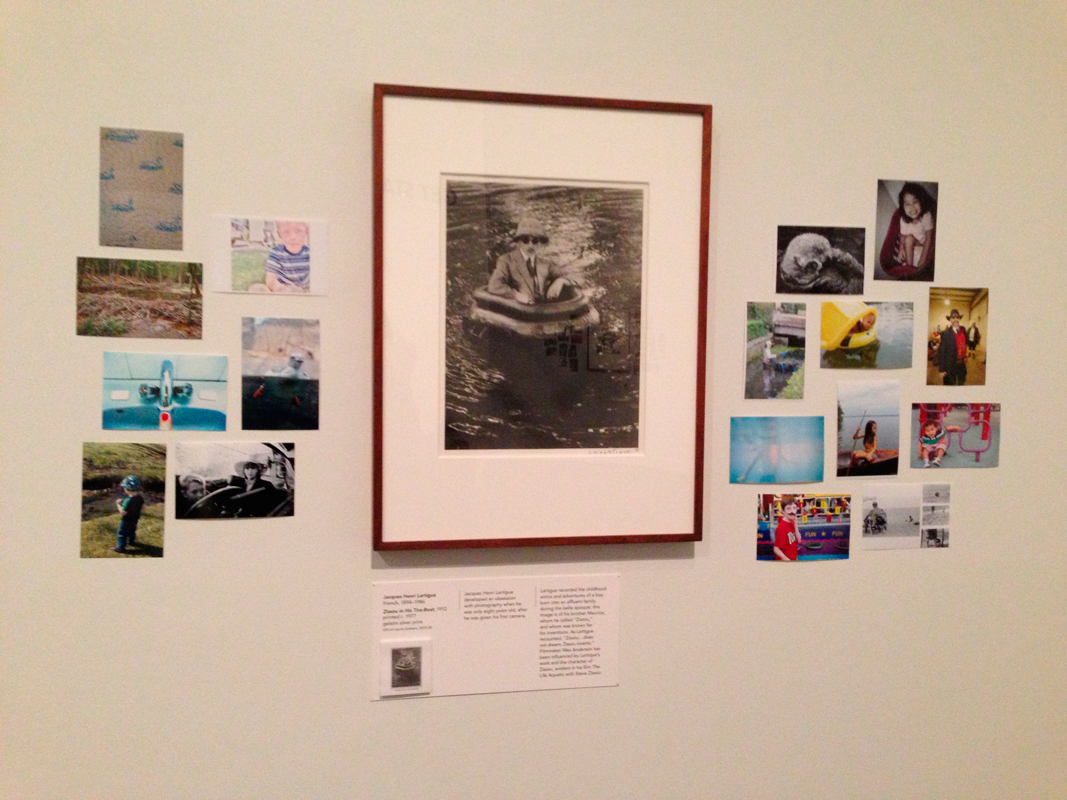 The museum has left plenty of blank space on the walls for any additional contributions. (credit: Nikita Mishra/)

The exhibit Oh Snap! Your Take on Our Photographs, which launched at the Carnegie Museum of Art (CMOA) last Thursday, is based on 13 photographs that have recently been added to the museum’s collection. Described as a “collaborative photography project” by the CMOA website, Oh Snap! is a reflection of the museum’s efforts to increase public interest in photography by inspiring people to take pictures and share them.

As part of the exhibit, visitors are invited to submit photos that connect to one of the 13 pieces. Anyone who visited the exhibit the day after its opening would have seen the already-abundant response. Set in a large, open space just across from the entrance to the museum, the exhibit features several small “response” photographs arranged around the original inspiration photo. The space also leaves plenty of room on the walls for photographs to come; it will be interesting to see if the exhibit eventually receives enough photos to completely cover them.

Although there are plenty of photos lining the entrance, the piece that immediately captures one’s attention is a sequence of photographs titled “The Bogeyman” by Duane Michals. As one would expect from a sequence, each photo is a continuation of the previous one, visually telling the story of a little girl being carried away by a figure, initially pictured as clothes hanging on a coat rack, that suddenly becomes animated despite keeping the same appearance.

The only sequence of photographs in the exhibit, “The Bogeyman” is unique; looking through this collection is somewhat like watching a movie. The advantage of a sequence of photographs is the opportunity to go back to the picture where the girl confirms that there is nothing on the coat rack, and to then compare it to when the clothes materialize into a figure.

Michals’ collection of photos is surrounded by several other eerie black-and-white images submitted by visitors. The connection to the theme is certainly existent, even though each photograph has the ability to tell its own story.

“Space Ship” by Chris Shaw is another photograph that sparked a memorable collection of images. Interestingly, Shaw is best known for a set of photographs that were taken over his 10 years working the night shift at a hotel, which he suitably titled “Life as a Night Porter.”

The image itself is just a revolving door, but like many others in this collection, at first it does not appear to be what it actually is. As indicated by its name, the revolving door is pictured in such a way that it does look like a spaceship at first glance. The majority of the images inspired by “Space Ship” consist of buildings and scenery photographed at unique angles or in distinct lighting that emphasize aspects one would normally overlook. An object as common as an escalator, for example, can appear strange and futuristic when pictured in black and white at an angle that makes it look endless, as seen in the response photographs to “Space Ship.”

“Space Ship” and “The Bogeyman” inspired only two of 13 collections featured in the Oh Snap! exhibit. While each collection is distinct, the entire exhibit is connected by the observation that all of the images taken are of daily life; they feature everyday objects and ideas to which visitors can relate. Many photographs feature people, including one collection that focuses on the effect that humans have on the landscape, a response to the inspirational piece “Rollerblades, Bonneville Salt Flats” by Richard Misrach. Another collection examines hair in response to the piece “Mkpuk Eba HD 694/74” by J. D. ‘Okhai Ojeikere.

The current themes of the collections may change as others submit more photos, making this ever-changing exhibit all the more interesting. Each photo represents a distinct background, a unique story, or a different lifestyle, making people and their everyday lives the central theme of the Oh Snap! exhibit.