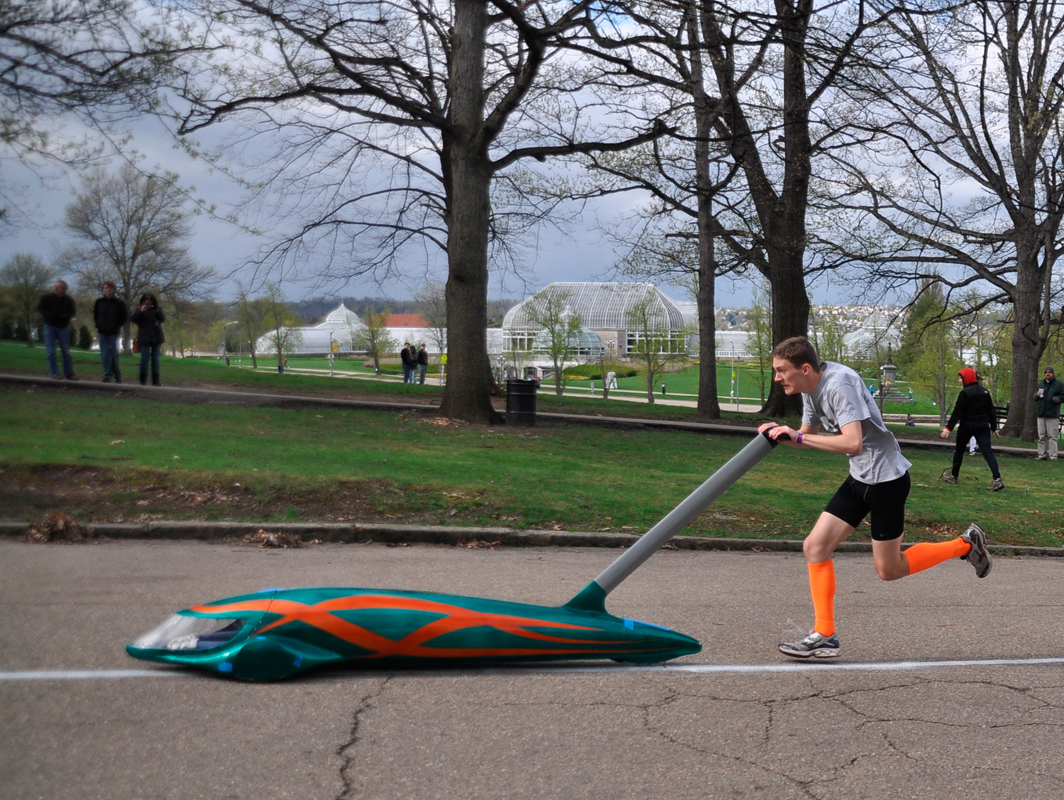 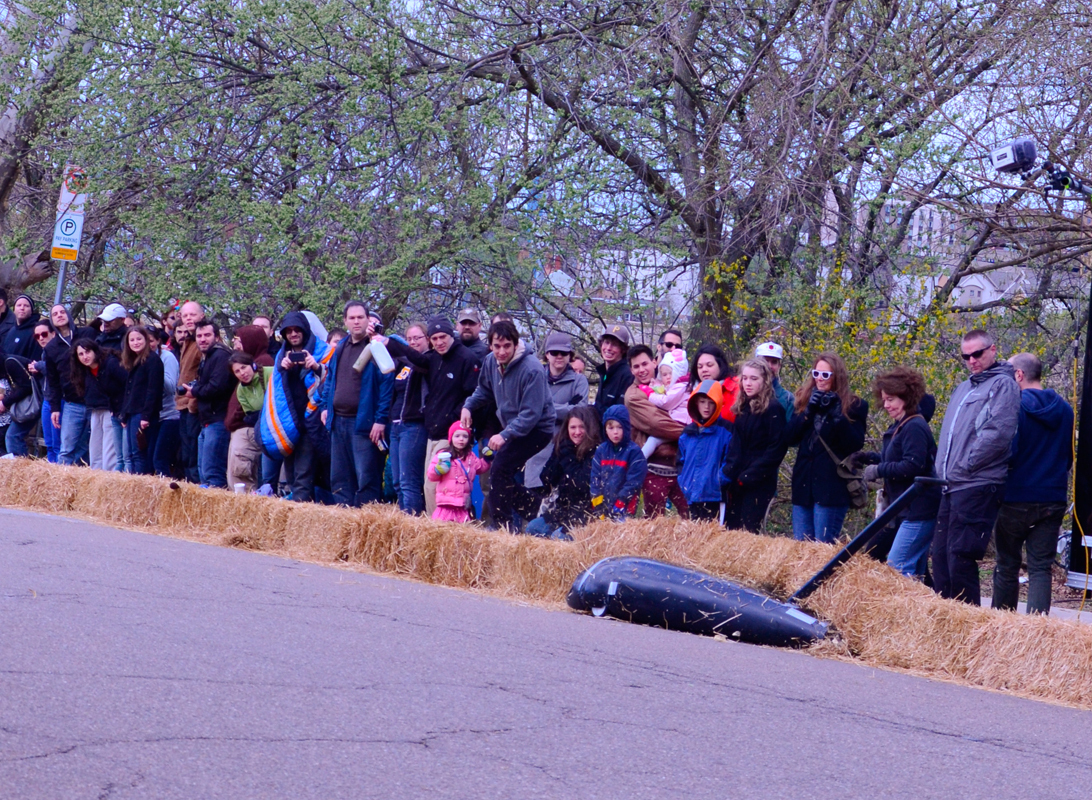 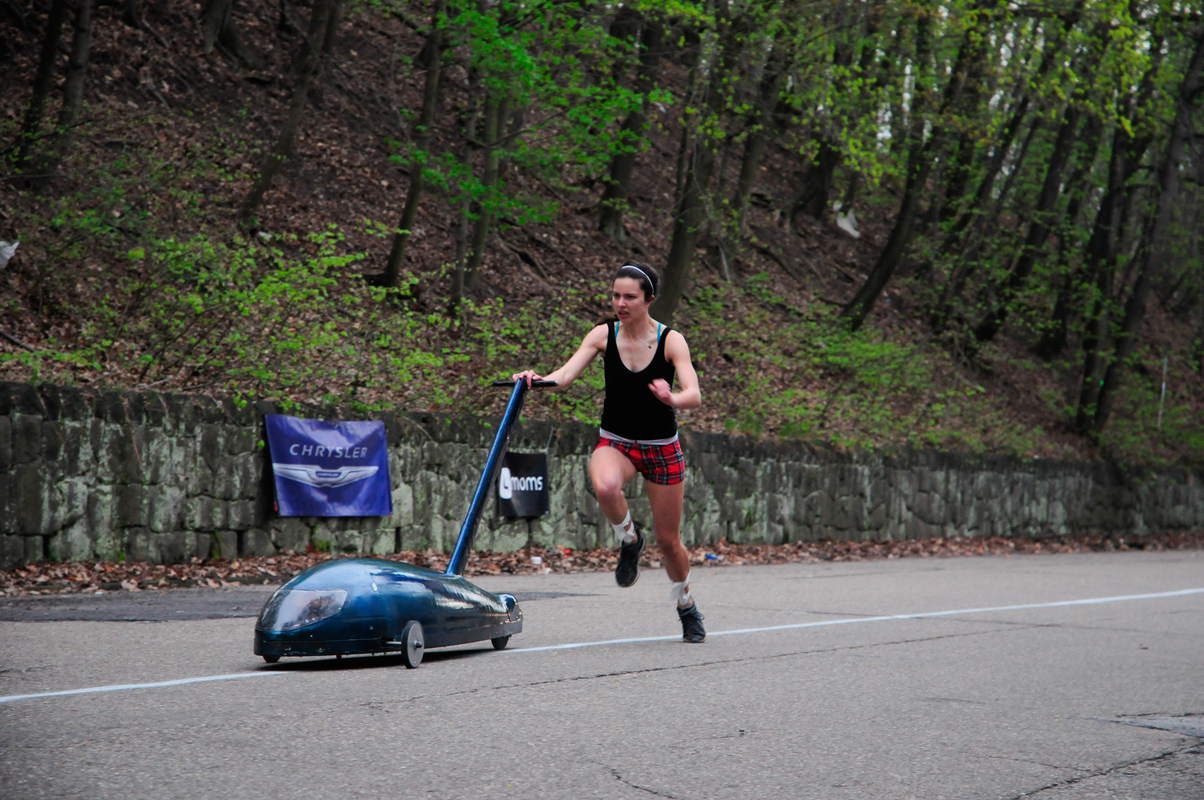 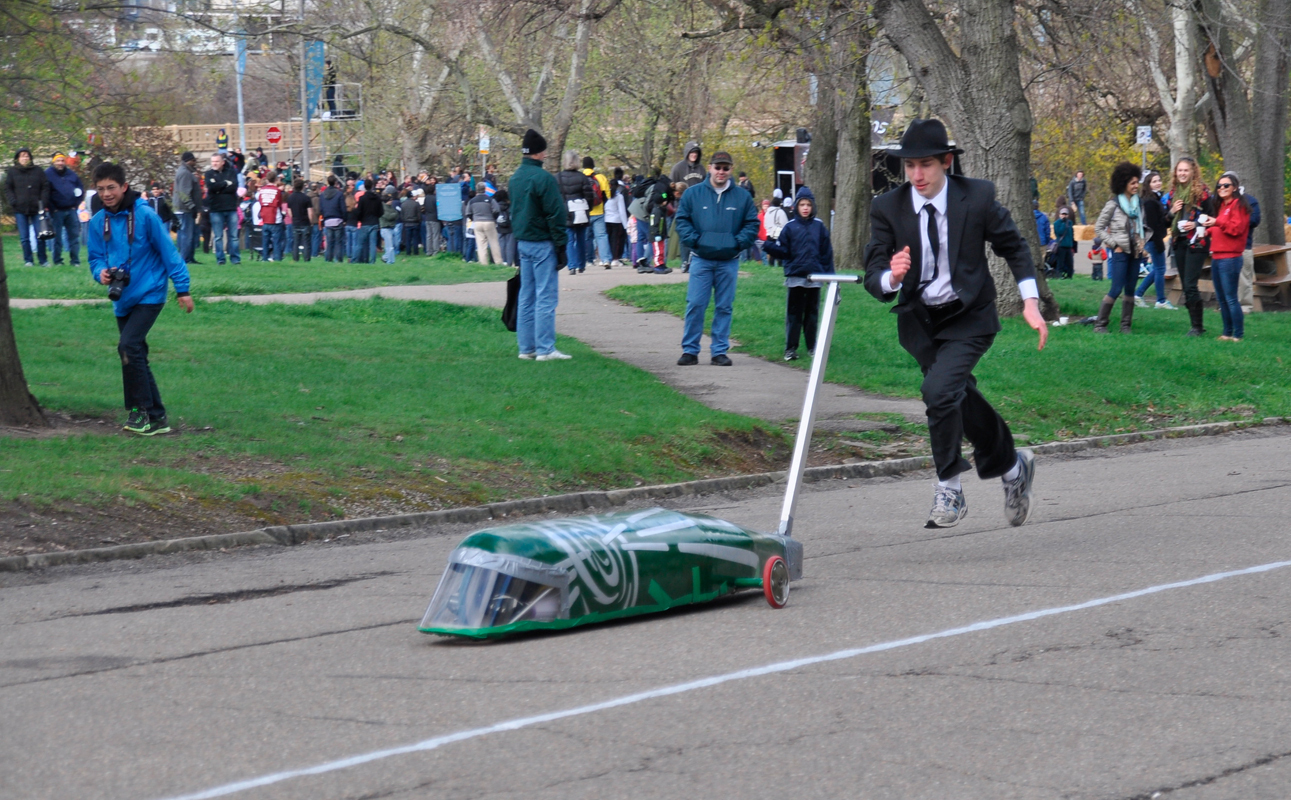 Students, alumni, and parents crowded the sides of Tech and Frew Streets last Friday and Saturday to watch the 94th annual Sweepstakes competition — or Buggy, as it is better known within the Carnegie Mellon community. The Student Dormitory Council (SDC) came out on top once again in both the men’s and women’s races, with its A teams winning both races by about a four-second margin. This is the third year in a row that SDC won the women’s race, and the second year in a row that it has won the men’s race.

Eleven organizations competed in the race around the 0.9-mile course this year. In addition to long-established buggy organizations like Sigma Alpha Epsilon (SAE), which has participated in Buggy off and on since the 1920s, there were two newer additions to the competition: Apex, which raced for the first time in 2012, and Reserve Officers’ Training Corps (ROTC). Although the Air Force ROTC competed in Buggy from 1987–90, this is the first year that Carnegie Mellon’s Naval ROTC has competed.

Friday’s preliminary races were cut short because of rain, but not before the 19 women’s teams held their preliminaries. SDC A gave a hint of what was to come in the next day’s races, finishing the women’s preliminary a full 10 seconds faster than the next closest team, CIA A. Fringe A would have come in second place behind SDC A, had they not been disqualified for safety violations. There were only four heats on the men’s side before rain forced the preliminaries to end, but SPIRIT A took the lead in races that were completed, with a time of 2:13.408. Of the races that did occur, there was one mishap — in a heat against ROTC A and Fringe B (who failed to show), SDC D was in the lead until the buggy spun out while going around a curve. SDC C and Fringe B were given a second chance, though, as all 28 men’s teams were rescheduled to race on Saturday because of the rain.

Although Saturday morning was windy and cold, there was no rain, allowing the races to proceed. This was the first time in several years that Buggy held a full second day of races, as the final races were cut short due to rain in both 2011 and 2012.

As one of the WRCT commentators noted, the buggies tend to go slower in cold weather since it makes the roads colder. This did not seem to affect the teams’ performances too much, though, as there were still several excellent times put in. The SDC men’s A team won with a time of 2:04.987, only about 1.5 seconds behind the all-time record of 2:03.30 that SDC set in 2009. Sigma Phi Epsilon (SigEp) A and Pi Kappa Alpha (PiKA) A — who placed second and third, respectively, in the men’s race — also did well, both performing incredibly close to last year’s times.

As in the preliminaries, there was only one crash: Sigma Nu A’s buggy, nicknamed Bungarus Krait, spun out of control around a curve in the chute and crashed into the hay bales lining the course’s edge.
Since all 28 of the men’s teams had to compete on Saturday, it took far more time than originally scheduled to complete the men’s finals. Sweepstakes committee thus announced around 11 a.m. that the women’s finals would be canceled, making the scores from the preliminary race the final scores.

However, soon after, the commitee rescinded its decision and announced it would be holding the final races after all, causing the buggy teams to frantically reorganize for the races. Buggy participants down by the trucks had mixed emotions; some sprung into action, while others protested the change. “I just ate,” one pusher bemoaned when she heard the news.

“We were ready to pack things and be done, so no one’s prepared to unload the buggies and get the wheels heated, and we don’t know where all our pushers are,” said senior Ben Pattison-Gordon, a pusher for the CIA B team.

“They all dispersed because they thought they were done,” said Jessica Phoa, a sophomore pusher for CIA women’s B team. However, as Pattison-Gordon noted, it was also understandable that some seniors wanted to get their last pushes in.

Junior Taryn Monteleone, Fringe president and pusher on hill two for the Fringe B team, said she was “satisfied” with Fringe’s overall performance. “We had a brand new team of people in charge,” she said. “Overall, as a team, I think we grew a lot.”