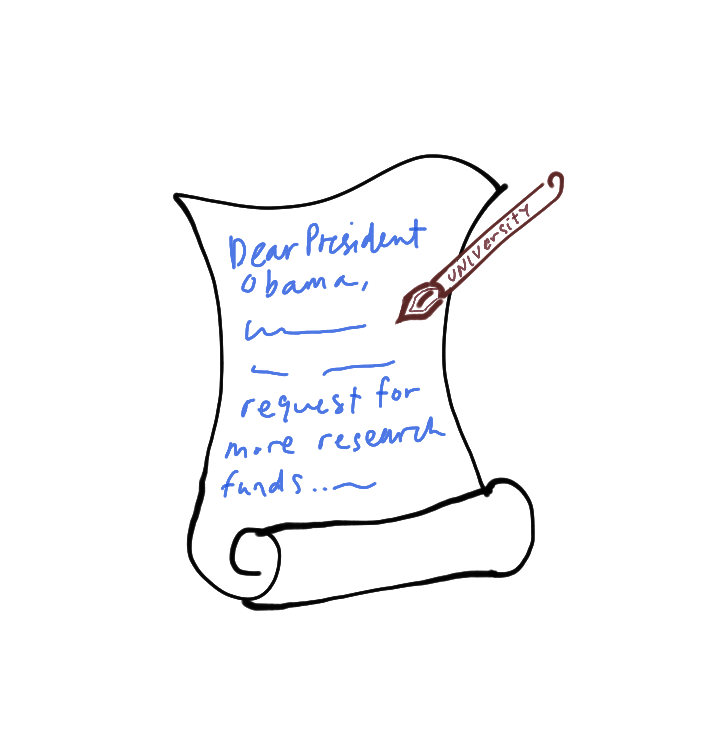 University leaders as well as the AAU and APLU are concerned about cuts to federal investments in research and higher education at a time when other nations are pouring resources into these areas. According to the Innovation Deficit website, “These leaders believe the nation needs sustained investments in research and higher education to develop the ideas, people, and innovations that power the nation’s economy ... ensuring that the U.S. maintains its role as global leader. They also believe that the growth supported by innovation will help the nation address its fiscal challenges.”

The letter, addressed to President Obama and members of the 113th Congress, opens by saying that “our nation’s role as the world’s innovation leader is in serious jeopardy [because of] eroding federal investments in research and higher education [and] additional cuts due to sequestration.”

According to the letter, the United States’ lack of investment in research coupled with the enormous resources other nations are putting into these areas has created a so-called “innovation deficit.”

Ignoring this deficit, the letter says, will have many long-term consequences, including a less skilled work force; fewer research breakthroughs in science and technology based in the U.S.; fewer U.S. patents; and fewer startups, products, and jobs.

While the letter acknowledges that solutions to many of the major governmental issues in the United States are unclear, it is clear “that the nation’s fiscal woes must include sustained strategic federal investments in research and student financial aid.”

It ends with a call to action, asking the president and Congress to “reject unsound budget cuts and recommit to strong and sustained investments in research and education.”
Anthony Rollett, professor of materials science and engineering, both critiqued and praised the letter.

“I definitely think that it’s a good, well-written letter and that it is important for the academic community to speak up. I also agree with the general idea that the real damage is to long-term competitiveness. For example, we are leaders in large machines like accelerators, synchrotrons and free electron lasers (that have very large populations of users) but this won’t last without continuing investment,” said Rollett via email.

Rollett also said that he “wish[ed] the letter had put more emphasis on the cuts restricting the pipeline of highly trained people.”

Nielson, who is a Fulbright Summer Institute Participant, said, “More funding for research would be great. But like with corporate funding of university research, dependence upon government funding might cause the research to respond to particular politically motivated interests.”