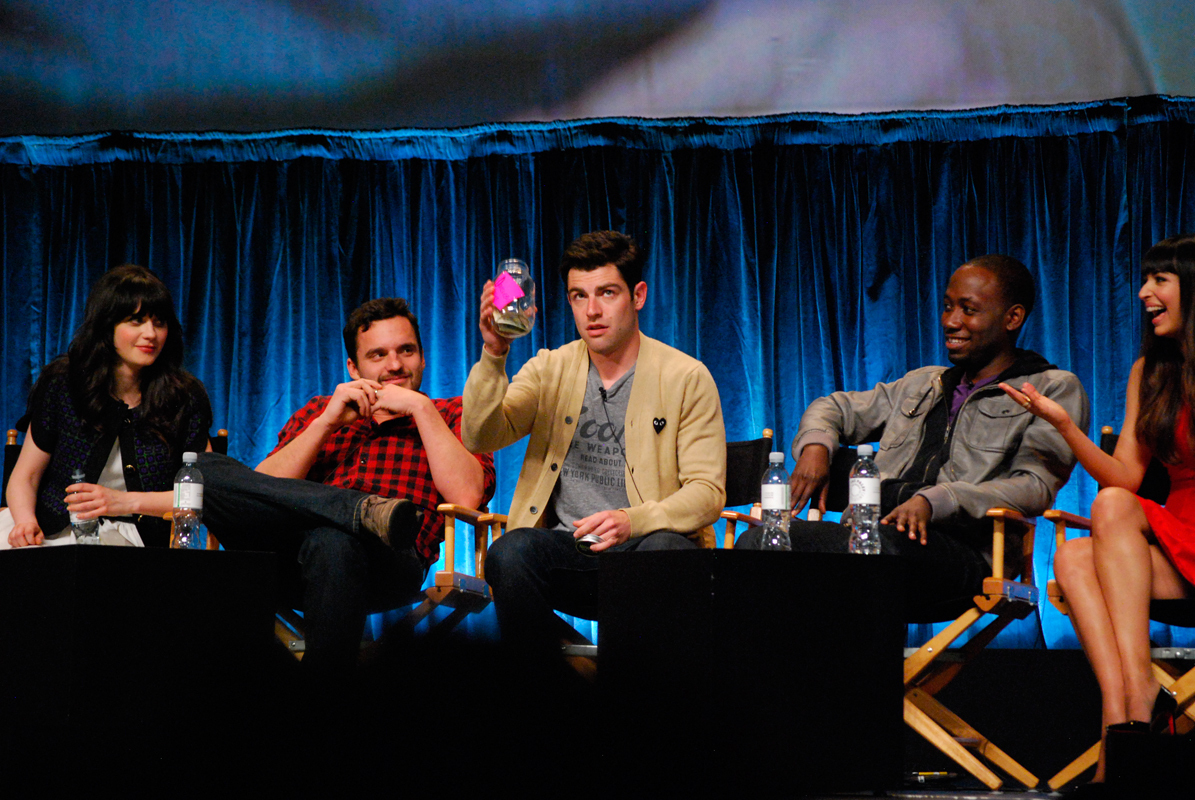 Warning: This article contains spoilers for the first and second seasons of New Girl.

Fans of Zooey Deschanel know that the popular and — according to FOX — “adorkable” TV show New Girl will resume with its third season this Tuesday at 9 p.m. The second season finale left us with Cece’s (Hannah Simone) three-hour traditional Indian wedding, during which she left her fiancé Shivrang (Satya Bhabha) and acknowledged her feelings for Schmidt (Max Greenfield). Unfortunately for Cece, Schmidt had renewed his relationship with Elizabeth (Merritt Wever), his college girlfriend, after he and Cece broke up. Confronted by the choice between Cece and Elizabeth, Schmidt literally ran away.

Meanwhile, Jess (Deschanel) and Nick (Jake Johnson) flounder at the possibility of having something more than friendship, and Winston (Lamorne Morris)... well, Winston provides comic relief.

This drama leads to two main questions that FOX has indicated will be answered during the upcoming season: Who will Schmidt pick? And will Nick and Jess become a real couple? On its website, FOX has also revealed that “Winston will get serious about taking control of his own love life,” hinting that he might finally get his own storyline.

Returning guest stars include Brenda Song, who played Winston’s girlfriend Daisy in the past season, as well as Damon Wayans Jr., known on the show as Coach. He left after the show’s pilot episode to star in the show Happy Endings, but he returns to New Girl following the cancellation of Happy Endings.

In an interview with tvline.com, Morris indicated that Daisy will appear in only one episode, confirming suspicions that Winston and Daisy will break up. Coach is rumored to be in at least four episodes this season. New guest stars include Angela Kinsey from The Office, Eva Amurri from Californication, and Dreama Walker from Don’t Trust the B---- in Apartment 23. The three are set to play a clique of “mean girl” teachers at the new school where Jess will begin working in the second episode of season three. This episode, titled “Jacooz” will feature Jess seeking Nick’s advice on how to fit in with the “cool” teachers, Schmidt at an office party gone wrong, and Winston suspecting Daisy of cheating on him.

What about the first episode? The promo video shows Jess and Nick crossing the border into Mexico and getting in trouble there, while Schmidt tells both Elizabeth and Cece separately that he’d like to be with them. It has the potential to be funny, but if the writers have only planned the third season to focus on lingering problems from the second, it can quickly become bland. Jess and Nick can only be an awkward couple for so long. This leads to the question of what would happen if their relationship does, in fact, work out.

Some of the most entertaining episodes in the past have centered on Jess’s love life, ranging from the time she has to pick up her things from ex-boyfriend Spencer’s house to when she tries to prepare a Thanksgiving meal for fellow teacher Paul, whom she had been dating. Nick and Jess’s relationship has been moving quite slowly so far, and the writers need to change things up. The same goes with Schmidt’s relationships. Though the show might still be funny, the writers need to vary the storylines to make sure that it remains interesting.