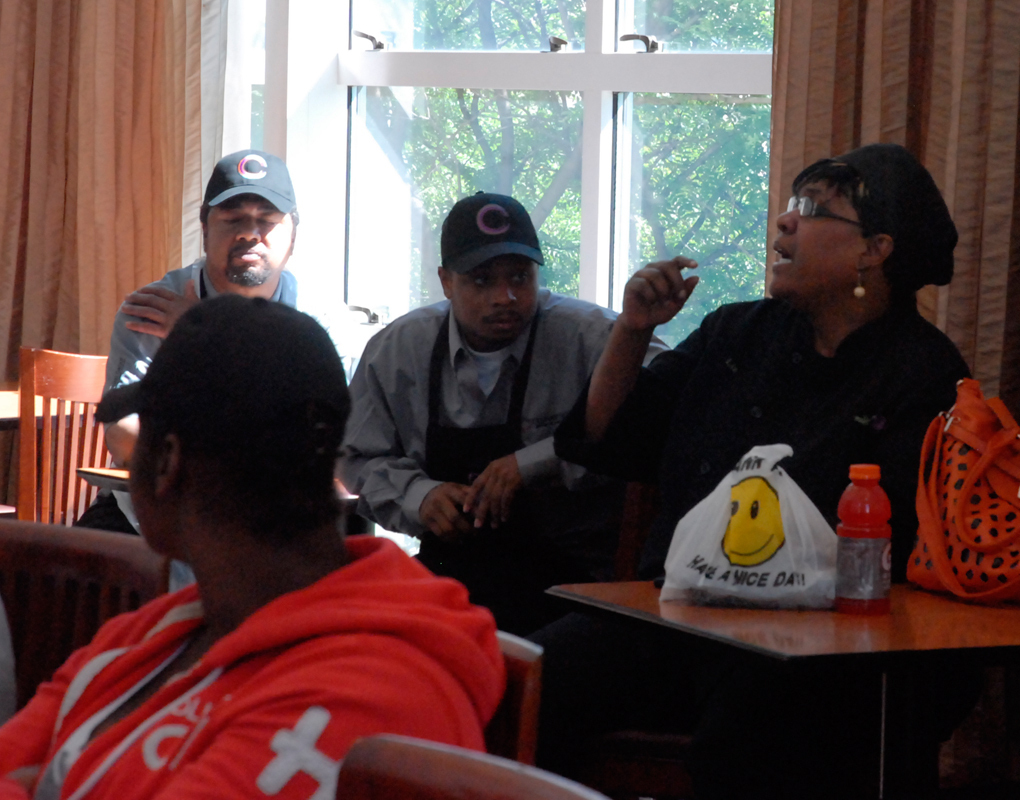 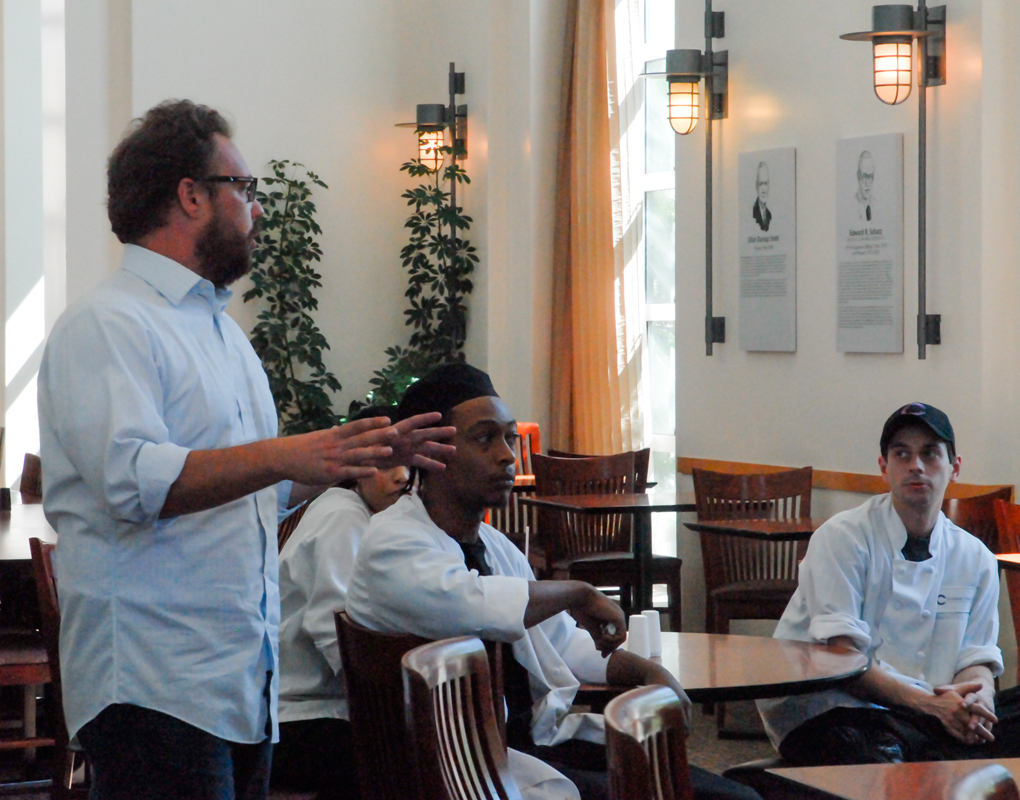 Many CulinArt employees stepped out from behind the cash registers of Entropy+ and Carnegie Mellon’s campus eateries onto the sidewalk of Forbes Avenue to hand out flyers asking for increased wages last Wednesday.

Since the university’s contract with CulinArt Inc. expired on June 30, 32BJ Service Employees International Union (SEIU) — the union representing Carnegie Mellon’s service workers — has been fighting to increase the wages of it members at Carnegie Mellon.

CulinArt employees at Carnegie Mellon currently earn $10.30 per hour, which is $3.05 over the minimum wage in Pennsylvania.

Workers have been complaining that although the price of the meal plan has increased by 37 percent in the past decade, the revenue has not been passed onto the employees.

According to 32BJ SEIU calculations, the average Carnegie Mellon CulinArt employee gets paid $21,424 per year.

The union believes that CulinArt employees are not being paid wages comparable to their skill sets, which include learning how to cook, avoid cross-contamination, be aware of food safety zones and food temperatures, and learn how to accommodate to various dietary needs.

32BJ SEIU field representative Peter Schmidt commented, “In some fast food places, service workers are making as much as $15 per hour, and most of the skills learned by CulinArt employees are not required there at all. Workers here are providing a very specific skill sets and should be compensated financially for that.”

Schmidt added, “One of the things we are trying to accomplish with our union membership is to make sure that everybody has one good job that they can rely on without having to work a second or third job. So that they’ll have time to go back to school if they want to, spend time with their families, live a normal life instead of constantly working.”

Due to the nature of working at a university, many CulinArt employees are laid off for holiday breaks.

“Whenever I get off work in the mornings, I sit downstairs and watch T.V. until 5:30 when I can take the bus. I won’t get back to my home until 6 a.m., which is about the time everyone else is waking up,” Davis said.

Right now, 32BJ SEIU is in talks with CulinArt to negotiate a new contract that could potentially offer its Carnegie Mellon employees better wages for the next four years.

In the past, Carnegie Mellon and its previous food service company Parkhurst, were able to negotiate agreeable wages.

This year, through flyers, CulinArt employees and 32BJ SEIU hope to raise awareness among students about increasing their wages.

“Our goal is that we want people to understand that the folks who cook the meals and have these personal relationships with the students, they’re also real people who have real lives too,” Schmidt said.

“They’re trying to keep up with the rising costs of everything that students have to deal with — the gas, the rent, groceries, bills,” he added.
“Support from students and the university is an effective thing. For the workers, it is helpful being able to know that the people who they work for actually appreciate what they do,” Delaney said.

Senior economic and statistics major Bernard Yuan commented on the situation, lobbying for raising the wages of CulinArt employees.
“The backbone of your business is your workers, and if you can’t satisfy your workers, you don’t have a strong backbone, and you’re not going to have a quality business,” he said.

“If the workers are not happy, I feel like management should do something about it because if the workers are satisfied, they will ultimately be more efficient and deliver more quality service. So I’d be okay if they raised the wages,” Yuan continued.