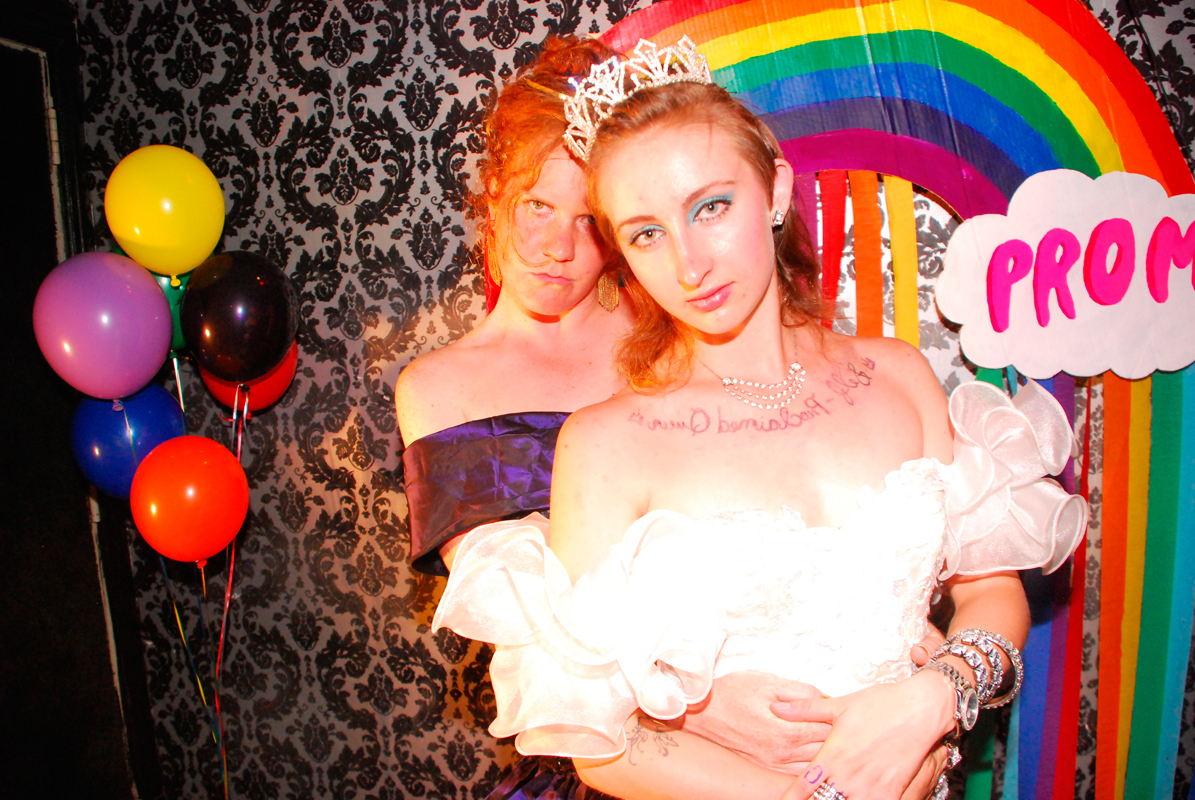 Part of a retrospective exhibit on the art of Genesis Breyer P-Orridge, “Dopplegangered” is among many photographs in S/HE IS HER/E that challenge conventional notions of gender and sexuality. (credit: Courtesy of the Andy Warhol Museum)

True to form, the Andy Warhol Museum currently has three unique and thought-provoking exhibits set to close on Sept. 15. S/HE IS HER/E is a retrospective on the work of artist Genesis Breyer P-Orridge; All Through the Night features photographs of Pittsburgh’s LGBT community taken by photographer Caldwell Linker; and The Patron Saint of White Guys That Went Tribal and Other Works features sculptures by artist Nick Bubash.

This exhibit features the work of Genesis Breyer P-Orridge (born Neil Andrew Megson), a revolutionary artist who has been creating since the mid ’70s. The pieces in this exhibit definitely make a strong impact.

Exploring themes such as open-ended conceptions of identity and rebelling against societal norms regarding sexuality, S/HE IS HER/E features a number of collages that are incredibly violent and sexual. “Untitled” is a passport photo showing two different versions of the same underlying face, while “Princess of Clubs” features images of sexual bondage. At times, S/HE IS HER/E can be overwhelming, but one thing is for certain: This exhibit will make you think more than any other exhibition currently at the Warhol.

All Through the Night

This simple exhibition of Linker’s work celebrates the human experience while showcasing Pittsburgh’s vibrant LGBTQ community. One walks in and sees an entire wall of photos depicting life in all its ups and downs. “Veruca, After Getting Beat Up” depicts a young person with a black eye in the shower, highlighting the struggle for acceptance still faced by the LGBTQ community.

Not all the photos are so somber, though. “Lee Relvas & Silky” portrays two young lovers sharing a tender moment in a bedroom. The piece brims with the happiness and excitement of teenage love.

The entire collection is incredibly varied. “Alaska & Veruca” shows a couple trying on wedding dresses, while in “Megan & Libbi” a woman in heavy makeup appears nude in a bathroom stall. The subjects in All Through the Night have a lust for life that is undeniable and infectious; after visiting, one gains renewed passion for his or her own life.

The museum describes this exhibition as “a collection of sculptures made from bric-a-brac, toys, tattoo needles, and other inexplicable consumer culture cast-offs,” and that’s pretty spot on. Artist Nick Bubash has created a number of visually stimulating and diverse sculptures. They range from the incredibly ornate “Patron Saint of White Guys That Went Tribal” to the sparse “Man Is Praying, Prayingmanis,” a reproduction of the Venus Di Milo with a seashell hat.

Many of the pieces are very colorful and appear to contain several hundred components at the very least. “Portrait of a Serial Killer” features tiny cats and skulls with glowing eyes with references to voodoo dolls and other seemingly evil spirits. “Cacophony of Cacophonus” looks just as it sounds — a collection of figures made from junk found in the bottom of a toy box all standing together at attention. While Nick Bubash’s works don’t leave the same impact as P-Orridge’s or Linker’s, they are still something to marvel at.