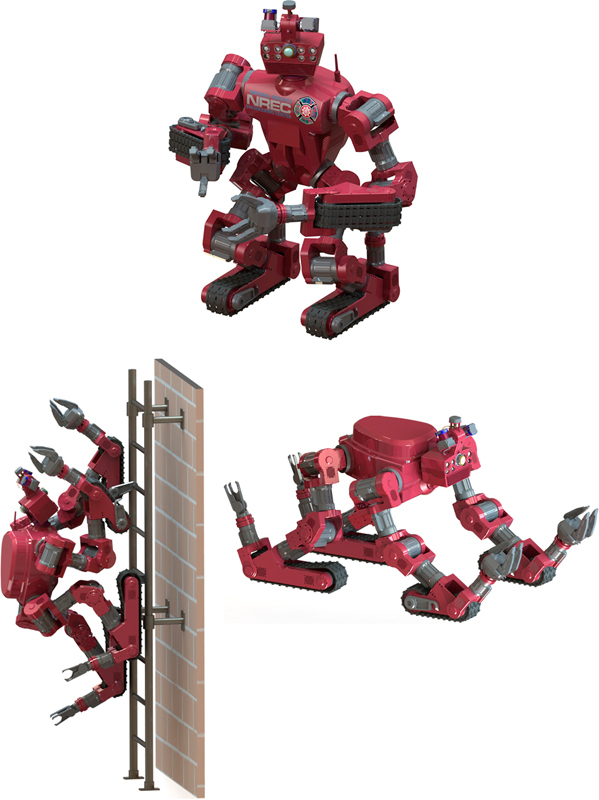 The CHIMP robot was created to help in emergency situations, such as the Fukushima nuclear crisis. (credit: Courtesy of Carnegie Mellon University Tartan Rescue) 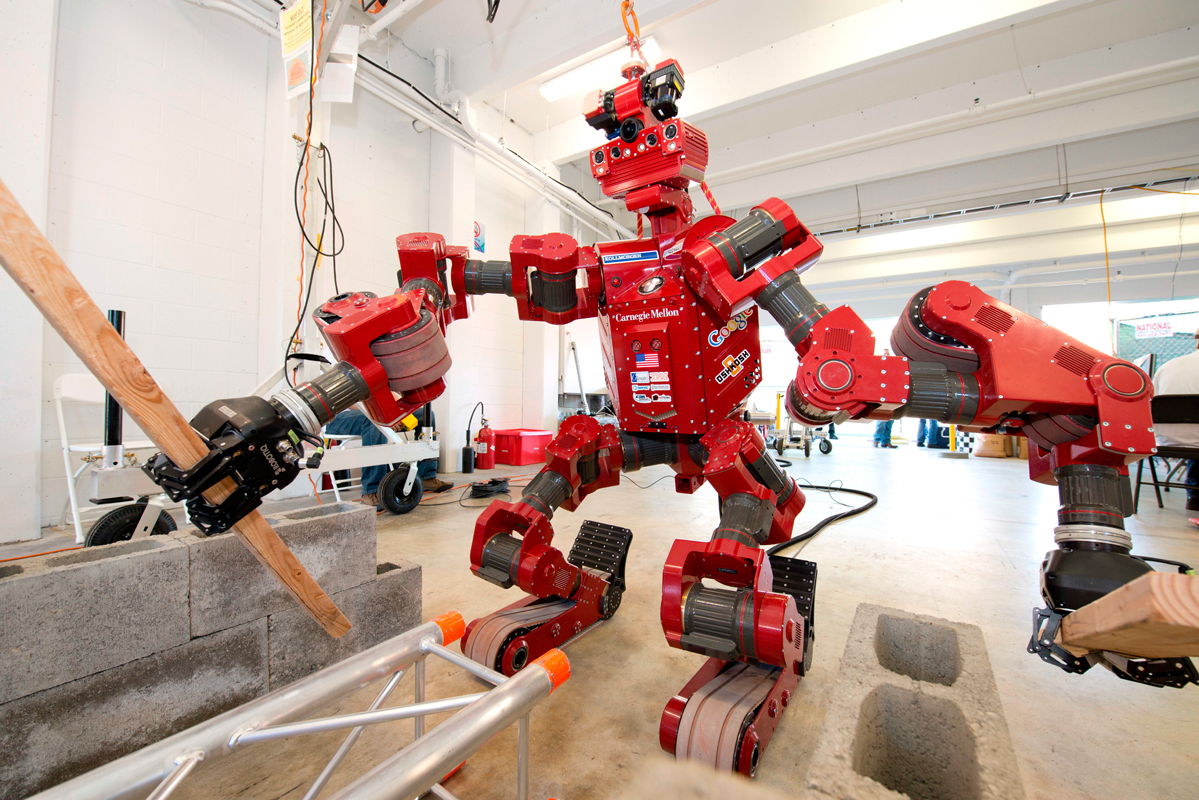 The Tartan Rescue Team from Carnegie Mellon University’s National Robotics Engineering Center recently placed third at a robots skill challenge, winning one million dollars in the process. The competition was hosted by the Defense Advanced Research Projects Agency (DARPA) to spur innovation in robotics technology that will be useful in natural and man-made disasters.

David Stager, a senior commercialization specialist at the Robotics Institute at Carnegie Mellon University and a part of the Tartan Rescue Team, said in an email, “The challenges during the trial were focused on industrial accidents like the Fukushima disaster where robots that would have been able to hook up fire hoses and turn valves would have averted some of the cascade of failures. Basically robots that can go work in radiation or other hazardous environments will save the lives of rescue personnel, as well as reduce downstream impact.”

The Tartan Rescue Team entered the competition with a four-limbed robot called the CMU Highly Intelligent Mobile Platform, better known as CHIMP. This robot is 5’ 2” tall and has a hefty weight of 400 pounds. Despite its short stature, however, CHIMP has a massive wingspan of 10 feet that allows it to complete tasks that human beings are not physically capable of doing.

In addition to being visually large, CHIMP is also immensely fit. “CHIMP’s motors are actually quite strong and fast,” Stager said. “For instance, the shoulder motor can lift 200 pounds at arm’s length. During the competition, we ran the robot very slowly to be cautious, but we intend to speed up actuation over the coming year as we get more comfortable with the software.”

CHIMP scored 18 out of a possible 32 points in the competition and finished third in the rankings out of 16 total entries. It excelled at removing debris from a scene, cutting a hole through a wall, and closing a series of valves. It received a perfect score on all of these tests and proved just how useful it could be in a disaster situation where these basic skills would be invaluable.

Tony Stentz, a researcher at the Robotics Institute at Carnegie Mellon University, said in an email, “We needed to build a robot with near-human form so that it would fit in places designed for humans and would be able to do human tasks.”

One of the key design traits of CHIMP is its mobility through two track wheels on its feet. The researchers chose to use wheeled platforms instead of an actual pair of feet to obtain better balance. “We wanted to avoid the complex control problem of balancing a bipedal robot, so we selected a design that is statically stable,” Stentz said.

DARPA has a history of supporting robotics at Carnegie Mellon — in fact, CHIMP was developed with three million dollars in DARPA grants. After doing so well at the tournament, the Tartan Rescue Team is going to receive an additional one million dollar award for research from DARPA. The team intends to utilize this money to continue to mature the technology for future use by industrial and governmental programs.

With a large team of about 50 researchers working on the project, this additional prize money will go a long way in helping the team develop CHIMP further. “We have a very large team working on many exciting technologies and this research and development work is fairly expensive to support. We are still seeking major contributors with a goal to reach five million dollars in sponsorship,” Stager said.

The Tartan Rescue Team was able to design and assemble CHIMP in a little over a year. At such a fast pace, a robot from Carnegie Mellon may soon be saving lives in disasters in the next few years.