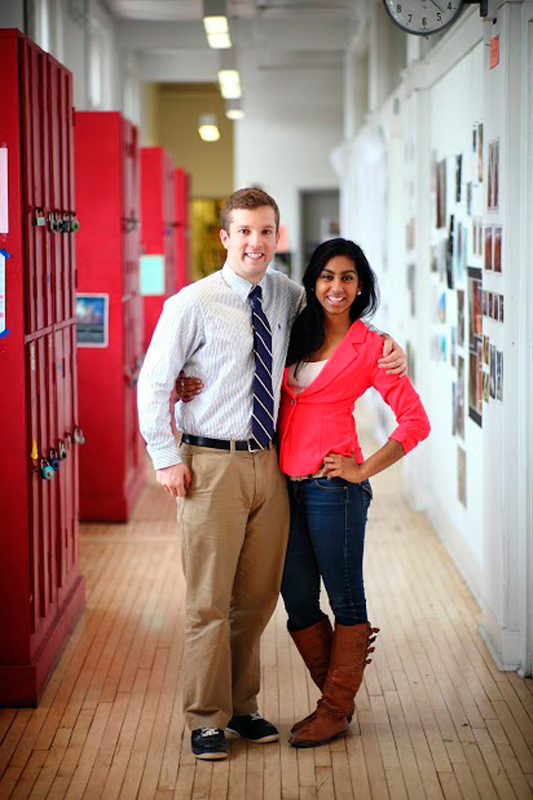 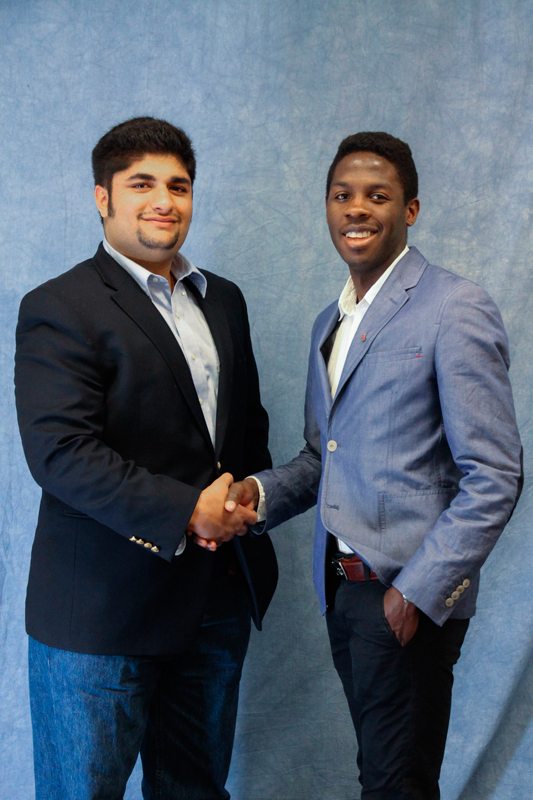 Akerele and Saigal want to generally improve student life at Carnegie Mellon. “This is a prestigious university — academically very stressful — so I think it’s the job of the student body [vice president] to distract everyone from that life, so you can get out of here with a good degree, a good job, and on track for your life, but at the same time make this the best four years possible, not just during the four days of Spring Carnival,” Saigal said.

Akerele said that a major goal of his and Saigal’s campaign is to revamp Carnegie Mellon school spirit. “We would like to build in [a spirit-raising week], especially into the fall, because primarily I feel students only have one major thing that they look forward to, which is Spring Carnival, but I feel the fall is kind of lacking something,” Akerele said. “We’d have a week designated where we’d amp up students, have activities going on, free food. And it all culminates in one final day, maybe the Friday leading up to midsemester break, where the students have a day off, where we all get together as a campus. I’d like to have Dr. Suresh give a speech, as well. I would also like to build the bond between the president and the student body … I’d like to see a recurring speech to engage students.”

Reforming printing will also be a focus of the campaign. Akerele and Saigal want to improve printing by either reforming the maintenance policies on the printers, or establishing more printing centers both on campus and off, in locations such as Doherty Apartments, Fairfax, or even Beeler Street. The running mates also want to create a student-oriented homepage, as the current Carnegie Mellon website is more oriented toward prospective students and parents. The proposed homepage would have a link to Carnegie Mellon’s Blackboard and show what extracurricular activities were going on around campus. The final element of their campaign platform is improving student health. “When we all leave CMU, obviously our career is very important, but everyone’s number one priority should be staying alive and living and [being as] healthy as possible. We don’t promote that enough. Being healthy correlates directly with happiness,” Saigal said. “We want to make better maintenance of the Skibo Gym — better weights, more fans, more air flow. It looks like a prison cell sometimes; maybe paint it up. They are extending the UC in two years, but that’s two years, not now.”

Akerele is a COMPASS Mentor, which is a peer-mentoring program that benefits first-year minority students in science and math. He is also a brother of Pi Kappa Alpha, an RA in Doherty, and a member of the Committee on Student Organizations (CoSO). Saigal is a member of Carnegie Mellon’s Institute of Electrical and Electronics Engineers, the treasurer of Pi Kappa Alpha, and an avid Carnegie Mellon basketball fan.

Akerele is developing his own street-wear brand and watercolor paints.

Saigal’s father taught at Carnegie Mellon when he was a child, and he used to play in Baker and Porter Hall all the time.

Junior electrical and computer engineering and business administration double major Ian Glasner and junior biological sciences major Shalini Ray are running for student body president (SBP) and student body vice president (SBVP) on a platform of improving student policies, restructuring dining plans, and improving campus unity. Two notable reforms include restructuring the current dorm alcohol policy, and remodeling Faculty Course Evaluations (FCEs). As of now, Carnegie Mellon’s policy is that if underage drinking is reported or discovered on campus or in campus housing, police respond and cite the students involved. Those students then go before the Pennsylvania Magistrate and get a state citation from government of Pennsylvania. All eight Ivy Leagues, many private universities, and the University of Pittsburgh all have an internal system, in which an RA writes the student involved up for underage drinking, and the student goes through an internal disciplinary process. There is no official citation. As Glasner put it, “It goes on your permanent record for school, not your permanent record for your life.”

Another notable reform would be reforming the current process of FCEs. Student Senate is currently trying to reform the system, and Glasner and Ray would continue those efforts. “If you drop a class in the first three weeks because the professor was awful, you don’t participate in FCEs. That’s a huge, huge, gap,” Glasner said.

Most of Glasner and Ray’s platform centers on increasing student input. “Students need to be involved, and if students were involved, they wouldn’t miss stuff like this,” Glasner continued. “It’s not like they should have seen it, it’s just that students need to be in the room when policy is created. Students are the customers on this campus, we’re where all the money comes from, and it’s unfair to us to leave us out of the discussion.”

Both Glasner and Ray expressed their commitment to improving student life. “It would be a huge honor because being SBVP means that my peers trust my decisions and value (my) judgment and it places me in a position where I can make a tangible effect on student life on campus,” Ray said via email.

Glasner is the Community Advisor (CA) at the Residence on Fifth, and will be the CA for Resnik and West Wing next year. He is a co-founder of CMU in Haiti, as well as a brother of Sigma Alpha Epsilon.

Ray is a member of Carnegie Mellon’s bhangra team, the social chair for the Lunar Gala fashion show, a sister of Kappa Alpha Theta, a Student Senator and the vice chair of Student Senate. She is also a kickoff committee member of 1000 Plus, a show board member of Mayur SASA, a member of Bhangra in the Burgh, OM, Doctors of Carnegie Society, Bio Student Advisor Council, Society of Asian Scientists and Engineers, Minority Association of Pre-Health Students, and a Group-X fitness instructor.

Glasner has been to Haiti three times.

Even though she is from Baltimore, Ray is a die-hard Steelers fan.