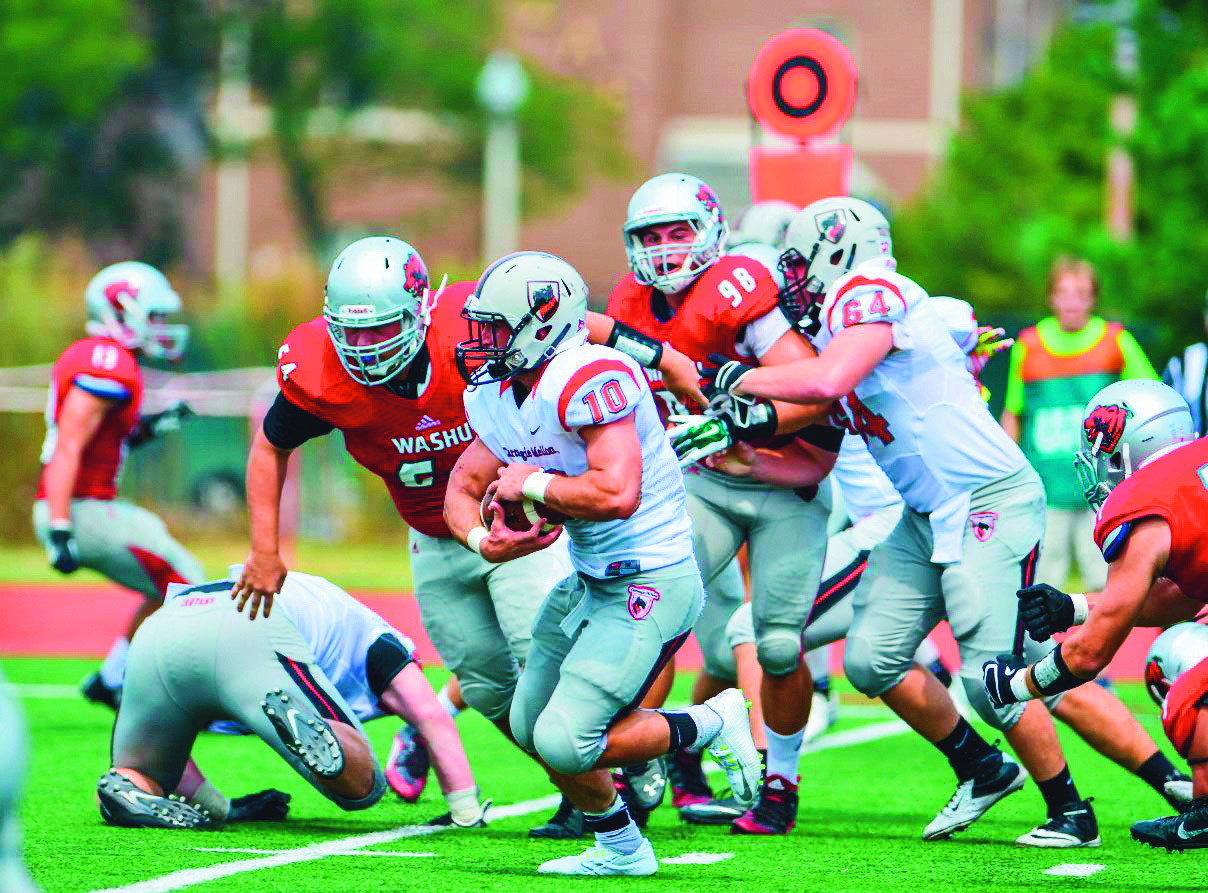 Benger carries the ball through the line of scrimmage against Washington University. (credit: CMU Athletics) 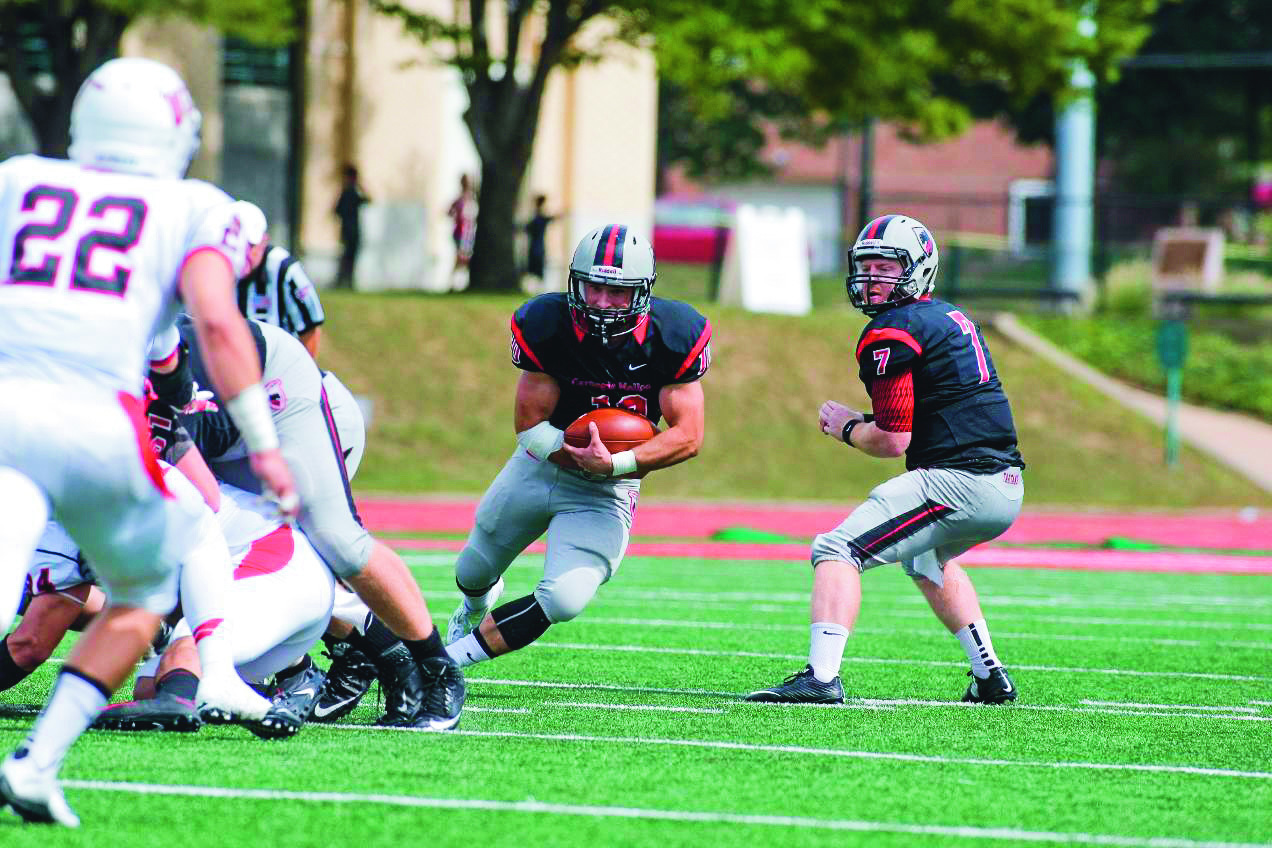 Benger carries the ball during his record-setting 303-yard performance against Washington and Jefferson. (credit: CMU Athletics)

He may have broken the school record for rushing yards in a single game, but sophomore running back Sam Benger remains focused on the next game for the Tartans. The business administration major from Hingham, Mass who has received many personal accolades recently such as being named the Carnegie Mellon Student-Athlete of the Week and Corvias Eastern Conference Athletic Conference (ECAC) South Region Player of the Week. Despite all the hubbub, he is devoted to doing whatever he can to ensure the Tartans win as many games as possible this season.

Benger has always been about the team atmosphere in football.

“The camaraderie and team atmosphere, really prevalent in football, have always been something really important to me,” Benger said.

“I got started in football as soon as I could. My dad was always into football, and so was I.”

Though the team atmosphere that he loves has always been present, Benger acknowledges some differences in the way the game flows as his career progresses. “The level of commitment and competition changes as you get into varsity or into college.” Still, Benger has approached the sport in the spirit of fun and sportsmanship, working hard to win but always remembering to enjoy himself. “If you’re in the sport for anything besides fun or trying to win, you’re doing something wrong,” he said.

Benger has done well for himself and his teams. In his junior year of high school, his team made it into the playoffs and managed to do well. Senior year had a season of adversity: the starting quarterback, a close friend of Benger, sustained a leg injury early on. “We ended up finishing the year at .500, but we ended on a high note in the Thanksgiving game against our rival.”

As a member of the Tartans, Benger has become one of the most dynamic running backs in collegiate football. He currently leads Division III in all-purpose yards with 244.3 yards per game. Many outlets noted his 303 yard rushing performance against Washington and Jefferson, but Benger himself was quick to credit the offensive line for stellar run blocking.

“I need to take those guys out to dinner sometime,” he said. Despite the attention on him for his performance, Benger remains devoted to the team. “I don’t think personal accolades are that important. To have the respect and friendship of your teammates is more important to me.”

Outside of football, Benger has continued to keep up with the extensive Carnegie Mellon coursework. “Academics have always been very important to me. Our coach says it all the time: You come to CMU because you love the challenges and you love the environment that pushes you academically.” In addition, Benger is a member of Greek life.

“I’m joining a fraternity: Alpha Sigma Phi. Because it just started, there’s an opportunity to play a part in determining its direction.”

His involvement in sports has also helped him improve his time management skills: “Try to utilize any downtime in between classes. It can really be used to make progress as far as studying and homework go.”

For Benger, the future remains wide open. “I knew CMU was a great school, but I didn’t know what I wanted to do. I thought business would help open as many doors as possible.”

Rather than getting bogged down by uncertainty, Benger instead eagerly explores the large variety of avenues he can take.

“One thing I’m toying with is investment analysis and investment banking. There’s a lot of knowledgeable guys on the team that can help me out.”