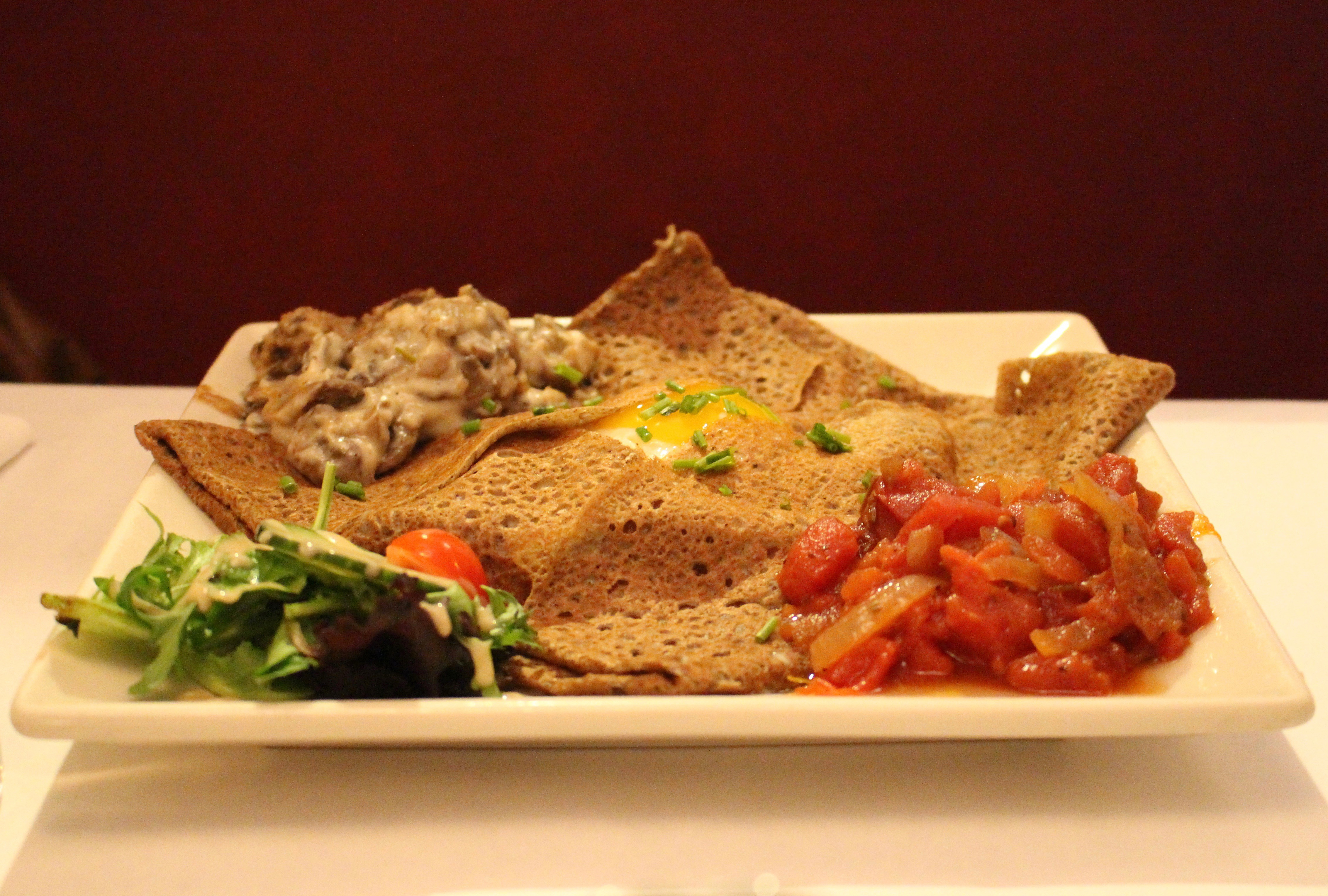 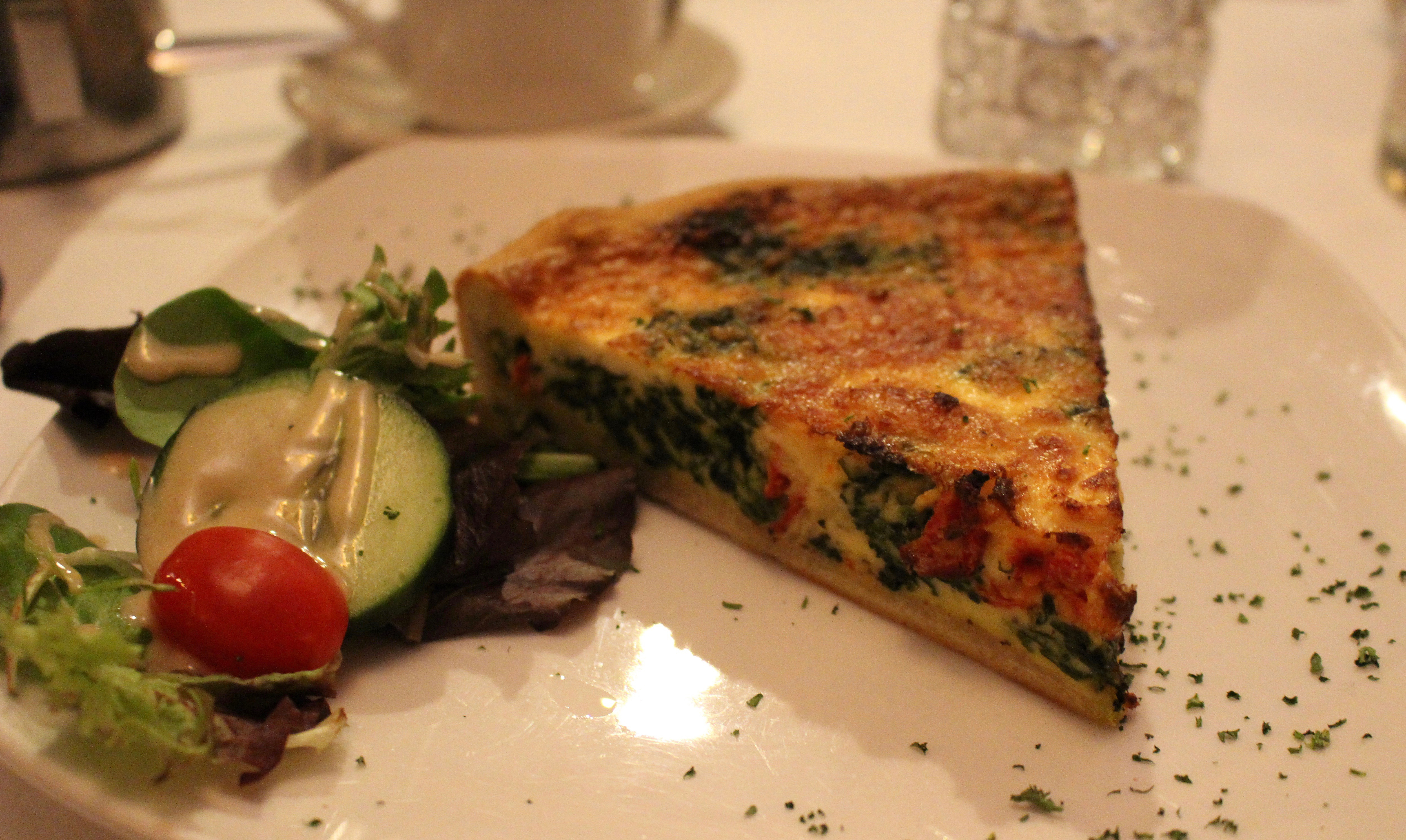 Unlike the past locations that I’ve written about, I stumbled upon Paris 66 accidentally one Sunday morning. It was, in fact, quite a stroke of luck that we were able to find seating in the place that was, unknowing to me, quite popular.

A friend and I had made plans to try out a popular brunch spot in East Liberty, only to find that without a reservation it was near impossible for a couple of walk-ins to land a table, unless we were willing to wait for 40 minutes. We were not. Our stomachs were growling, and snow was beginning to settle on the relatively quiet streets. Where was everyone? Probably somewhere warm, devouring goopy-yolked eggs and steaming hot peppermint tea. Needless to say, I was getting restless, so we began to walk down Centre Avenue in hopes of finding a place to eat. It was actually Google Maps that indicated to us that there were in fact several places to eat nearby, and the hopeless romantic in me lunged towards the first place that promised what I hoped to be a quaint European atmosphere.

With the direction we were going in, the place was quite easy to miss, and we would have walked right past it had Google Maps not gleefully announced that we had reached our destination. Why was it easy to miss? There weren’t any tables outside because of the snow, and the facade of the restaurant looked like your typical street store: covering shade hovering about a large glass window with some flags attached from the upper half of the building, rippling in the cool winter air. The flags were, of course, of the European Union, the United States, and France.

Since then, I’ve had the chance to return, so here’s a rundown of what I have had the pleasure of trying:

Quiche du jour: The quiche of that day was made with sun-dried tomatoes, spinach, and goat and swiss cheese. The crust was perfectly cooked, and the quiche itself did not have the overwhelmingly eggy flavor that I was expecting. It was light in each bite, but filling in all. An instant classic.

Paris 66 Crepes: The crepes at Paris 66 are made with buckwheat, so they’re pretty heavy and have flavor in and of themselves (even without the filling). This crepe was loaded with a sunny side up egg, tomato provencal, ham, swiss cheese, and mushrooms en bechamel. The presentation was breathtaking. The crepe was carefully wrapped with the egg at its center and other components carefully placed around the plate. The individual components were delicious, particularly the mushrooms en bechamel, which to me tasted like a thick cream of mushroom soup. All together, though, it was a bit heavy. There’s a lot of flavor, and a lot to digest, so tread carefully.

Omelette du jour: When I arrived for brunch, the omelette of the day was salmon and swiss. The salmon was cooked to perfection and omelette was clearly carefully crafted. This is really worth trying.

Creme Brulée: From the perfectly crunched shell to the astonishingly delicate flavor, this was by far the best thing that Paris 66 served up. The components worked together so well, my mouth was finding it difficult to process how it had never encountered the blend that made up this harmonious taste. If I had to go back and order one thing, this would be it.

Mariage Freres: Bouddha Bleu: I was so excited that Mariage Freres tea is served here as well, and even more excited to see that they had more flavors that I hadn’t tried yet. This was a fruit green tea with some smoky accents to it. It washed down the quiche splendidly, and made for good sipping after I was finished with my meal.

Cha-ching: The place takes cards and cash. Fair warning, it is a little on the pricier side, so do check out menu prices before heading out if you’re waiting on a pay check.

Herbivores, Omnivores, and Carnivores, lend me your ears: There’s a great mix of vegetarian, gluten-free and non vegetarian options, which are helpfully indicated on the menu. The waitress also said that some dishes could be ordered as vegetarian versions, so do be sure to ask if you have your eye on something in particular.

Click, click: The website for this restaurant has improved significantly since I first used it, and includes a menu, an about page, some pictures of the restaurant, and other features. Do check it out: http://www.paris66bistro.com/

For those stay-at-home days: Take out is available, but home delivery through the restaurant is not available. Here’s a number to call for take out, reservations, and any inquiries: (412) 404–8166

21+: French wines are available, along with all sorts of European beer and wine.

Ambience: The staff is incredibly friendly, and mostly French-speaking, so be sure to say bonjour on your way in! The decor is very rustic and old-timey, which brings about the European feel that I love about the place. There are small Eiffel Towers positioned around, as well as framed old posters and other intriguing wall mounts. Très chic.

College student friendly?: Other than the pricing, yes. The place does see a lot of couples and elderly groups enjoying a hearty lunch together, but the staff is very accommodating and happy to serve all.