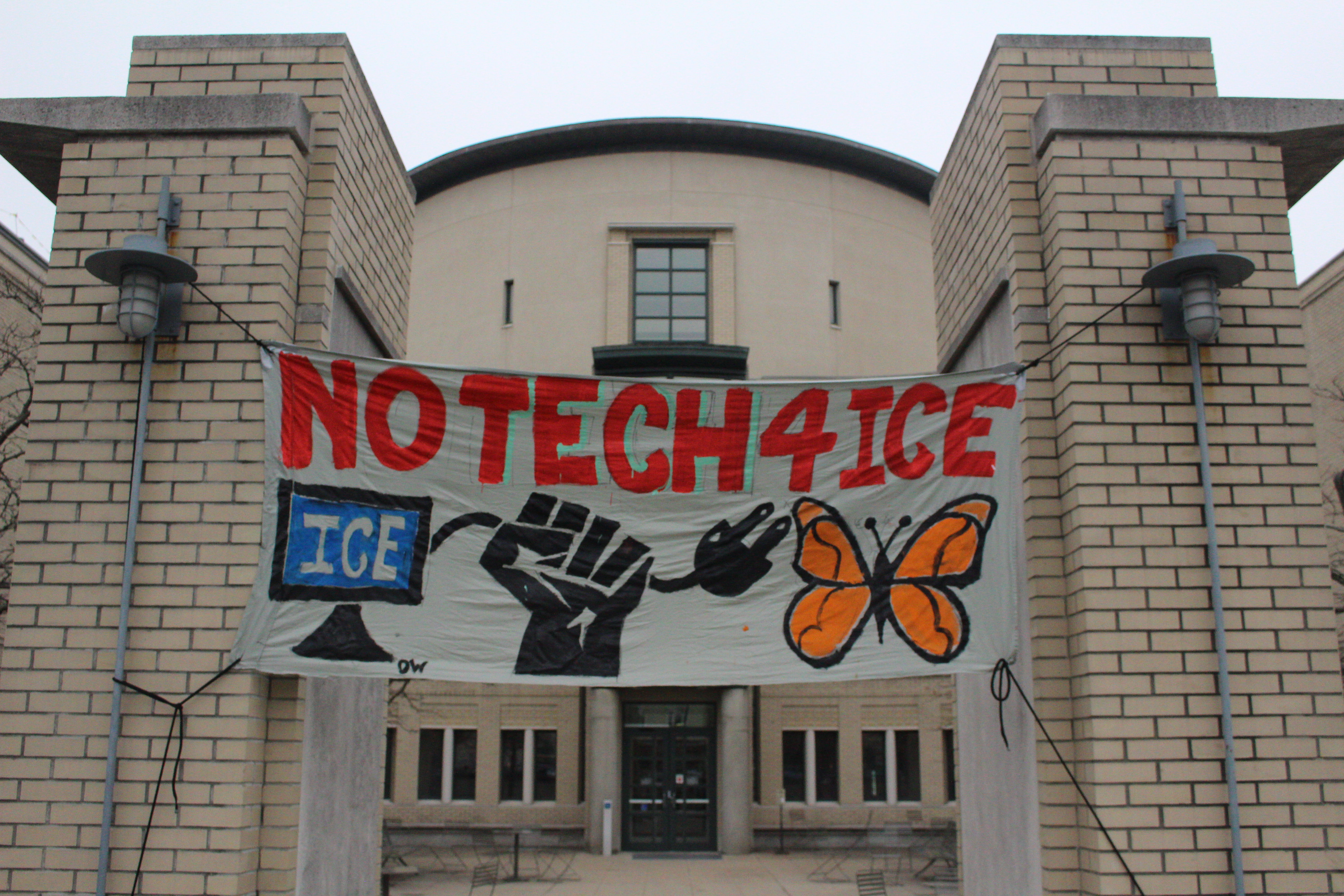 A week before an important contract between Palantir, a California software company, and the U.S. Immigration and Customs Enforcement (ICE) is set to end, college communities across the U.S. have come together to protest the company’s relationship with ICE and their university’s relationship with Palantir. At Carnegie Mellon, campus organizers planned a day of action at the beginning of last week to protest the university’s connections to Palantir, whose technologies are in the processes of investigation and detention of undocumented immigrants. The protest comes as part of a national effort against the tech company’s role in immigration enforcement.

Palantir’s contract in question revolves around a system they call FALCON. FALCON is an intelligence system that is part of a larger database system handling the case management for a variety of government organizations. Homeland Security Investigative agents, or HSI’s, have access to the database system, and with the help of the technology, they are able to detain somewhere between 10 and 40 people per week in Pittsburgh alone, according to Casa San Jose, a local organization that participated in the campus action.

Casa San Jose, CAIR (Center for American Islamic Relations), Students for a Democratic Society, and Mijente all had a presence at the protest, which took place outside the Cohon University Center and later moved inside due to the cold. Opening statements were read by Bonnie Fan, a main organizer of the protest and masters student in public policy and data analytics, who introduced the relationship between Palantir and ICE: “FALCON is used in mass workplace raids, including one that took place in Mississippi that took in several hundred workers.” The workplace raid Fan cited took place in early Aug. of this year, where 680 undocumented workers were arrested.

Laura Perkins, the emergency response organizer for Casa San Jose, also spoke at the protest. Day to day, Perkins is responsible for emergency services provided by Casa San Jose to undocumented families affected by ICE, like finding a lawyer or providing family care services if a parent is arrested. Speaking to the crowd gathered outside the Cohon University Center, Perkins referenced the number of people detained each week in Pittsburgh and Carnegie Mellon’s role in this issue. “This is happening in our backyard, so CMU is a part of that,” Perkins said, “and they [local police] have a database that ICE could access.”

Later, Fan explained how Carnegie Mellon affects the technology pipeline that has fed into the technology used by ICE: “There’s Palantir technology that was originally tested on international communities, which is tech affecting us on a global scale, but it extends all the way down to Carnegie Mellon doing research on predictive policing.”

In response to the protest, Carnegie Mellon spokesman Jason Maderer reaffirmed the free speech rights of students on campus. Maderer wrote in a statement, “We support the rights of students protesting and firmly believe CMU must be a place where ideas are expressed freely, provided that discourse respects the rights of the university community.”

No comment was provided about Carnegie Mellon’s stance on the contract between ICE and Palantir.