Library takes efforts to modernize in response to student demand 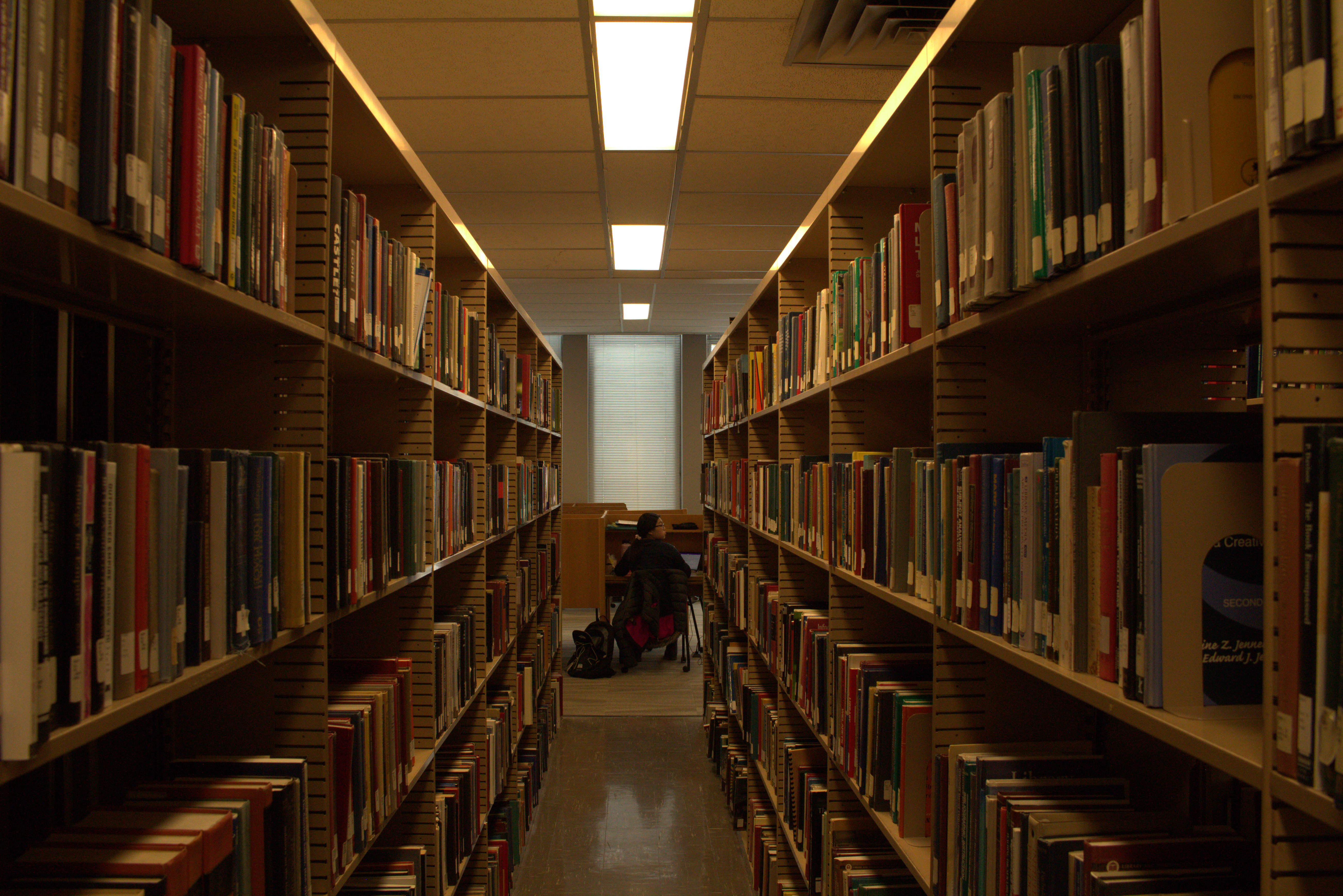 A student studies on the third floor of Hunt Library. The quiet study areas on the floor surround several stacks of books, which take up about half of the floor. (credit: Adam Tunnard/News Editor)

In an attempt to move with technological advances, the Carnegie Mellon University Libraries are modernizing many of their systems to meet what they see as changing student needs in a digital age.

In a statement to The Tartan, Alicia Salaz, associate dean of research and academic services, said, “we are responding primarily to student needs in shifting away from collection storage and towards more service-enabled space across the Libraries’ footprint, such as more individual and group study space, classroom and meeting space, for instance.”

One of the ways that the library system is changing is in moving away from physical collections. The effects of this can be seen in recent renovations of Hunt Library and Sorrells Library, both of which have increased study space in the library by removing some of the on-site, physical text collections.

Hunt Library has added classrooms on the first floor that are most often used for Integrative Design, Arts, and Technology (IDeATe) classes, and Sorrells Library has added a number of study spaces and rooms that can be requested for use. Salaz wrote, “even so [with the renovations], we often find during the semester that demand outpaces supply — and the amount of learning and study space we afford our students continues to lag [behind] our peers.”

As study spaces are added, books may need to be removed to create room. Salaz wrote, “we would like to continue optimizing our campus-based print collections towards those that are in current use and meet users’ preferences for print — (there are uses and disciplines where print remains a superior option) — and where it makes sense, to reallocate prime campus space away from less-needed physical storage towards students’ other intellectual and academic needs.”

To reduce some physical demands, the Library System is focused on acquiring content that comes in a digital form, such as e-books. According to Salaz, digitizing current print holdings is not a priority, but their digitization lab at off-site storage on Penn Ave. digitizes Carnegie Mellon-created archival materials.

Another innovation being discussed in the libraries is the possibility of removing fines for borrowed items that are returned late. The issues in question revolve around which materials should retain fines for late returns, like multimedia equipment, which can have late fees of $25 a day or more. Salaz writes, “we’re evaluating how the removal of fines and charges would impact different sets of users of different collections. For example, should we eliminate fines on all types of material, or keep them for high-demand items like multimedia equipment? Should we eliminate all charges, or just late fines?”

As the demand for student work spaces and expanded digital offerings increases, and the demand for physical print material decreases, Carnegie Mellon’s libraries are sure to change in the coming years. But while the library continues their modernization efforts, Salaz states that they will “respond to users, rather than pushing them in a particular direction.”