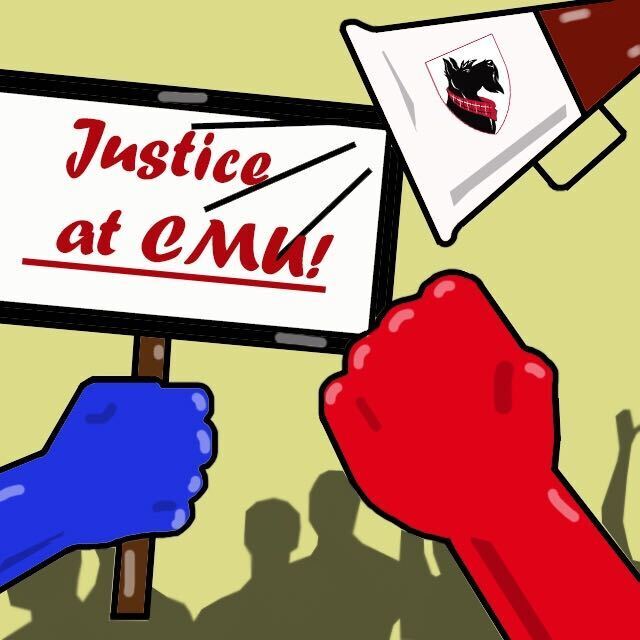 Some Carnegie Mellon professors cancelled class for the #ScholarStrike on Wednesday, Sept. 8 and 9. (credit: Eamonn Burke/)

Professors from across the nation and here at Carnegie Mellon took part in the #ScholarStrike this week, a two-day protest on Sept. 8 and 9 in which some members of academia halted their regular duties to reflect and engage in discussions about racial injustice in America.

The strike was sparked by several events. In Kenosha, WI, Jacob Blake, a Black man, was shot seven times in the back by a police officer while his children watched. At a protest resulting from this shooting, Kyle Rittenhouse, a white teenager, was allowed to walk past police, gun in hand, after he allegedly shot three protesters. Protests also followed the events in Kenosha from members of the Women’s National Basketball Association (WNBA) and the National Basketball Association (NBA), who refused to play in protest of continued police violence against unarmed Black people. The nationwide scholar strike was initiated by a single tweet that followed these events.

Anthea Butler, University of Pennsylvania associate professor of religious studies and Africana studies tweeted: “I would be down as a professor to follow the NBA and Strike for a few days to protest police violence in America.”

Hours later, #ScholarStrike was born. Butler and co-organizer Kevin Gannon, a historian and director of the Center for Excellence in Teaching and Learning at Grand View University said in their mission statement that it is of “crucial importance for those of us in higher education to take a stand in solidarity with our students and the communities we serve...We believe it is a long past time for us to make a collective stand against police violence.”

John Oddo, associate professor of english at Carnegie Mellon, was one of many professors who decided to cancel his classes and meetings on Tuesday and Wednesday as a part of the Scholar Strike.

“I realize this is an inconvenience. And that's part of the point,” Oddo said. “It needs to be a disruption if it's going to have any symbolic power and try to draw attention to what a modest disruption this is in comparison to the massive injustice of having to live with the weight of white supremacy on your back.”

Although the Scholar Strike encourages able professors and administrators to step back from their usual roles, the movement also encourages professors to engage in a nation-wide teach-in, one that mimics those used to protest the Vietnam War in 1965.

Other professors, such as Marian Aguiar, associate professor of English, chose to continue class but focus the days’ material on racial injustice. Aguiar had students research on the lives of Black women who are killed by police violence.

The African American Communication and Culture Division and the Black Caucus Division of the National Communication Association hosted a virtual #ScholarStrike conference, streamed on Youtube and Facebook, in which they invited professors to submit 10-minute videos about social justice, race, anti-racism, police brutality, white supremacy, etc.

“We often get the reputation of an ivory tower, above the outside world.” Aguiar said. “But I don't think that's true. I think there's racism around us everywhere and at university and beyond. We have to connect both what we're doing and also what we're looking at, between the space inside academia and outside.”

Stephen Wittek, assistant professor of English, canceled class during the strike. He stated via email that by joining the strike, he aims to affirm the importance of people of color and emphasize how the injustice they face is unacceptable.

“I hope the strike will draw attention to the connection between the recent spike in violent incidents and the long, ongoing legacy of white supremacy and exploitation,” Wittek wrote in an email. “Scholars, especially white male scholars such as myself, are direct beneficiaries of that legacy, and we have a responsibility to try to make things better,” he said.

Oddo also hopes that looking forward, he and other professors will write with the intention to help solve current social issues, keeping the audience of non-scholars in mind. “We need to find ways to connect with people outside of the university who are often the ones who are leading a sort of moral charge for justice, and making sure that our work works with them, and not just for us,” he said. “And when you're in this sort of global circumstance, I think it becomes even more imperative to think, ‘what does your research do in relation to these massive problems?’”

The aim of many of these professors is to continue the intention behind the strike. One way to do so includes continuing the discussion and awareness of the matter while simultaneously looking internally and working to fight racism on campus.

“I would also like to see more concrete steps taken to address the climate of white supremacy on the Carnegie Mellon campus,” Wittek wrote.“I often hear that People of Color—students and faculty alike—do not feel particularly welcome or comfortable here, and that troubles me a great deal.”