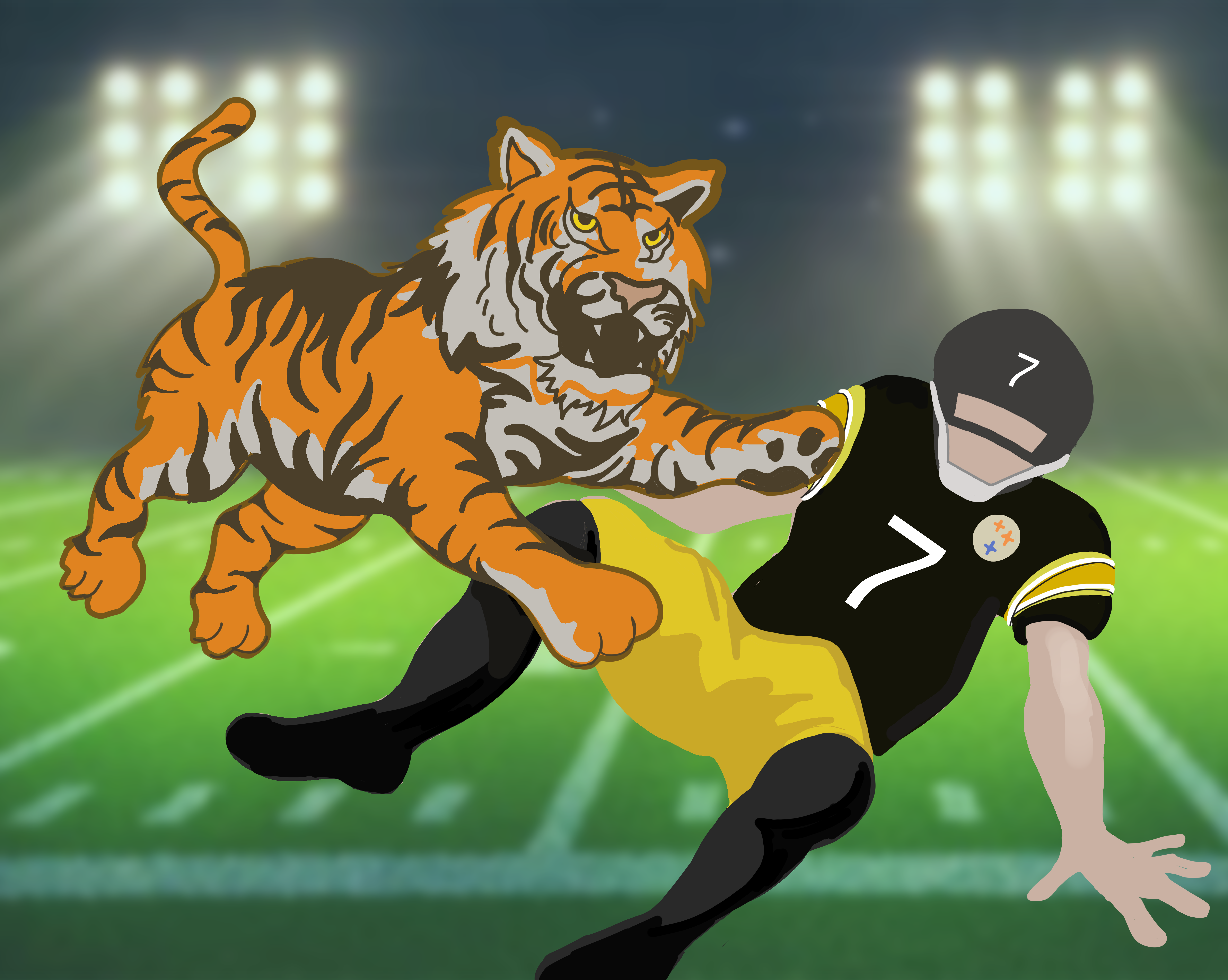 Roethlisberger’s subpar performance in the Bengals game is just the latest point in a trend of poor performances. (credit: Stacey Cho/Art Editor ) 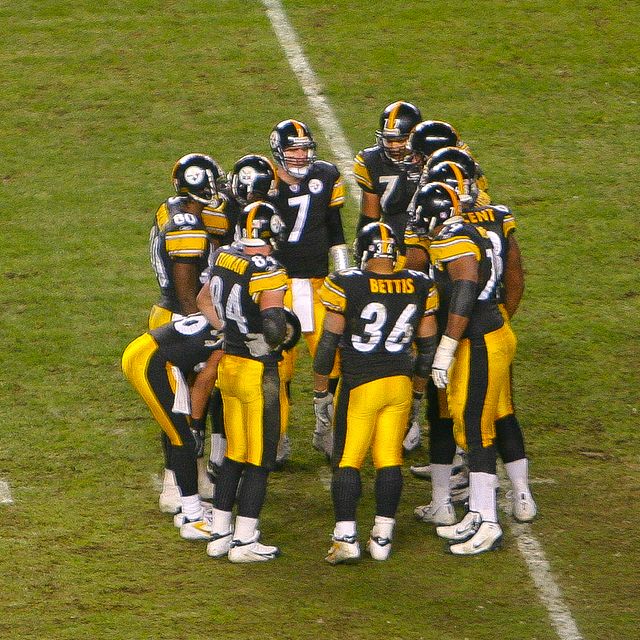 Ben Roethlisberger is nothing short of a Pittsburgh icon. He’s won two Super Bowls, made seven Pro Bowls, led the league in passing yards twice, and led the Steelers as QB for the past 18 years. A clear-cut Hall of Famer, Roethlisberger should look back on his NFL career fondly. Nonetheless, the clock is ticking for old Big Ben. He’s played horribly this season and critics across the league are calling for the Steelers to send him to the bench. While many Steelers fans may have an emotional attachment to their #7, those critics aren’t wrong at all. It’s the end of the road for Ben Roethlisberger.

Over these past few years, Roethlisberger has dealt with various injuries. During the 2019 season, he missed 14 games with a season-ending elbow injury; and last year, even though Roethlisberger never missed a game for health reasons, it was clear that a knee problem was hampering him and severely limiting his mobility (and let’s not pretend Big Ben wasn’t already a statue in the pocket anyway). Furthermore, it’s been revealed that Roethlisberger has been playing with a pectoral injury this season. At this point in his career, it has become evident that Big Ben is injury-prone. Roethlisberger’s defenders will claim that he has been able to successfully play through injuries during the past year, but while Roethlisberger has been tough, his play hasn’t been successful while he’s been injured this season.

It’s been a rough few weeks for Big Ben, even when the Steelers win. Week 1’s win over a very good Bills team seems impressive for Roethlisberger at first glance, but it quickly becomes clear that he didn’t exactly carry the team to victory there. He went 18/32 for 188 yards and a TD against Buffalo, tallying a passer rating of 83.9. Not a disastrous game, especially in a win, but that performance is nothing to write home about. In a loss to a subpar Raiders defense in the subsequent week, he put up 295 yards, going 27/40 with a TD, an interception, and a passer rating of 87.0. Again, this isn’t that bad, but this time, a mediocre game led to a loss for the Steelers. In a very competitive AFC North, the Steelers may have to rely on a wild card spot to make the playoffs, so losing that head-to-head tiebreaker with the Raiders could cause problems later in the year. Finally, Roethlisberger truly played horribly against Cincinnati. With a statline of 38/58, 318 yards, a TD, a pair of picks, four sacks, and a passer rating of 70.9, Roethlisberger’s poor play cost his team any shot of winning against a beatable Bengals squad.

To be quite honest, the biggest problem with Big Ben can be encapsulated through one statistic, AY/A or adjusted yards per pass attempt. A high AY/A implies that a quarterback is taking risks and throwing deep, like classic Ben would. A low AY/A means a QB is just checking down and playing it safe. Unsurprisingly, a low AY/A is not conducive to winning. Back in 2005, when the Steelers won the Super Bowl with Roethlsiberger, Ben’s AY/A was 8.7. This season, though, his AY/A has been a dismal 5.6, which means he’s not airing it out as he should. The best example of this comes in Week 3 against the Bengals. It was 4th and 10 in the red zone, late in the 4th quarter. As they were down two scores, the Steelers needed this conversion. The ball was snapped and Big Ben quickly threw behind the line of scrimmage to running back Najee Harris where he was tackled for a loss. Frankly speaking, Roethlisberger has no confidence in his arm whatsoever. That’s clearly why Harris was targeted 19 times against the Bengals. In fact, Harris received the second-most targets in a game for a running back in the last 30 years (second to Alvin Kamara during Week 3 of 2018). This shows that Roethlisberger is just checking the ball down because he doesn’t believe he can make those deep throws. Watching the game, you could see that Roethlisberger played scared. He played not to lose. By playing not to lose, Roethlisberger let down his team on Sunday.

Personally speaking, I believe that when quarterbacks play scared, they are giving up on the game. I get that Pittsburgh doesn’t really have other viable options on the team at the moment. Benching a franchise legend for Dwayne Haskins or Mason Rudolph would be rather pointless, as was the Giants decision to bench Eli Manning for Geno Smith back in 2019. Moreover, the QBs on the market aren’t that great either. Cam Newton seems to be washed-up, Marcus Mariota can’t get off of IR, and the 49ers don’t seem ready to part with Jimmy Garropolo barring a serious overpay. I guess they could try to get Nick Foles? There’s really no good choices here for Pittsburgh. They might as well give Big Ben one last season. It seems like the Steelers have realized that there’s no easy solution here as well. In fact, at a press conference, Steelers head coach Mike Tomlin said that he never considered bringing another QB into the game.

In all seriousness, this has to be the last year for Ben Roethlisberger. I get that the Steelers can’t really bench Big Ben this year, but he’s just not playing well anymore. His arm is shot and he checks down to Najee Harris every other play. This offseason, Kevin Colbert and the Steelers front office need to find a long-term QB, whether it’s high in the draft or through a trade (Kirk Cousins, maybe Russell Wilson wants out?). Either way, Ben Roethlisberger should not be starting Week 1 of 2022.

And so, it seems like Ben Roethlisberger is safe for now. But if he keeps playing like the way he did against the Bengals, Dwayne Haskins should be getting warmed up on the sidelines. Ben Roethlisberger had a magical career, no doubt about it, but time is finally running out for old Big Ben.