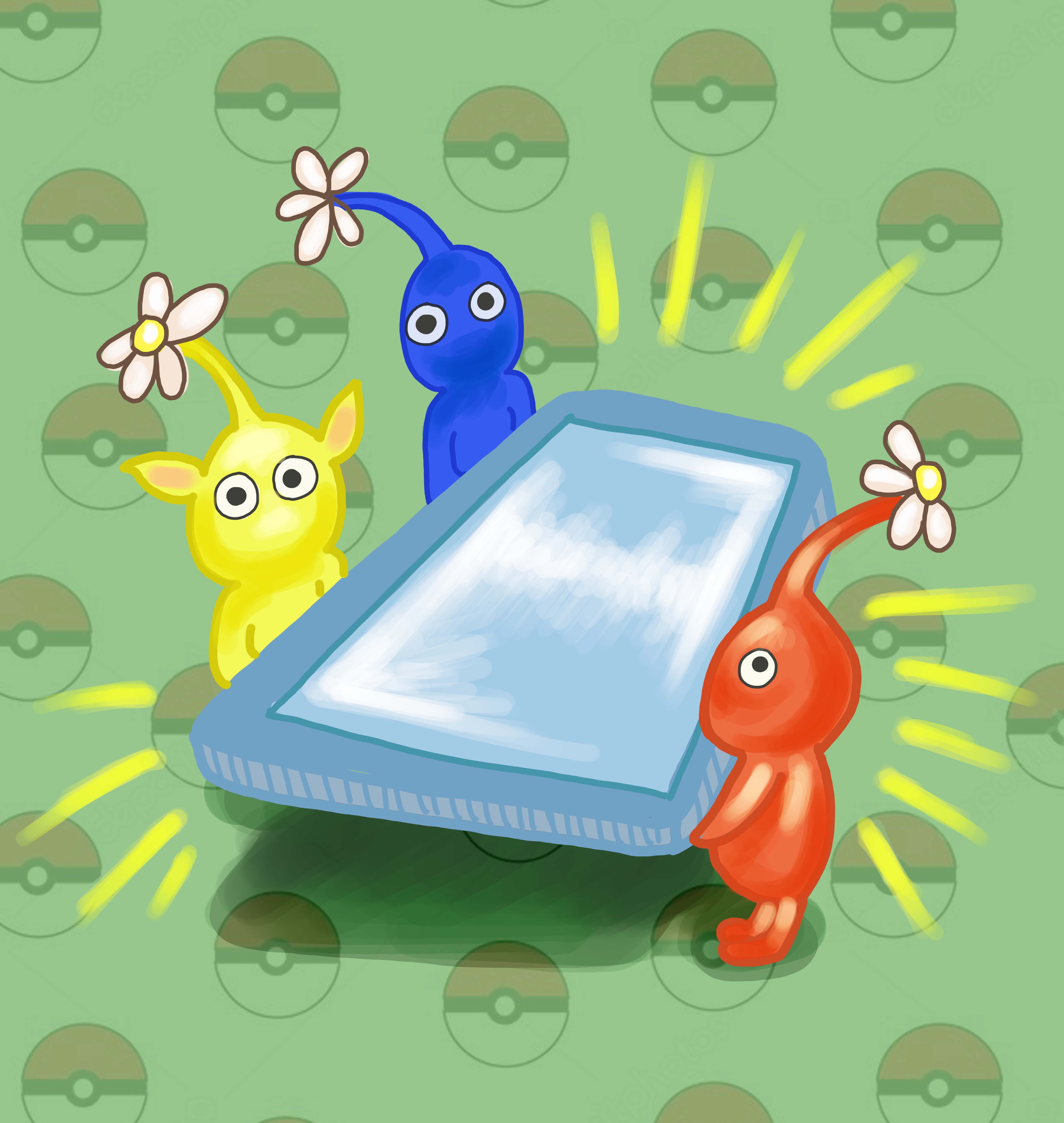 Many remember the summer of 2016 as the summer that “Pokémon Go” was released to the public. Though it has been over five years since the app was initially launched, it has received more than one billion lifetime downloads, with more than 25 million in 2021. Since its release, the app has continually received updates that the app seemed to be missing at launch: a complete pokédex, a battling system, mega evolution, and more. Additionally, the game has made a revenue of over $5 billion across its lifetime, making $1.3 billion in 2020, its best year so far. As “Pokémon Go” has been a massive success, it’s no surprise that Nintendo and Niantic (two of the main companies involved in the development of “Pokémon Go”) teamed up once again to release an app based around another one of Nintendo’s popular franchises: “Pikmin Bloom.”

First arriving on Apple and Android app stores on Oct. 26, “Pikmin Bloom” is described as “an app that brings a little joy to your everyday journeys on foot.” The app is based on Nintendo’s “Pikmin” series. The central theme of this real-time strategy puzzle series is playing as explorers who arrive on the Earth-like planet PNF-404, where they encounter the strange creatures known as Pikmin. During their journey, the adventurers discover different colored Pikmin who aid the explorers.

“Pikmin Bloom” combines elements of the “Pikmin” series with a clear inspiration from “Pokémon Go.” In “Pikmin Bloom,” the player is represented by a “Mii,” a player avatar that is a trademark of many Nintendo consoles and games. The player has a squad of Pikmin that travels with them. As the player levels up, the size of their squad increases, which means more Pikmin can travel with you at the same time. To get more Pikmin, your squad can find more seedlings while you are walking or through “expeditions.” To grow these seedlings, you plant them and have to walk a certain number of steps (synced with the phone’s step data), similar to the egg hatching mechanic in “Pokémon Go.”

While the core gameplay of “Pokémon Go” focuses on catching and raising Pokémon, the core gameplay of “Pikmin Bloom” is pretty straightforward: grow your squad and plant flowers. To plant flowers, players must collect flower petals from their Pikmin by feeding them nectar. Depending on the nectar given to your Pikmin, they will give different colored petals. Your Pikmin will sometimes give you fruit — which is immediately turned into nectar — after you have walked. You can also send your Pikmin on expeditions to collect fruit that is scattered across the map from places you have traveled to prior. As players progress in the game, they collect badges based on their accomplishments. For instance, players earn the “Apprentice Active Walker” badge for walking 3,000 steps and its upgrade for walking 100,000 steps.

Much like the app’s Pokémon counterpart, the player is placed on a map of the real world with landmarks serving a special purpose. In “Pikmin Bloom,” landmarks serve as big flowers, which bloom when players have planted enough flowers in the area surrounding the big flower. When the big flower blooms, its color will reflect the flowers that have been planted in its radius (which can be seen on the world map). When a big flower blooms, special items will be in its radius that players can send their Pikmin on expeditions to collect. Sometimes the big flowers will bloom into a special flower, such as a pansy or a rose.

On the world map, players can see the flowers that others have planted during their travels. Players can plant different colored flowers depending on which color petals they are currently using.

“Pikmin Bloom” also has a friend feature, similar to the other games Niantic has released. Currently, friends can only send postcards to each other. When Pikmin are out on these expeditions, they will oftentimes collect postcards of the places they have been and give them to their owner. This allows friends to share their experiences of where they and their Pikmin have been traveling. You can also view your friends' level and badges that they have collected on their profile.

Also similar to “Pokémon Go,” “Pikmin Bloom” does contain microtransactions. Players can buy some upgrades, including flower petal storage, nectar storage, and Pikmin storage increases. Players can also purchase coins, the game’s currency. Coins can be spent in a variety of ways such as purchasing slots for growing Pikmin seedlings, flower petals, and nectar. While the game currently offers the player the chance to earn one coin for every 500 flowers they plant, depending on the player, it may take a long time to get enough coins to purchase anything in the shop without utilizing the game’s microtransactions.

On top of its core gameplay, “Pikmin Bloom” also offers the user a chance to reflect on their day. Past 9:00 p.m., the app will show how many steps they had taken that day and then ask the user to rate their day using one of three faces: sad, neutral, or happy. The game will then select a photo that the user took that day from their camera roll (if they had taken one). The user can view how many steps they took, how they rated their day, and the associated picture in their lifelog, something that is not present in “Pokémon Go.”

While “Pokémon Go” has more of an actual game feel to it, “Pikmin Bloom” has been regarded as more of a walking app by many. As “Pikmin Bloom” is missing the more competitive aspects of its Pokémon counterpart, it has its own charm that appeals to a more casual community — its lifelog feature and more cooperative nature with other players are evidence of this.

On Nov. 13, “Pikmin Bloom” will be hosting its first Community Day, similar to the Community Day of “Pokémon Go.” On this day, seedlings will grow at 1.5 times their usual speed, fruit will give twice as much nectar, big flowers will bloom into pansies, and users who walk more than 10,000 steps will be given a special “Community Day Participant” badge.