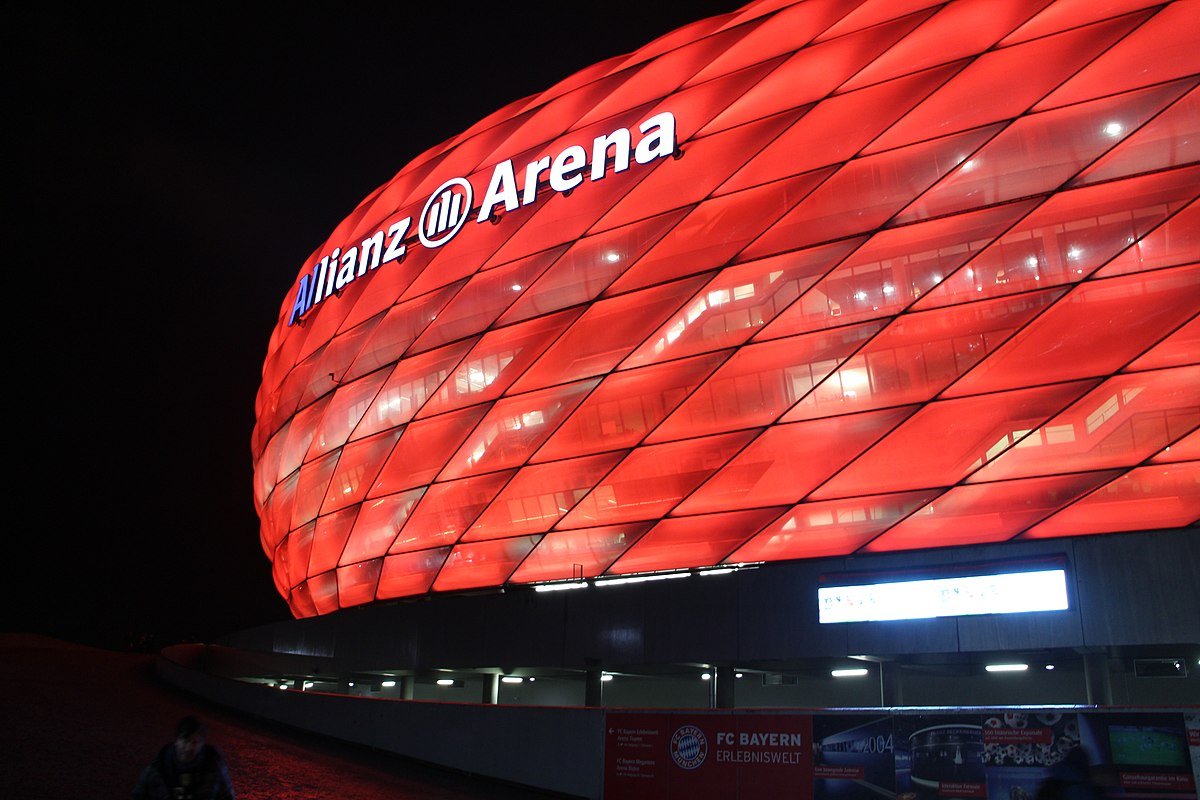 Unbeaten across all of their Champions League group stage games so far, Bayern Munich are now guaranteed to advance on to the round of 16. (credit: Courtesy of Min-joon via Wikimedia Commons)

Group A
Manchester City put up a convincing 4-1 performance against Club Brugge at the Etihad, effectively putting their Matchday 2 loss against PSG behind them and regaining their position at the top of Group A. Having only won against Leipzig on Matchday 2, knockout stage qualification looks unlikely for Club Brugge, but wins on Matchdays 5 and 6 could still see the Belgian side advance. Leipzig, despite finally earning a point after four Matchdays in a 2-2 draw against PSG, has no shot at the round of 16, but two wins could still see them through to the Europa League. PSG, dropping points against Leipzig, no longer has a sure shot at advancing to the knockout stage, but a win and a draw on Matchdays 5 and 6 would see them through.

Group B
With a decisive 2-0 victory against Atlético Madrid, Liverpool has guaranteed themselves a spot in the round of 16. For Atlético, however, this is a hard loss to swallow. Sitting third in Group B, Atletico will need to win against AC Milan on Matchday 5, bet on Porto losing against Liverpool, then either win or draw against Porto on Matchday 6. In holding Porto to a 1-1 draw, AC Milan put themselves in a similar position to Leipzig in Group A, in that their Champions League campaign is pretty much over, but a shot at the Europa League is still possible. Porto will be trying to hang onto their second-place position in the table through Matchdays 5 and 6. To do so, they will need to beat Atlético Madrid on the final group stage Matchday.

Group C
Ajax beat a 10-man Dortmund on Matchday 4 and, in doing so, secured their place in the knockout stage. Dortmund, now tied points-wise with third-placed Sporting, will need to beat Sporting on Matchday 5 to maintain their qualifying position. Likewise, Sporting, having beat a 10-man Beşiktaş 4-0, will be desperate to beat Dortmund and elevate themselves into a qualifying position for the round of 16. Beşiktaş, sitting at the bottom of the table, having earned no points, is pretty much out of both the Champions League and the Europa League.

Group D
Real Madrid beat Shakhtar Donetsk 2-1 on Matchday 4, effectively putting their Matchday 2 loss against Sheriff Tiraspol behind them. With three points separating the top three teams in Group D, no one has a guaranteed shot at the round of 16, but Real will be looking to change that on Matchday 5. Sheriff, outmatched 3-1 by Inter Milan at home, will need to channel the energy they had on the first two Matchdays if they want to proceed to the knockout stage. Inter Milan, on the other hand, having won their last two Champions League games, have a good chance of making it through to the knockouts if they can keep that momentum up.

Group E
Bayern Munich put up a huge 5-2 win against Benfica on Matchday 4, guaranteeing themselves a place in the round of 16. Having lost for the second Matchday in a row, Benfica finds themselves in third, two points behind Barcelona. The Portuguese side will be traveling to Camp Nou on Matchday 5 and will do their best to flip the rankings. Barcelona’s victory against Dynamo Kyiv, although it comes as no surprise, does put Barça within reach of the knockout stage, and one more win at home on Matchday 5 will seal the deal. Dynamo Kyiv could still potentially scramble for a spot in the Europa League, but winning against both Bayern and Benfica is a tall task, and thus Kyiv’s Champions League and Europa League hopes are likely over.

Group F
Group F is still too close to call after Matchday 4. With Manchester United and Atalanta drawing 2-2 and Villareal beating Young Boys 2-0, just four points separate the top and bottom of the table, and two points separate first and third. The winners of Matchday 5 will likely see themselves through to the knockout stage, while a loss for any team could spell the end of their Champions League hopes.

Group G
Group G is in a similar situation to Group F. With Lille and Wolfsburg both seeing their first group stage victories, both in matches that ended 2-1 against Sevilla and Salzburg, respectively, the top and bottom of the table are separated by four points, and two points separate first and third. Thus, Matchday 5 and 6 will be decisive in determining who moves on to the round of 16, who is relegated to the Europa League, and who will be going home.

Group H
Group H is the only group where teams are likely set to remain in their current positions. Juventus, having beat Zenit St. Petersburg 4-2 on Matchday 4, sits comfortably at the top of the table, with Chelsea, who beat Malmö 1-0, just below. With 12 and 9 points respectively, both teams are pretty much guaranteed to move on to the knockout stage. Given Malmö’s performance across the last four Matchdays, it seems extremely unlikely for the Swedish side to win on both Matchday 5 and 6. This means that Zenit has a good chance of staying in third and being relegated to the Europa League, while Malmö will likely be going home in December.