Betty White and the 'unproblematic' celebrity 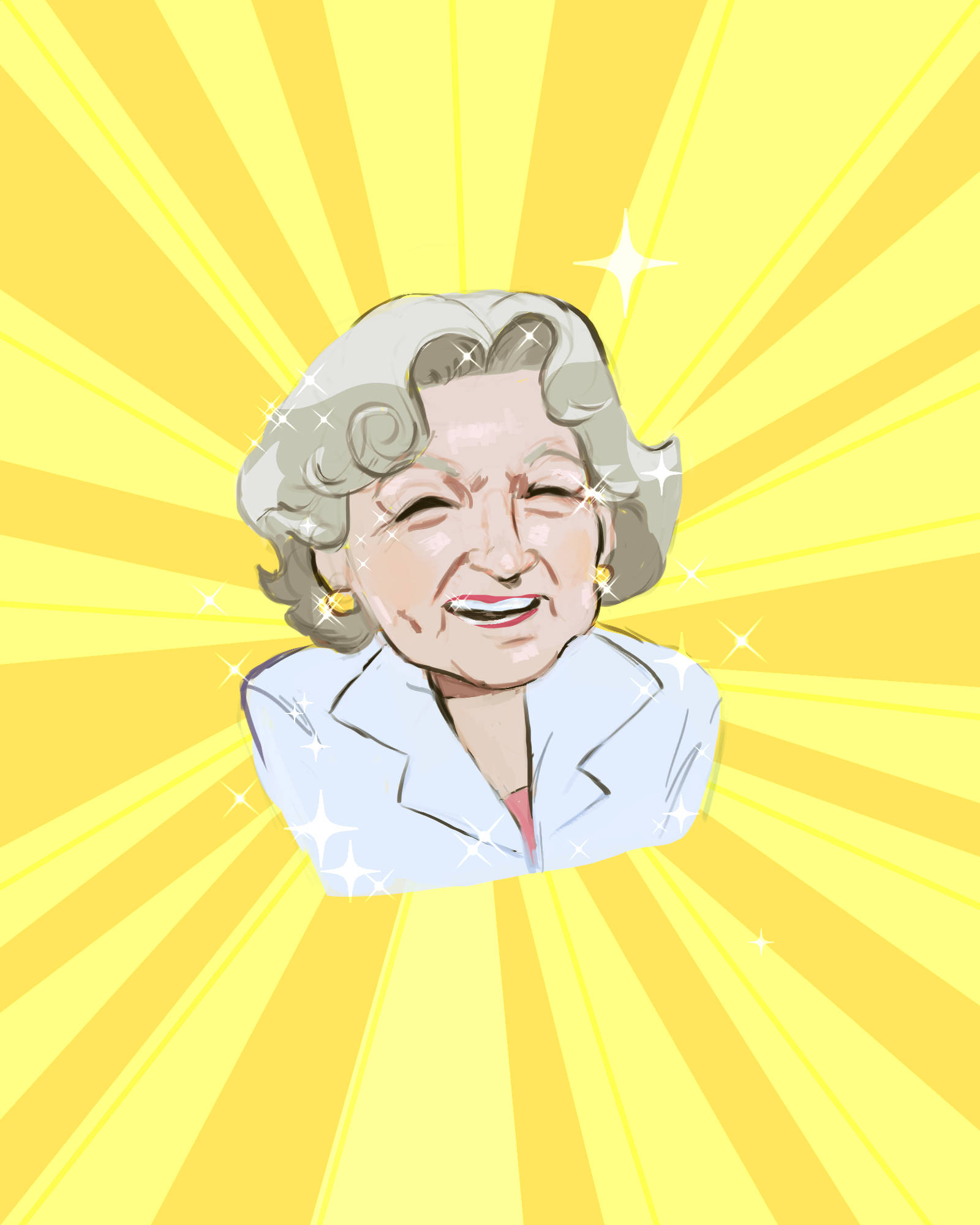 I had never seen so many people in my life invested in watching someone reach their 100th birthday until exactly a month ago, until Betty White. Then she died and everyone’s enthusiasm turned to despair right before the start of 2022. Perhaps it’s because Betty White is so beloved and she was still active in her career even through her 90s, giving her a strong, multi-generational fan base; or perhaps it’s because deep down we’re all aware that she’s one of the few celebrities who got to live her whole life without being canceled because she couldn’t be canceled. In the end, only death itself could cancel Betty White, a woman who lived her life pretty much free of scandal or controversy as far as we’re collectively aware. She was and still is an idol, even after death. I’d say that’s a good way to go out.

However, thinking about her death got me thinking about how we as society view idols. The idolatry of those in power has always been prevalent. But with the internet and social media, the general understanding of idolization is that the highs are higher but the consequences of falling off the mountain are even more severe, leading to complete career deaths. For example, if a celebrity is loved, many members of the public will take to their social media sites to express their admiration in various ways, from tweets that are far too sexual for their own good to terribly edited fan videos to wars in the comments over who is a better person or actor. But if a celebrity is canceled, the blind admiration turns to blind rage, demanding justice for wrongdoings committed by someone the cancel culture crowd doesn’t even know or understand with no nuance in the situation.

Now to a certain extent, what’s written above is true, but it’s not fully true. First, we need to make a distinction between celebrities and others who have power. Celebrities live in a strange situation where they have power, but it’s not the same kind of power that you’d associate with, say, a politician or a corporation's board of directors. Politicians and board members tend to have to work a bit harder to make themselves appealing to the general public as the public is, rightfully, more skeptical of their behavior. Their power comes much more from their position, and public appeal is a necessary tool they need to achieve their goal of staying in that position. They can become a celebrity in the process, but being a celebrity isn’t the only way they have power.

Celebrities, however, have a lot more opportunities to be beloved figures. They can star in your favorite movie. They can be very funny in interviews. They can be extremely attractive but have no talent whatsoever. With the internet, those opportunities were made more prevalent and widespread, and being a celebrity has become much more of a viable career. Celebrities gain power through public appeal, creating spheres of influence that don’t quite amount to real power like that of a politician, but create the illusion of power and authority that people readily buy into.

As social conditions decay and people’s livelihoods continue to decline in an economic system that has exploited millions and a social structure that has marginalized millions more, it is particularly unfair that there are so many who have the resources to be able to keep themselves in power despite all their misdeeds. This is where canceling people, or “cancel culture,” became a method to tip the social balance. Suddenly all those people in power who couldn’t even be taken down by law enforcement could be exposed, humiliated, and shamed openly by the public for their misdeeds. Rapists and harassers were being removed from positions of power in the face of public backlash, and those who stood by them were shamed for their silence. Movements for equality based on race, gender, and sexuality made progress in exposing how people in power perpetuate discrimination and discriminatory rhetoric, leading to even more exposures.

That’s not what “cancel culture” is known for anymore, though, and it’s become a meme. On one hand, you can now become a celebrity or bounce back from a controversy just for saying key phrases like “cancel culture is out of control," scaring people into thinking it can happen to them because freedom of speech is “under attack.” On the other hand, some people do get canceled for absolutely no reason, or for statements that were taken entirely out of context. Unfortunately for us all, the reality is far worse.

Those who participate in “cancel culture” aren’t people who have nothing better to do with their lives. Sure, it is wrong to unleash blind rage on people you don’t know from the comfort of anonymity. But I can’t blame them for doing that or wanting to do that. While there is a huge portion of the crowd who are bandwagoners, there are many who genuinely feel alone or afraid in a world that’s too big to care about their life and problems. At least with trying to cancel people in power, they feel like they can use their anonymity as a source of strength, retaliating against those who make them feel invalidated or powerless. It’s not the healthy way to have a discourse on issues that mean so much to them and it’s not the most efficient way to push for more inclusion, but it’s one of the few methods available to make themselves heard loud and clear.

The wrongdoings of the “cancel culture” crowd pale in comparison to how those against it have used “cancel culture” to forward their own agendas. It became clear fairly early on that celebrities weren’t the only ones who could be affected by the power of cancel culture. Politicians and the higher-ups of corporations were facing the heat too. Naturally, this only prompts those in power to turn this situation in their favor to keep themselves entrenched. It wasn’t long before the movements for equality and safe spaces became obfuscated by concerns of freedom of speech and created “intellectual debates” over the issues rather than acknowledging that the issue was real. The goal was to back the “cancel culture” crowd into a semantic corner, framing the cancellations as stifling discourse, even if the discourse was in bad faith, designed to hide discriminatory views and agendas.

So now we’re here, at an impasse in our public discourse where those in power have successfully delegitimized the mechanism by which the public can hold them accountable. Yet, I can’t help but think of Betty White in this whole ordeal. She was on this awful planet for almost 100 years and yet didn’t face anything that got her canceled. It made me realize something. It isn’t hard to not be a terrible person and to live a good life where everyone loves you, and deservedly so.

But the limit of humanity is that we only understand as much as we are told by others, and we can only understand what we’re told through whatever lens we use to understand ourselves. It’s why being empathetic isn’t the best thing you can describe yourself as. Putting yourself in someone else’s shoes is impossible to do. It could very much be the case that Betty White only showed us one side of herself. We will never know the full picture of someone, and in the age of the internet, we don’t even get the whole sides of people. We only get fragments, bits, and pieces we all struggle to put together in whatever echo chambers we entrench ourselves in, trying to belong or be a part of something. It makes it difficult to understand each other, and in that lack of understanding, we fail to reach collective solutions for challenging issues. Betty White isn’t an anomaly in our modern zeitgeist. She’s just another human being, one riddled with the same complexities that we all are. Idolizing Betty White in the way we have continues to feed into the notion that there are ideal people out there who make no visible mistakes, have no ulterior motives, when actually what we should be seeking out are people who live well and try to make amends when they inevitably screw up. So while she is not some goddess, Betty White has taught us the value of trying to be a good person and for that, her legacy will live on.