2022 Olympics men’s singles figure skating: The podium and its implications 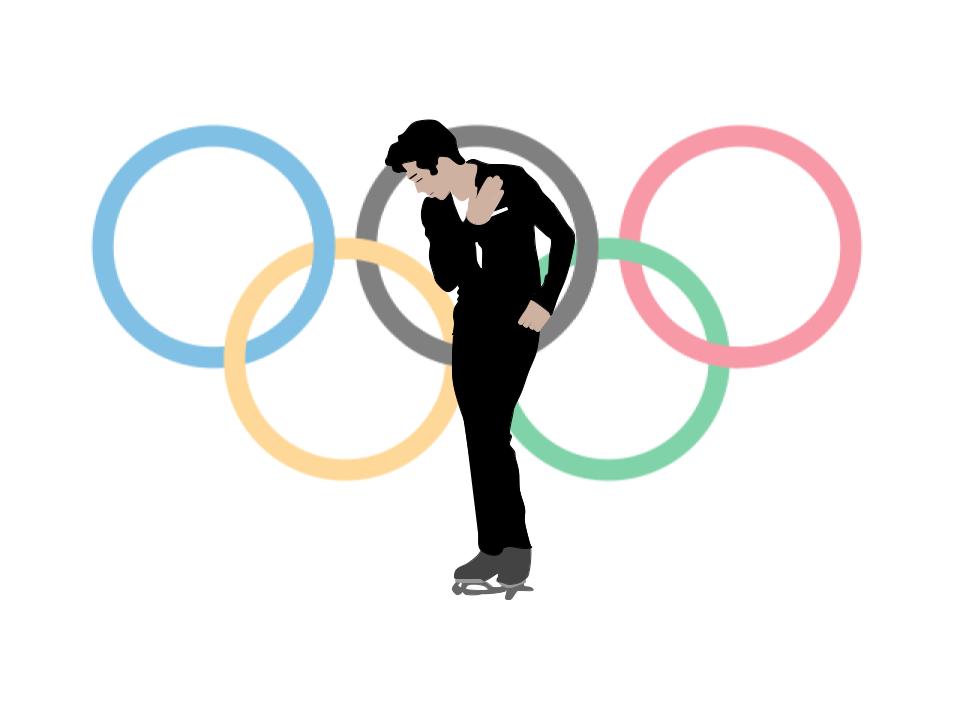 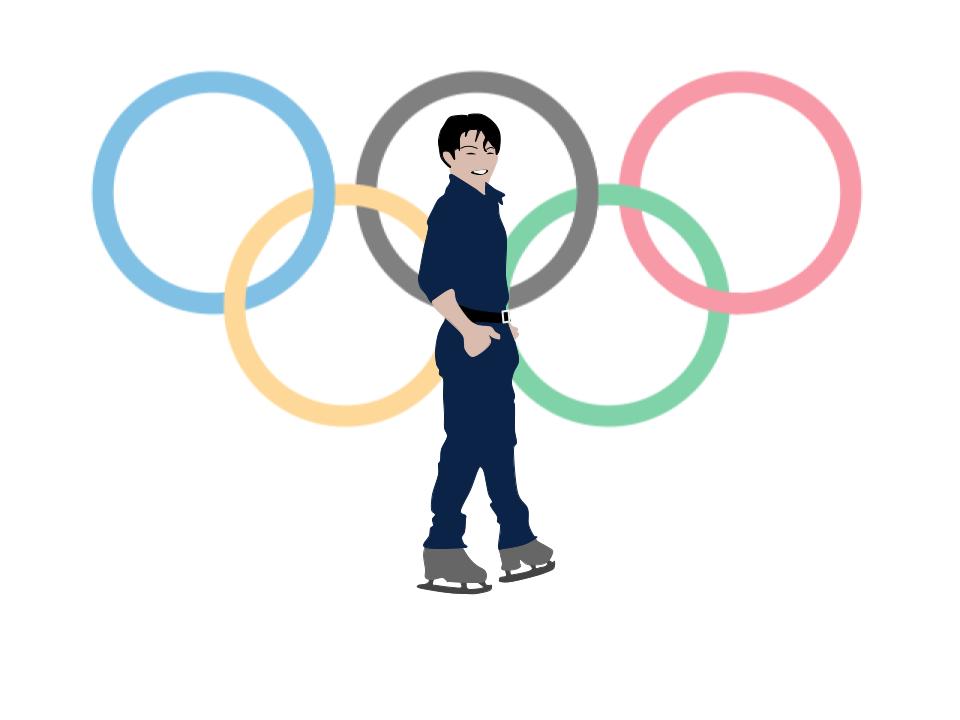 Yuma Kagiyama made his Olympic debut in style, confidently skating to a personal best and a silver medal. (credit: Cynthia Xu/Sports Editor) 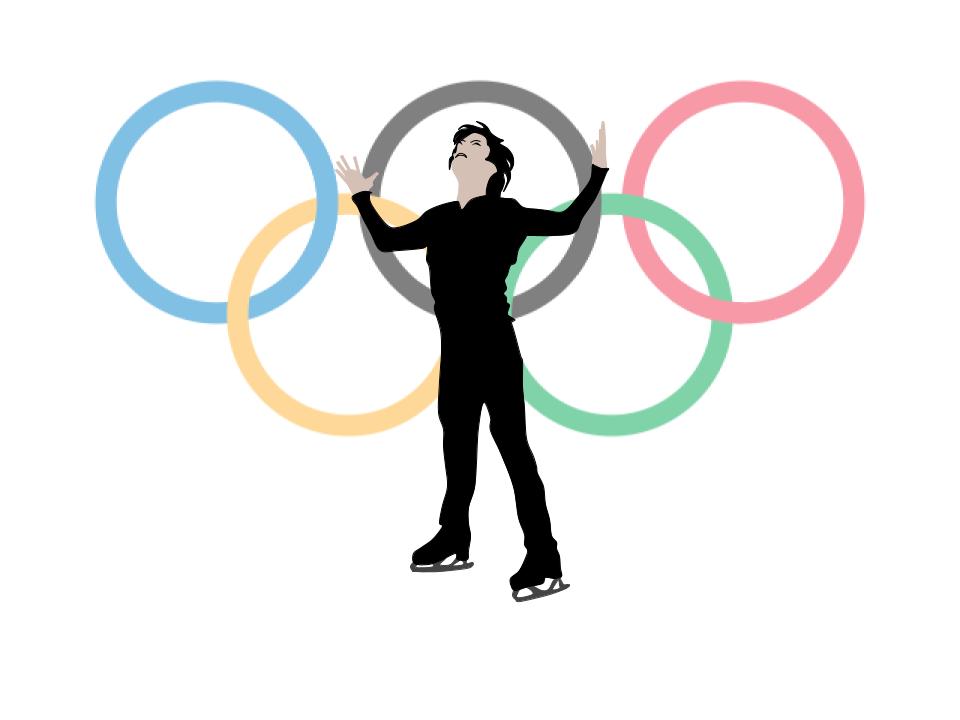 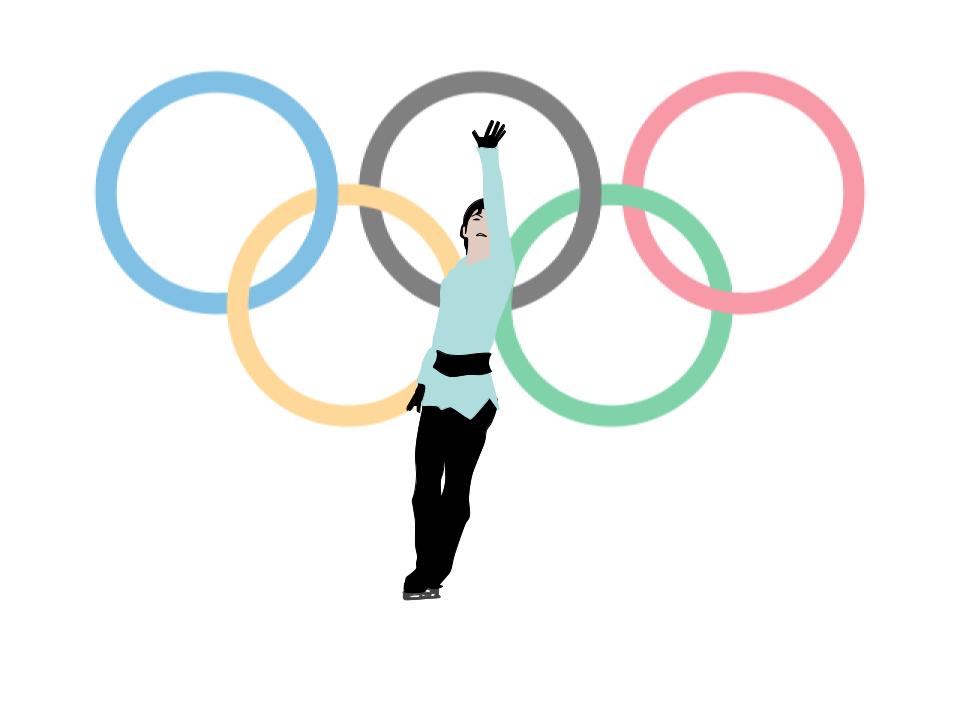 Despite placing eighth in the short program, Yuzuru Hanyu rallied back in the free skate to place fourth overall. (credit: Cynthia Xu/Sports Editor)

The men’s singles figure skating competition at the 2022 Beijing Olympics has concluded, and with it, the emotional highs and lows have begun to plateau.

The commencement of the short program turned all eyes toward Japan’s Yuzuru Hanyu. Having previously won back-to-back Olympic golds, first in Sochi, then in Pyeongchang, the four-time Grand Prix Final winner was looking to defend his Olympic title. The short program, however, did not go in Hanyu’s favor. According to Hanyu, a hole in the ice caused him to pop his opening element, the quadruple Salchow. Hanyu completed only a single rotation, leaving 9.70 points of base value on the table. Despite this, Hanyu completed the rest of his short program exceptionally, landing the subsequent quad-toe-triple-toe combination and triple Axel cleanly, as well as recording consistently high grade of execution (GOE) scores. Hanyu was one of only two skaters in the entire field to score no less than three across the board for GOE (the other being fellow countryman Yuma Kagiyama). The missed quad, however, was costly. Although Hanyu received the fourth-highest program component score (PCS), the popped jump lowered his technical element score (TES) significantly, and he finished the short program in eighth position with a total score of 95.15.

Hanyu’s performance was followed by Japan’s Shoma Uno, the defending Olympic silver medalist. Though he is often overshadowed by Hanyu and American Nathan Chen in recent years, Uno has always been a formidable competitor and proved it by skating a personal best of 105.90 to secure third place in the short program. Although his quad-toe-triple-toe combination was not completed cleanly, Uno received positive GOE scores on all other elements, scoring the third highest TES, as well as a PCS just below Hanyu.

Kagiyama, who is also from Japan, was a dark horse in the competition. Compared to Hanyu and Uno, Kagiyama came into these Olympics relatively unknown due to his youth. At just 18 years old, Kagiyama had only started competing at the senior level a year-and-a-half ago, but he already has numerous achievements to show for it, having won the NHK Trophy in 2020 and subsequently winning all three events he was entered into during the 2021-22 ISU Grand Prix of Figure Skating. Kagiyama cemented his prowess by skating a completely clean short program, scoring high on GOE (being one of just two skaters who recorded no GOE score less than three, as mentioned before). Recording the second-highest TES of the short program, along with the third-highest PCS, Kagiyama’s combined personal best score of 108.12 secured him the second-highest qualifying position after the short program.

American Nathan Chen took the ice after Kagiyama, with whispers of Pyeongchang still hanging in the air. However, Chen quickly dispelled any and all doubts, jumping cleanly and skating phenomenally. Chen was one of just two skaters to complete a quad flip (the other being Shoma Uno), receiving GOE scores of fours and fives, and received GOE scores of fives (the highest possible) from all but one judge for his step sequence. Recording the highest TES and PCS in the short program segment, Nathan Chen put up a world record short program score of 113.97, putting him comfortably in first place going into the free skate, over five points ahead of Kaigyama.

Although Hanyu went into the free skate portion of the competition sitting in eighth place, a clean skate would give him a chance to medal. Unfortunately, it was not to be. Hanyu’s attempt at the quad Axel, which has never been landed in competition, was underrotated and resulted in a fall (it was a historic attempt, nonetheless, being the first quad Axel to have had enough rotation not to be downgraded to a triple Axel). This was coupled by a fall on the ensuing quad Salchow. Hanyu finished strong, though, and despite the negative GOE scores and mandatory deductions associated with the two opening jumps, he put up a formidable 188.06 for the segment — the third-highest score in the free skate — earning a combined total of 283.21. Although the margin was impressive enough to beat out four of the seven competitors skating after Hanyu, it could not hold up against Uno, Kagiyama, and Chen.
Unfortunately for Uno, the quality of his free skate did not match the quality of his short program. Other than his opening quad loop, Uno was unable to cleanly complete any of his standalone quad jumps, receiving negative GOE scores for his quad Salchow, quad flip, and quad toe. Although he executed his triple Axel and final step sequence well, the mistakes proved costly, and Uno scored 187.10 for his free skate. This, coupled with a strong short program, would be enough to see Uno take the bronze medal with a combined total of 293.00.

Despite it being his first Olympics, Kagiyama preserved the quality and consistency of his skating, opening with a well-executed quad Salchow and, despite an underrotated quad Lutz, completed his program without significant issue, earning positive GOE scores across the board from there on out. Kagiyama recorded a segment score of 201.93, resulting in a personal best combined score of 310.05, besting his fellow countrymen and securing the silver medal.

As the top qualifier, American Nathan Chen was the last to skate. Chen delivered beautifully, opening his program with a quad-flip-triple-toe combination that received GOE scores of four from all of the judges. Additionally, his precisely-performed quad Lutz received a GOE score of 4.93 — the highest GOE score given during the free skate segment — and he was one of three skatersnot to receive any negative GOE scores during the free skate segment (others being fellow American Jason Brown and Australian Brendan Kerry). Placing first in the free skate in both TES and PCS, Chen’s segment score of 121.41 combined with his world-record short program for a total score of 332.67, earning him the gold medal.

Although Hanyu and Chen have been vying for international titles against each other for several years, it would be a mistake to consider them true contemporaries. Rather, Chen’s contemporary has always been Uno. Hanyu, 27, is from a slightly earlier generation of athletes than Chen (22) and Uno (24), the latter of whom are from a slightly earlier generation than Kagiyama, 18. In understanding this, we are able to better understand the podium’s implications on the future of the sport. Chen’s Olympic gold not only wipes away his subpar performance in Pyeongchang, but also marks a generational shift.

From 2013 to 2017, Hanyu won the Grand Prix Final four consecutive times, becoming the first man to ever do so. Hanyu’s defense of his Olympic title in 2018 also made him the first man in over half a century to take the gold in men’s singles figure skating in back-to-back Olympic games (the last being American Dick Button, who won in 1948 and 1952). Indeed, it would not be an overstatement to say that Yuzuru Hanyu is one of figure skating’s all-time greats, and a legend in his own right.

Nathan Chen stepped into the senior international limelight in 2016, and has won every Grand Prix Final since 2017. That is, he has won the competition three consecutive times (the 2020-21 and 2021-22 Grand Prix Finals were canceled due to the COVID-19 pandemic), and looks poised to attempt to overtake Hanyu’s streak in the near future. Now, having won Olympic gold, it feels as if Chen has officially ushered in a new generation of figure skaters — a changing of the times.

Although Shoma Uno has never won Olympic gold, a Grand Prix Final, or a World Championships, he has always been a strong competitor and a real contender to best Hanyu and Chen. In the 2017-18 Grand Prix Final, Uno was just a half point away from taking the title from Chen. In the 2017 World Championships, Uno outscored Hanyu by over six points in the short program, and it took a world record-setting free skate by Hanyu to edge out Uno by just over two points in the combined score to claim the title. Just last year, Uno’s six-point short program margin over Chen led to Uno beating Chen by just over a point at Skate America. It is undeniable that although Uno’s international record may be lacking in comparison to Hanyu and Chen, he poses a consistent threat, and his podium position at this Olympics is proof of it.

Despite Kagiyama only having made his senior debut two years ago, he has already shown phenomenal skill. Having won every international competition he’s competed in since 2020 and now having taken silver at the Olympics, Kagiyama represents the upcoming generation of figure skaters — as Chen and Uno did four years ago. It will certainly be interesting to see how Kagiyama develops in both skill and style, as well as the competition between Kagiyama, Chen, Uno, and Hanyu in the future.

Lest he announces his retirement after these Olympic games, Yuzuru Hanyu is not to be counted out. Although Hanyu was not able to podium, his historic quad Axel attempt, as well as his free skate effort, make it clear that he is absolutely still in competitive form. As three stellar generations of figure skaters converge, the sport will inevitably reach even more beautiful and even more exciting heights.