Staying in touch: the wonderful world of wordle 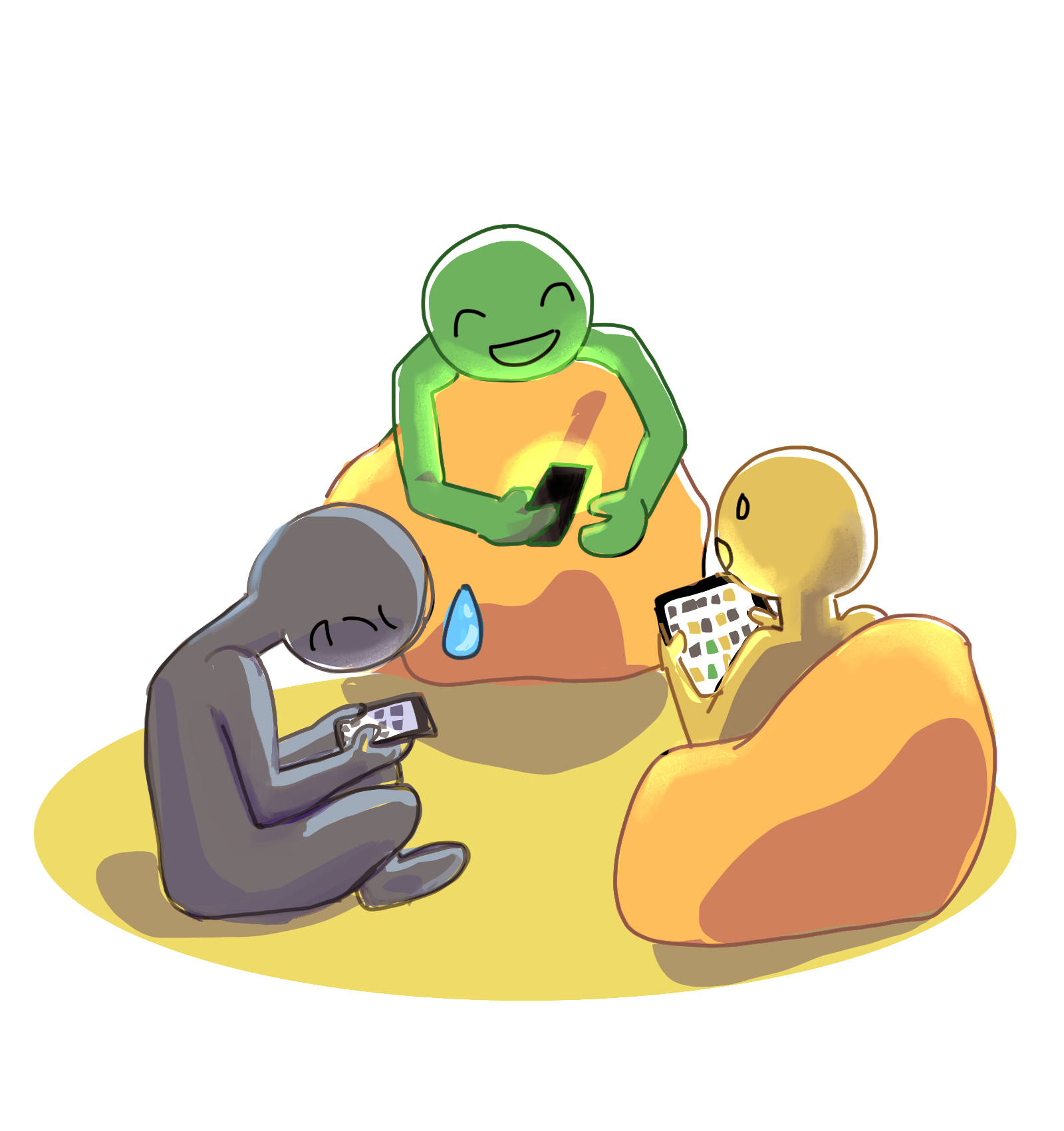 I have always been a words girl. From writing them, to reading them, to over-analyzing them, to criticizing them, to yelling them, words are just amazing. Growing up, my mom would spend Sunday mornings nestled on our worn-out leather couch, New York Times Magazine in one hand and fresh coffee in the other, doing the Sunday crossword. I would hover around the coffee table contributing what little clues I knew and eagerly filling the spaces in with messy blue pen. Words were more to me than just a means to an end, they were a way to connect with the people I loved most dearly.

But when I left home for Carnegie Mellon, I was swept up by classes, by friends, by life. My parents understood, but I could tell from the missed calls and my 2 a.m. replies to 3 p.m. texts that the distance was hitting them hard. I felt like a terrible daughter whisked away to a far city only to seemingly forget her loved ones. So, this semester, I made a pact with myself: be a better daughter. Unbeknownst to me, the first step was a little game called "Wordle."

Based on crossword puzzles like the ones I grew up on, Wordle has taken the internet by storm. The game is set up in a five by six grid where players have six chances to guess the five-letter word of the day. When a player guesses the correct letter in the correct spot, the square turns green. Meanwhile, a correct letter in the wrong spot appears yellow. Letters that are not in the word appear gray. The game is a puzzling combination of guessing, process of elimination (as the alphabet only has 26 letters), and word-ly knowledge.

However, the key feature of Wordle that makes it so popular is the "share" function. Clicking the share button to send to friends, family, or post on social media makes the game a pillar of community and competition. I was introduced to the game by a fellow crossword enthusiast here at Carnegie Mellon, sending our scores back and forth each day. Soon enough though, my parents caught on, and we began sharing our Wordles every day. Our family group chat filled up with green, yellow, and gray squares. I frequently send mine at 2 a.m., followed by my early-riser father at 6 a.m., and then my mother and little sister at more reasonable hours of the day. Going from contacting my family once a week to seeing their Wordle scores and commentary every night, I feel closer to them than I ever have at Carnegie Mellon. Wordle has allowed my family’s tumultuous schedules to coincide once a day with words of encouragement, exasperation, and of course the occasional trash talk.

At its core, Wordle is a game of love. The creator, Josh Wardle, a Brooklyn software engineer, developed it because his partner — like my family and I — loves word games. A wordy guy at heart, Wardle named it as a pun of his last name. Slowly but surely, Wardle shared the love and Wordle grew out of his family’s WhatsApp group chat to the rest of the world, filtering through Twitter, news articles, all the way into my family group chat. The chat where a daughter whisked away to a far city could stay connected with her family once more. So, um, thanks Josh. I owe you one.