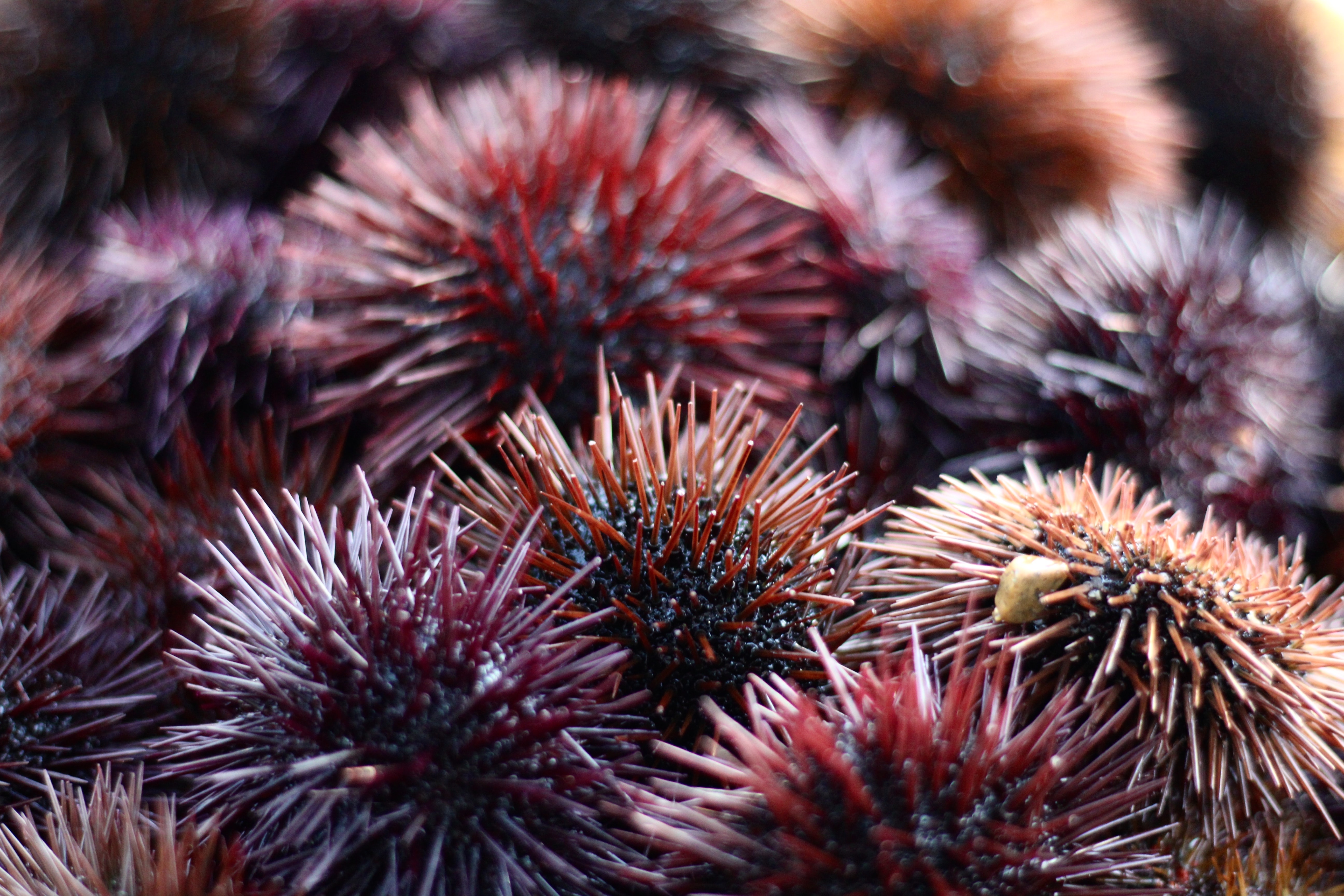 Sea urchins are a common research subject for studying embryonic development, as it is easy to obtain embryos from them and their embryos develop relatively quickly compared to humans and other organisms. (credit: Courtesy of Sonia Kowsar via Unsplash)

For a long time, purple sea urchins — also known as Strongylocentrotus purpuratus — have been the model organism for studying embryonic development, a pivotal topic in developmental biology. Urchins’ external fertilization system allows researchers to obtain a large number of their embryos, which develop relatively quickly and are convenient for observation. Using research from sea urchin development, researchers have made conclusions about gene expression changes and cell fate during early development.

On Feb. 16, first-year Ph.D. student Shaw Camphire presented his work from the lab of Dr. Charles Ettensohn, a professor of biological sciences. The research on sea urchin embryonic development was presented during the weekly Biology Research Club Seminar Meeting. The Ettensohn lab has done research on the competition between gene regulatory networks that define cell types during embryonic development of urchins.

To do this, researchers analyzed GRNs from sea urchins. They hope to apply their findings to other organisms, including humans.

Camphire began his presentation with the introduction of the GRN that controls the primary mesenchyme cells (PMCs), which governs the formation of the sea urchin embryo skeleton, and Alx1, a transcription factor known as the master regulator of PMC lineage.

Camphire described how the Ettensohn Lab previously performed RNAseq experiments that compared PMC-related transcripts and non-PMC transcripts. These experiments identified PMC genes (which code for the expression of PMCs) and non-PMC genes.

This led the team to ask, “Why are these non-PMC-genes changing in response to the loss of Alx1?”

The Ettensohn Lab hypothesized that these other gene regulatory networks were mainly non-skeletogenic mesoderm (NSM) GRNs. The NSM is physically very close to the PMCs during a fairly early stage in development. The NSM matures into a ventral region and a dorsal region, each with their own specific cell types separate from the PMCs.

If gene regulatory network competition could explain their findings, then the Ettensohn Lab could expect that if Alx1 were no longer present in the embryos, then the cells that would have expressed the PMC GRN and repressed the NSM GRNs would no longer do so and instead might express other genes. This could explain an increase in some non-PMC genes.

To verify this, the lab needed to determine if the non-PMC genes that increased in expression after Alx1 knockout were indeed NSM genes. If yes, it would support the idea that GRN competition was between the PMC and NSM GRNs.

So far, many of the uncharacterized genes were found to be NSM genes, and differentiated as either dorsal or ventral. Many of these observations were made during the blastula stage early in development. In terms of future research, there are still many uncharacterized upregulated genes that were identified though not investigated yet.

All in all, Camphire’s work supports the gene regulatory network competition hypothesis, as well as the idea that the PMC GRN actively suppresses other gene regulatory networks during embryonic development. However, this hypothesis cannot be fully accepted without additional experiments that show PMC-fated cells expressing NSM genes after Alx1 knockout. Another member of the Ettensohn Lab, Ph.D. candidate Will Douglas, is currently researching this problem.