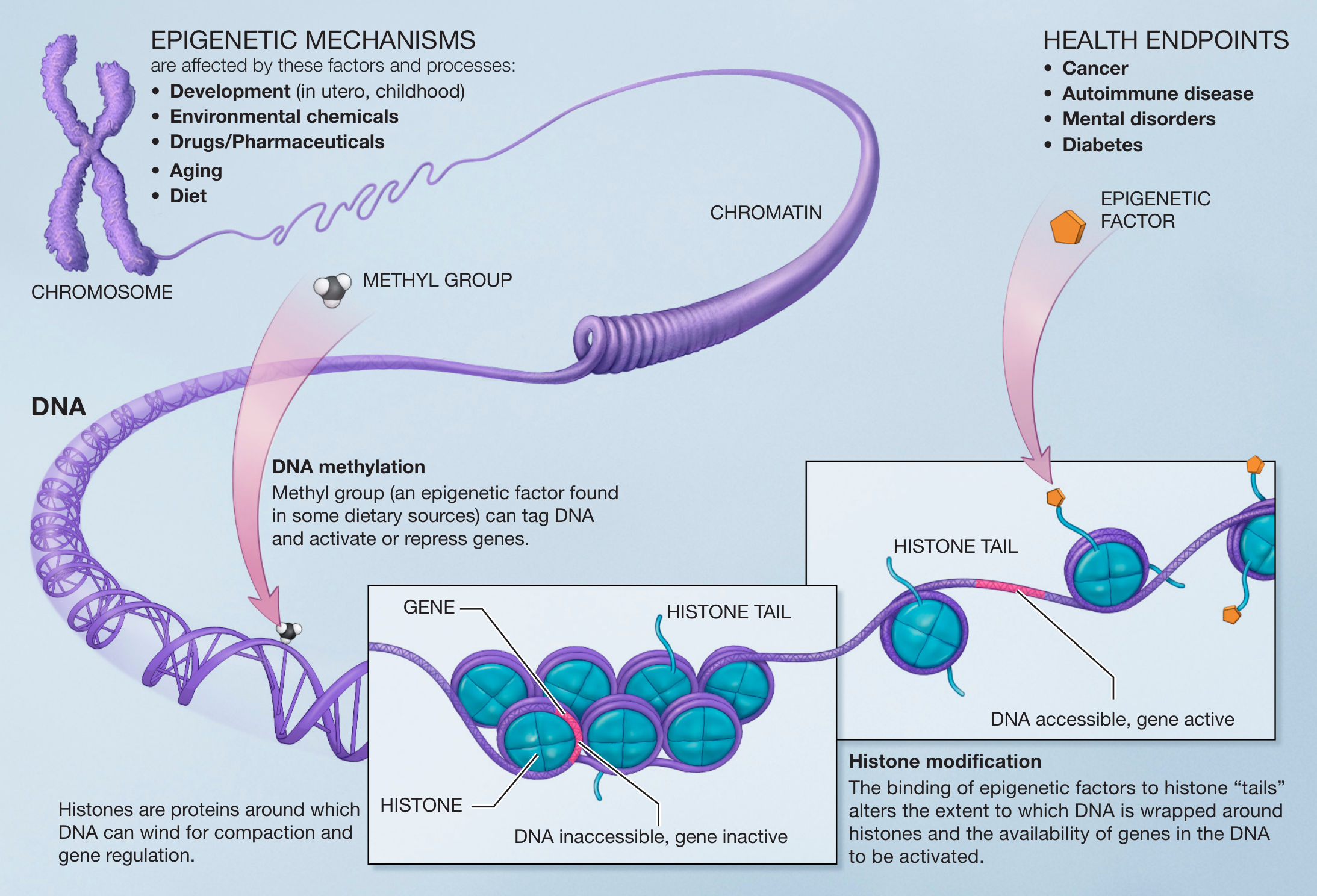 DNA inside a cell is wrapped around histones, proteins that can also alter the expression of the gene. Carnegie Mellon’s Kuang Group is studying how microbes in uence histone methylation in mouse intestines. (credit: Courtesy of the National Institute of Health via Wikimedia)

New research at the Kuang Group may reveal keys to understanding the role of gut microbes in regulating mammalian circadian rhythms, a term that can apply to almost any physical, mental, or behavioral regulation linked to a 24-hour cycle. On Feb. 23, at the weekly Department of Biological Sciences Research Club meeting, first-year Ph.D. student Jason Nguyen presented the group’s current research.

Dr. Kuang’s prior research claims that microorganisms residing within mouse intestines can impact the circadian rhythm of histone modification. Histones are a type of protein that provide structure for chromosomes. An example of histone modification is histone methylation, in which methyl groups are added to the histone protein for DNA to wrap around. Adding methyl groups to the histone protein alters the interaction between the protein and DNA and, in some cases, even the expression of the associated genes.

The current research at the Kuang Lab seeks to answer several questions: how do microbial regulations affect circadian rhythms (within intestinal epithelial cells) through histone modifications? Is there a difference in microbial activity between male and female mice? Are there any driving factors for this regulation process?

The Kuang lab used three experimental groups for their research: a control group of male mice, a control group of female mice, and a group of male mice that were given a special antibiotic. In addition, one of the first steps of their analysis was ChIP-sequencing of H3k4me3, a marker of histone methylation. This was pivotal to identifying H3k4me3 as a modification found in the regulatory regions of genes that are associated with gut-localized circadian rhythms.

Then, using a gene ontology (GO) enrichment analysis, the researchers at the Kuang Lab identified a heightened expression of KDM-associated genes within the antibiotic-treated mice compared to the control groups. KDMs are lysines, amino acids that regulate histone methylation by specifically targeting modifiers like HDAC3.

So far the main conclusions are that circadian rhythms of histone methylations in intestinal epithelial cells depend on the microbiota, and that the daily oscillations of intestinal histone methylations are present in male mice but not in female mice. In addition, significant changes in KDM5 expression were detected, but future work is needed to examine the circadian activities of these KDMs.