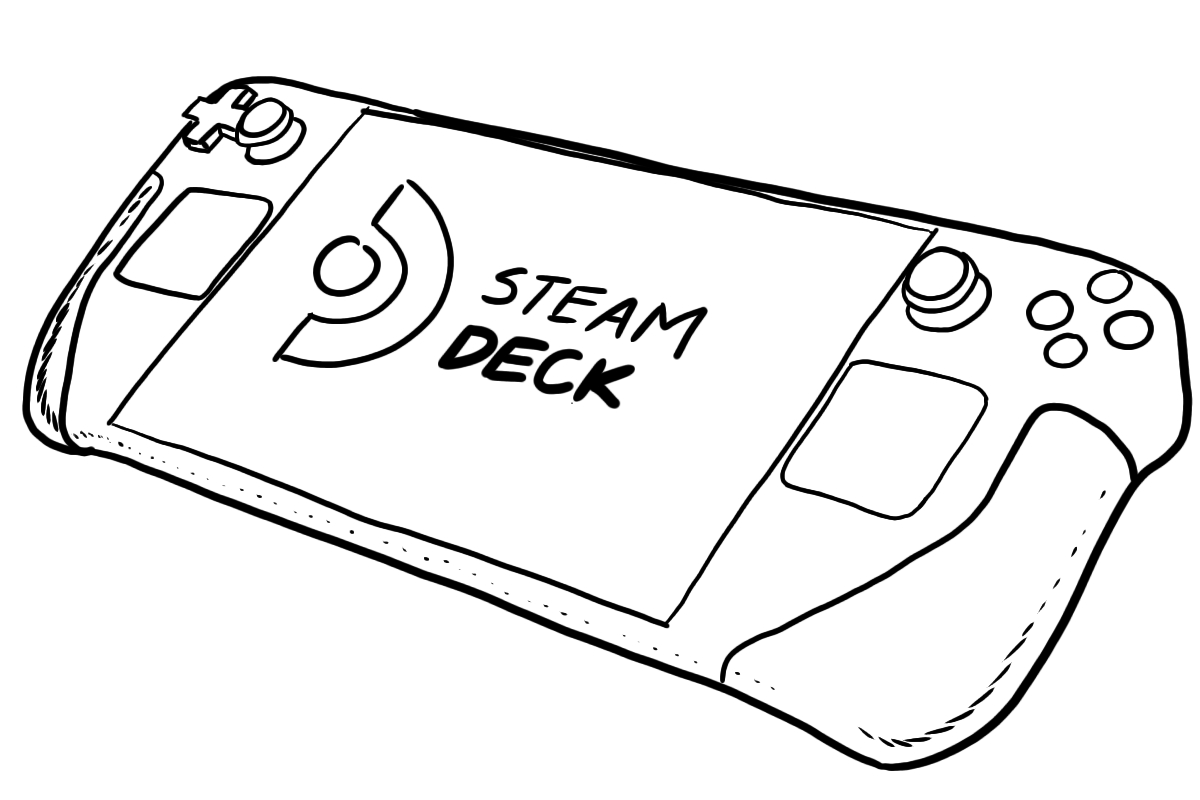 Steam Deck released Feb. 28
On Feb. 28, the first wave of Steam Decks will arrive in customers' hands. The Steam Deck is Valve’s answer to those asking for a portable PC gaming console. While there are currently over 60,000 games on Steam, Valve’s PC game distribution service, not all of them are completely compatible with the Deck. In a user’s library on the Steam Deck, they will see two categories: “Great on Deck” and “All Games.” Valve has also created a website showing users which games will work well on the Deck. Notable games that can be played on the Deck include “Stardew Valley,” “Hades,” and “Terraria.”

Users can purchase a Steam Deck from Steam’s website. Potential buyers can choose one of three options, most notably with different storage sizes ranging from 64 gigabytes to 512 gigabytes. The smallest storage option is Embedded MultiMediaCard while the two larger options are solid-state drive (SSD), so those who are interested in better specs will probably want to go with either one of the SSD options. The website lists the order availability of the Deck to be following Q2 2022.

The review embargo on the Deck was lifted on Feb. 25 to mostly positive reviews. Many reviewers note that it fulfills its job as a portable PC gaming system. Similar to the Nintendo Switch, the Steam Deck can be played in both handheld and docked mode. Others note that there are still bugs with the Deck and at times the battery life is lacking. At the same time, they also note that it’s a solid system that offers users many options since it doubles as a full Linux PC, meaning users can also play other games not necessarily offered on the Steam Deck.

February 27 ‘Pokemon Presents’ Summary
On Feb. 27 (also known as “Pokémon Day” due to the release of “Pokémon Red” and “Pokémon Green” in Japan 26 years ago), a “Pokémon Presents” presentation revealed the Gen IX entries in the mainline series: “Pokémon Scarlet” and “Pokémon Violet.” In a shift from past announcements of mainline games, the starters were revealed in the announcement trailer: Sprigatito, a grass-type cat; Fuecoco, a fire-type crocodile; and Quaxly, a water-type duck. The end of the trailer announced a late 2022 worldwide release date. Notably, it appears that the new entries will also be open-world like “Pokémon Legends: Arceus.”

‘Elden Ring' releases
On Feb. 25, FromSoftware released its latest development with publisher Bandai Namco Entertainment, “Elden Ring.” The game, first announced at E3 in 2019, quickly received critical acclaim following its release, with its PlayStation 5 release reaching a 97 and receiving the title of a “Must Play” from review aggregator Metacritic. “Elden Ring” incorporates elements of FromSoftware’s previous games, like the “Souls'' series, “Bloodborne,” and “Sekiro: Shadows Die Twice,” with influences from “Shadow of the Colossus” and “The Legend of Zelda: Breath of the Wild.” Within minutes of its release, “Elden Ring” had over 700,000 concurrent players on Steam, smashing FromSoftware’s previous highest concurrent player count of 130,000 players held by “Dark Souls 3.”

One of the notable aspects of “Elden Ring” is George R.R. Martin’s involvement with the story. Martin wrote the series “A Song of Ice and Fire,” which was later adapted into “Game of Thrones.” According to “Elden Ring” director Hidetaka Miyazaki, Martin helped contribute to the history of the game's world, not the actual plot.