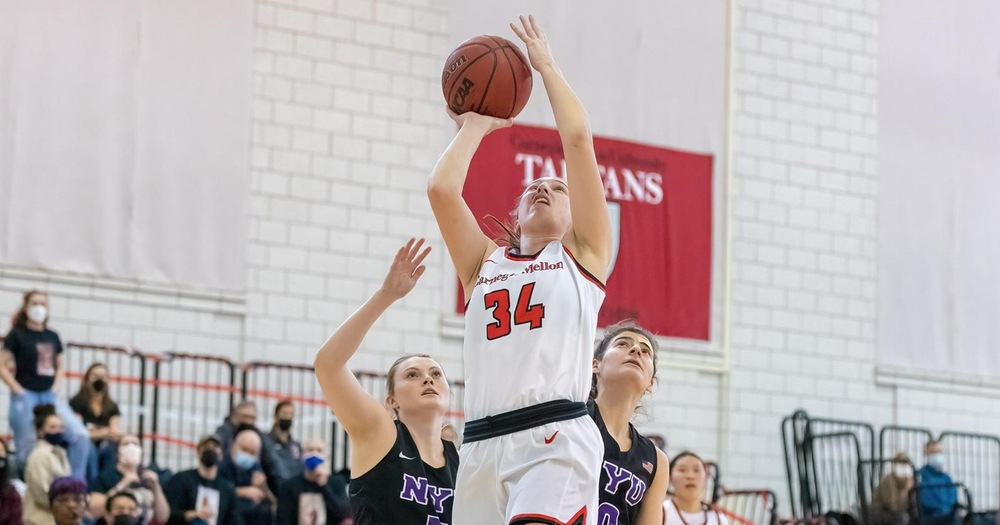 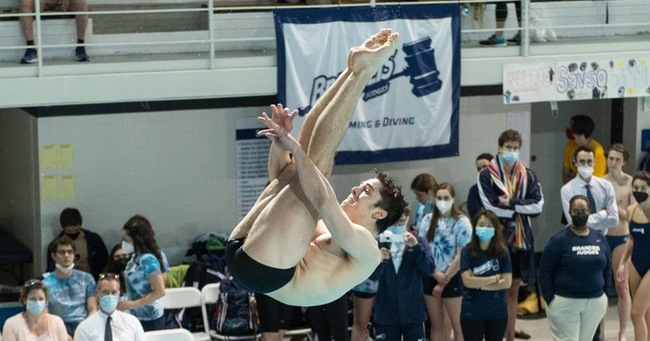 On Feb. 25 and Feb. 26, members of the Carnegie Mellon swimming and diving team competed in the NCAA Division III Region 4 Diving Championship at Ithaca College. On the first day, senior James Kyle placed first in the three-meter board by a 60 point margin over second place with a score of 552.75. This earned him the title of regional champion — the first Tartan men’s diver to do so — and will automatically advance to nationals, which will take place from March 16 through March 19, in Indianapolis.

Senior Judson Kyle took eighth out of 16 in the same event with a score of 450.45. First-year Johnathan Lindstrom also had a good showing on the three-meter board with 408.55 points, earning him 10th place.

On the second day, Judson Kyle placed sixth on the one-meter board with a total score of 438.15, immediately followed by James Kyle, who scored 436.80 points. In the same event, Lindstrom finished 14th with a combined score of 388.50.

Two Tartans from the women’s diving team also traveled to the NCAA Division III Region 4 Diving Championship at Ithaca College: junior Emilia Schwallie and first-year Kyndall Tatum. Schwallie had a solid performance, placing seventh out of 19 with a score of 422.70 on the three-meter board and 11th out of 21 on the one-meter board, scoring 382.35 points. Tatum scored 368.20 points on the three-meter board and 345.00 points on the one-meter, placing 15th and 18th, respectively.

On Feb. 26 and Feb. 27, the Carnegie Mellon men’s indoor track and field team competed at the University Athletic Association (UAA) Indoor Track and Field Championships at Case Western Reserve University in Cleveland, Ohio. The Tartans placed second out of seven with 150 points, just behind Washington University in St. Louis, which had 176.5 points, and ahead of University of Chicago, which scored a total of 121 points.

Highlights from Carnegie Mellon’s field team include senior Justin Kiefel winning triple jump with a mark of 14.45 meters and graduate student Bram Miller winning shot put with a throw of 16.95 meters, with junior Bailey O’Malley right behind him in second with a throw of 15.39 meters. In pole vault, first-year Casey Potrebic placed third with a recorded height of 4.11 meters.

The Tartans’ track team also had a strong performance. Sophomore Andrew McGovern took first in the 800-meter run with a time of 1:55.18 (a personal best). Fellow sophomore Alex Ivanov finished right behind him with another personal-best time of 1:55.29. First-years Aleksei Seletskiy and Colin McLaughlin ran season-best times of 4:11.56 and 4:13.17 in the mile run, placing third and sixth, respectively. In the 3,000-meter run, senior Michael OBroin finished fourth with a time of 8:28.08.

The women’s indoor track and field team also traveled to Case Western to compete in the UAA Indoor Championships. They scored 74 points. This marked the best-ever finish for the women’s team at this event, placing them behind the University of Chicago (208 points) and ahead of Emory University (45.5 points).

Though the men’s basketball team was looking to end the season on a high note following a four-game losing streak, they ended up falling to Case Western Reserve 92-83. Though the Tartans led 45-35 at the half, the Spartans scored 57 over Carnegie Mellon’s 38 in the second half. With this final loss, the men’s basketball team ended the season with a 11-13 record overall and went 4-10 in the UAA.

The Tartans finished the game with 42.3% of field goals made compared to the Spartans’s 46.3%, both teams taking around 70 total attempted field goals. Junior Nick Nakasian led the team with 23 points, marking his fourth game of the season scoring 20 or more points. Sophomore R.J. Holmes finished just behind him with 22 points, marking his seventh game scoring 20 or more points this season.

Making up a large portion of the Tartan’s 71 total points were four players who all scored in the double digits: senior Leah Weslock with 13, first-year Catherine Or scoring 17, senior Caitlyn Clendenin recording a team-leading 17 points, and first-year Anisha Chintala finishing with 12 points. Though the game was pretty even with a Tartan lead of 36-31 at the end of the second quarter, the Tartans dominated the scoreboard in the second half, ultimately outscoring the Spartans 35-25.