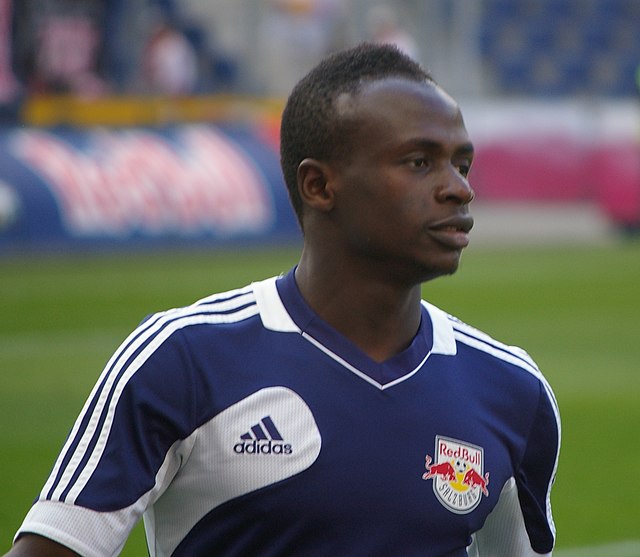 Sadio Mané proved to be a critical player on the Senegal National Football Team for their AFCON campaign. (credit: Photo courtesy of Werner100359 via Wikimedia Commons)

The Africa Cup of Nations (AFCON) concluded last Sunday, and it would be an understatement to say that the latter half of the playoff portion of the competition did not disappoint.

Senegal kicked off their match against Burkina Faso and quickly went on the offensive, recording their first shot on target within 20 minutes. However, both sides displayed some sluggishness, with neither side able to put much power behind their early shots. Burkina Faso was put in a less-than-ideal situation when goalkeeper Hervé Koffi had to be taken out of the game after a collision with Cheikhou Kouyaté resulted in the latter falling on top of the former. Koffi was replaced by Farid Ouédraogo, who did well to keep Senegal at bay, and the two countries went into halftime in a 0-0 deadlock.

A Senegalese corner kick in the 70th minute led to a scramble in the box, with the ball eventually falling to Abdou Diallo, who slotted it into the bottom left corner of the net to make it 1-0 to Senegal. Some beautiful footwork by Mané coupled with a well-timed finish by Bamba Dieng then doubled Senegal’s lead in the 76th minute. Six minutes later, Blati Touré put a well-placed cross by Issa Kaboré into the back of the net to give Burkina Faso a ray of hope, but this was quickly extinguished when a Senegalese counterattack saw Sadio Mané chip the ball past Ouédraogo. With a decisive 3-1 victory, Senegal qualified for the AFCON final.

The match between Egypt and Cameroon started much more fervently, with several strong efforts by Cameroon all denied by Mohamed Abou Gabal. Like the other semifinal match, however, neither team was able to capitalize before halftime. Unlike the other semifinal match, the game remained goalless through the rest of regular time, as well as added time. Mohamed Salah’s run in the 56th minute was stopped by a fantastic tackle by André Onana, and James Léa Siliki’s long-range shot in the 91st minute landed on top of the net.

Both teams started the penalty shootout strong, converting their first opportunities from the spot, but Cameroon’s Harold Moukoudi sent the ball too close to Gabaski after a stunted run-up, and Egypt took the lead. Gabaski then predicted correctly on Siliki’s attempt to increase Egypt’s lead, and a subsequent miss by Clinton N’Jie sent Egypt through to the AFCON finals to face Senegal.

The match for third place turned out to be a thrilling roller coaster ride. Out of all the previous knockout-phase matches, the total number of goals scored during normal and extra time had never exceeded four in a single match, which made this six-goal (not counting penalties) game particularly exhilarating. Cameroon started strong, forcing Ouédraogo to make a stunning double-save in the 18th minute. Burkina Faso fought back, however, and Steeve Yago got on the end of a cross by Kaboré to make it 1-0. Things went from bad to worse for Cameroon when a subsequent Kaboré cross deflected off the arm of Onana into the back of his own net, making it 2-0 to Burkina Faso heading into halftime.

Burkina Faso extended their lead shortly into the second half. Djibril Ouattara got on the end of a precise cross by Bertrand Traoré to give Burkina Faso a three-goal lead with 49 minutes played. It wasn’t over for Cameroon, however. A scramble in the box following a Cameroonian corner in the 71st minute led to Stéphane Bahoken putting the ball in the back of the net to give the hosts their first goal of the night. Cameroon kept the pressure up, and after two close shots, Vincent Aboubakar capitalized off another corner, rising above his defender to make it 3-2 with just over five minutes left of regular time. Scarcely two minutes later, in the 87th minute, a fumble by Ouédraogo gave Aboubakar the chance to complete his brace and, completing the hosts’ comeback and drawing Cameroon level with Burkina Faso at 3-3. Neither team was able to make headway during extra time, forcing the match to go to penalties.

Both Cameroon and Burkina Faso scored their first two penalties without issue, but Onana predicted correctly on the third penalty to deny Blati Touré, giving Cameroon the lead. Yago converted his penalty without issue, but it was too little, too late, and Ambroise Oyongo put the ball into the back of the net to win the match for Cameroon, completing a sensational comeback and earning the hosts a podium position.

The final of the 2022 AFCON between Egypt and Senegal began sensationally, with a poorly-timed challenge by Mohamed Abdelmonem gifting Senegal an opportunity to convert from the spot with less than five minutes on the clock. However, Mané’s effort proved not to be enough, and Gabaski put up a solid save to prevent Senegal from taking the lead. From there, Egypt took on a slower-paced, defensive approach, and it seemed to work out for them. Despite Senegal playing well and putting up nearly double the number of Egypt’s shots and nearly triple the number of shots on target, they seemed unable to capitalize. From regular time through extra time, it seemed as if Egypt was intent on playing relatively deep into their own half and taking the match to penalties.

Ultimately, however, this strategy backfired. Egypt was unable to make the most of the limited opportunities they did have during regular time and extra time, and the penalty shootout didn’t go their way either. Both teams converted their first penalties, but Abdelmonem hit the post, allowing Senegal to take the lead. Senegal failed to capitalize, however, with Ismaïla Sarr’s mediocre effort being saved by Gabaski. Ahmed Hamdi then beat Mendy to bring Egypt level. Egypt’s relief was short-lived, however, as Dieng converted from the spot for Senegal and Mohanad Lasheen’s effort was saved by Mendy. Mané then confidently put a fourth penalty into the net for Senegal, winning Senegal’s first-ever African Cup of Nations.

After nearly a month of sweat and toil, adrenaline and devastation, the 2022 AFCON came to its conclusion in truly spectacular fashion. Senegal, after losing the 2019 AFCON to Algeria by a single goal, turned around to make history in the best possible way, denying AFCON giants Egypt to claim their very first continental title.