Recap and preview ahead of Super Bowl LVI 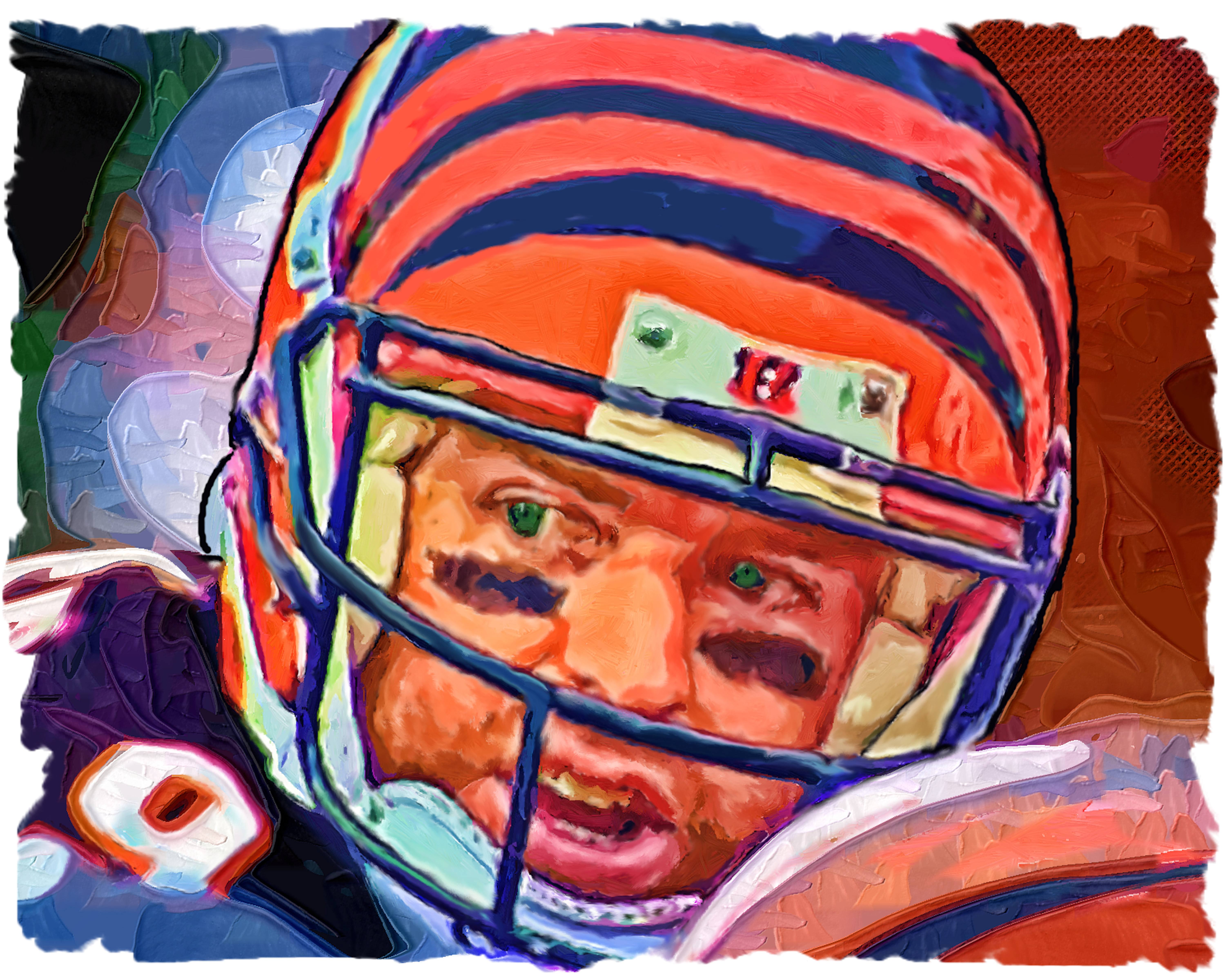 In this year’s Championship Game, the Cincinnati Bengals have the chance to win their first Super Bowl ever. (credit: Illustration courtesy of Jack Kurzenknabe via flickr) 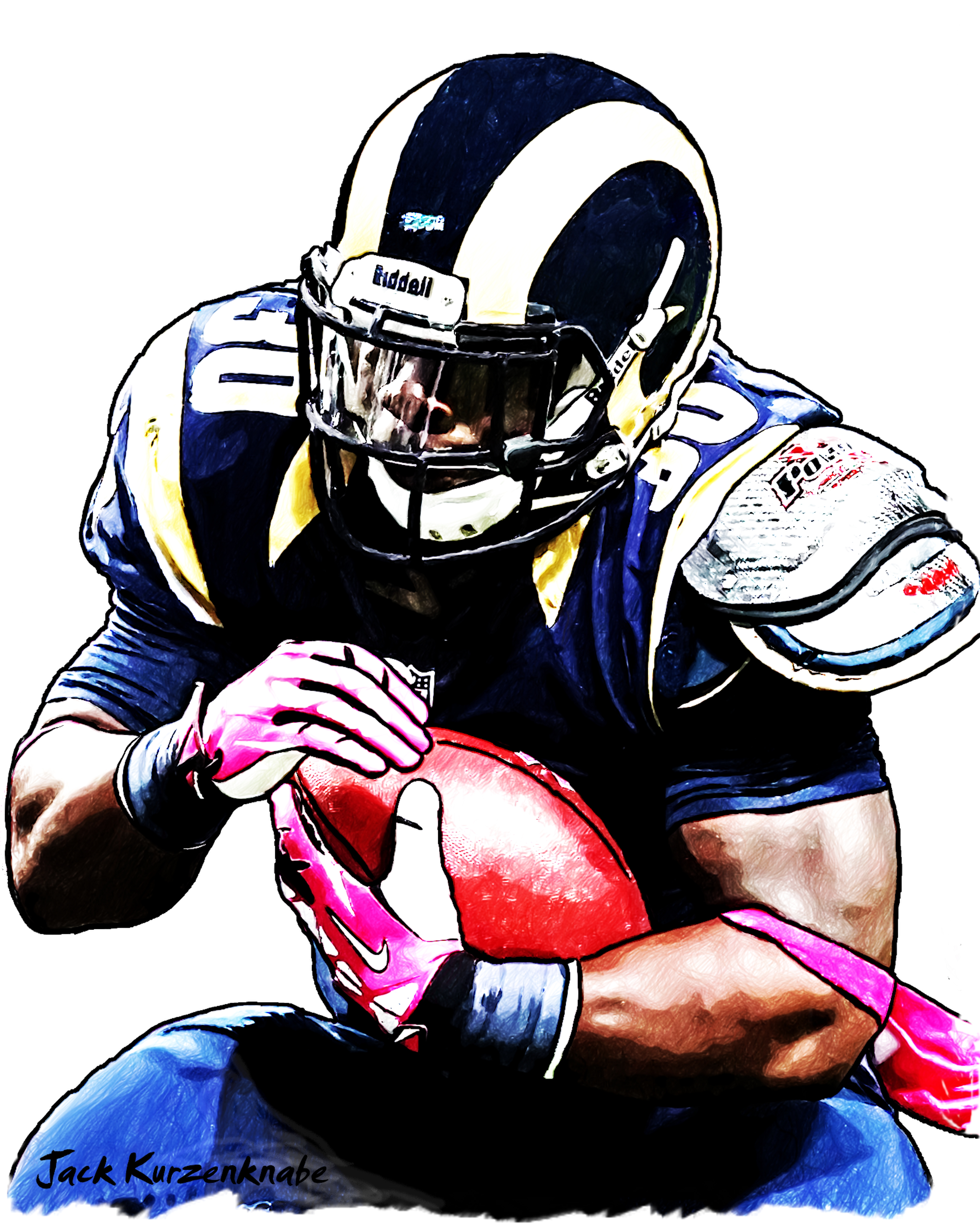 The Bengals will be up against a formidable Los Angeles Rams side. (credit: Illustration courtesy of Jack Kurzenknabe via flickr)

After a whole football season, it’s time for the Super Bowl.

To get to the big game, the Cincinnati Bengals and Los Angeles Rams had to survive the slugfest of the playoffs. This year’s playoffs were touted by the NFL in advance as the best, coming on the heels of the league’s expansion of the playoff tournament from 12 teams to 14. This resulted in one extra team making the playoffs from each conference, and as such, an extra wild-card round game for both conferences as well.

And the wild-card round was… a dud.

Only two first-round games were decided by a touchdown or less: the Bengals’ 26-19 win over the Las Vegas Raiders and the San Francisco 49ers’ 23-17 victory over the Dallas Cowboys. The first was a captivating game. The Bengals had a 14-point lead shortly before halftime, but by the end of the game, the Raiders had charged down to the Bengals’ nine-yard-line with just ticks on the clock and a seven-point deficit. But, alas, they did nothing with it. Raiders quarterback Derek Carr spiked the ball on first down, threw two incomplete pass, then threw a game-sealing interception on fourth down to end the game and send the Bengals to the divisional round. The other game went down similarly. Going into the fourth quarter, the 49ers led by 16, but two Dallas scores brought the Cowboys within six. With the ball at the 49ers’ 41 with 14 seconds left, quarterback Dak Prescott found a hole up the middle and made it to the 49ers’ 24-yard-line. But a communication error on the Cowboys’ end stopped the referee from reaching the football to spot it, and while Prescott tried to spike it, the ball hit the ground with the clock reading all zeroes. Game over. As for the other four games, all were decided by multiple touchdowns.
The divisional round more than made up for a lackluster first round. All four games in the divisional round — all four! — were won on last-second field goals, except for a thriller that took overtime to settle. The Bengals beat the Tennessee Titans 19-16, and the 49ers beat the Green Bay Packers 13-10 in frigid temperatures. The Rams looked like they’d snap the streak, putting up a 27-3 lead on the Tampa Bay Buccaneers midway through the third quarter. Yet, Bucs quarterback Tom Brady put on an incredible comeback, with his team roaring back to come within seven. Trying to run out the clock, Rams running back Cam Akers drove up the middle, but the ball came loose and Tampa recovered. Suddenly, Brady had the ball with two and a half minutes left, and only 30 yards to go. Absolutely nobody was surprised when Leonard Fournette turned a fourth-and-one into a touchdown from nine yards out, leaving the Rams only 42 seconds to go in a tie game. But Los Angeles surprised everyone. Despite not having been able to score since the start of the half, Rams quarterback Matthew Stafford hit wide receiver Cooper Kupp twice — once for 20 yards, and then for 44 yards — setting up Matt Gay’s last-second field goal. The Rams won 30-27.

The final divisional game was even better. The Buffalo Bills and Kansas City Chiefs went back and forth, and with two minutes to play, the Chiefs led 26-21, with the Bills in possession at the Chiefs’ 27. The only problem: it was fourth-and-13, an impossible conversion. No matter. Bills quarterback Josh Allen went for broke, hitting Gabriel Davis for 27 yards in the end zone, and then found Stefon Diggs for the two-point conversion. Three-point lead, Buffalo. But the Chiefs refused to take no for an answer, and starting on their own 25-yard-line with 1:54 left, they took four plays and 38 seconds to move the ball just 11 yards. And then Patrick Mahomes, Kansas City’s wunderkind quarterback, hit wide receiver Tyreek Hill over the middle, who ran to the sideline to go out-of-bounds, and then, seeing a wide-open sideline, bolted. Hill trotted into the end zone with plenty of time to spare, putting the Chiefs up 33-29, as he was mobbed by his teammates. But maybe it was too much time to spare, as Allen — starting seventy-five yards from the end zone — found Davis for 28, then Davis for 12, suddenly putting them at the Chiefs’ 35 with 32 seconds and two time outs left and giving the Bills hope again. It didn’t take long for the Bills to cash in. Veteran receiver Emmanuel Sanders took the ball to the nineteen, and then Allen found Davis again for a playoff-record fourth touchdown reception. Somehow, he’d pulled off a miracle. NBC’s announcers were beside themselves, amazed at how Allen had engineered the game-winning drive in just 49 seconds.

Yet, it was the game-winning drive that wasn’t. Mahomes passed it to Hill for 19 yards, taking the Chiefs to their own 44 and stopping the clock with eight ticks to go. The commentators, realizing the game wasn’t over yet, started arguing about how close the Chiefs had to get — the Bills’ 45? 40? — to give kicker Harrison Butker a chance at a very long game-tying field goal that would forever give him a spot in Chiefs lore. But it didn’t end up mattering. Mahomes hit Travis Kelce over the middle for 25 yards, putting the Chiefs at the Bills’ 31 and rendering the debate moot. With Arrowhead Stadium going insane, Butker put it through the uprights, and the game went to overtime at 36-36 after a final two minutes that would easily fit into the kind of kids’ sports book that had to have excitement on every play to suit a ten-year-old’s attention span. It was that great a game. Alas, overtime wasn’t as exciting. The Chiefs won the coin toss, setting Arrowhead off again, and easily dove into the end zone to make it to the AFC Championship.
After what many called the best divisional round in history, it would be reasonable to expect teams to be worn out and perform mediocrely in the Conference Championships. But that wasn’t the theme of these playoffs.

Up 24-21, the Bengals killed off five minutes and, with time winding down, found a way to make it second-and-goal from the four with a minute and a half to go. But Mahomes went down for a loss of five, and on third down, scrambled out of the pocket and took a crushing hit for a fifteen-yard-loss. But every Chiefs fan really lost their breath when the football popped out, careening to the turf in a play that would send the Bengals to the Super Bowl if they could recover it. But, alas, they couldn’t. With three seconds left, on fourth down, Harrison Butker sent the game to overtime for the second game in a row. And for the second game in a row, the Chiefs won the toss and started their march down the field. The ending was preordained. Kansas City would cap their inevitable trek down the field in the end zone and into Super Bowl LVI. Yet it wasn’t meant to be. Mahomes didn’t gain a single yard, and on third down, got picked off by Bengals safety Vonn Bell. Thanks to the NFL’s overtime rules, even a field goal at this point would win the game for the Bengals, and that’s exactly what happened, with kicker Evan McPherson slicing the game-winner through the uprights and sending the Bengals to their first Super Bowl in more than two decades, by a score of 27-24.

Over in the NFC, the 49ers took a commanding 17-7 lead, but by now, we had learned that counting a team out in these playoffs was a fool’s errand. The Rams roared back, scoring a touchdown at the end of the third, and taking their first lead since the second quarter, 20-17. Yet when the Niners got the ball back, with 1:47 left in the game and 75 yards to go, no Rams fan felt the lead was safe. But they were bailed out when linebacker Travin Howard managed to pick off quarterback Jimmy Garoppolo’s third-down pass, and Stafford kneeled it out, putting the Rams in the Super Bowl.

It’s interesting to note just how much the traditional NFL power structure has been turned on its head in just a few seasons. The Rams were chosen as the host team for the Super Bowl because, the NFL thought they had little to no chance of qualifying; the game is always played at a neutral site, so the league must have been surprised when Los Angeles acquired Matthew Stafford and suddenly made it to the Super Bowl as the fourth-seed. The Bengals, on the other hand, managed a whole four wins last year, but massively rebuilt, and took the AFC North and then the entire conference by storm.

Joe Burrow, Cincinnati’s young quarterback out of Louisiana State, will square off against the veteran Matthew Stafford, who languished for most of his career with the Detroit Lions before making it to Los Angeles. Neither of these teams has had much recent success. The last time the Rams won the Super Bowl was in 2000. The last time the Bengals won the Super Bowl? Never.

Knowing how these playoffs have gone, this should be a fantastic power struggle. Hopefully, regardless of who comes out on top, we’ll be treated to a championship game befitting of the insane playoffs that the teams have given us so far.