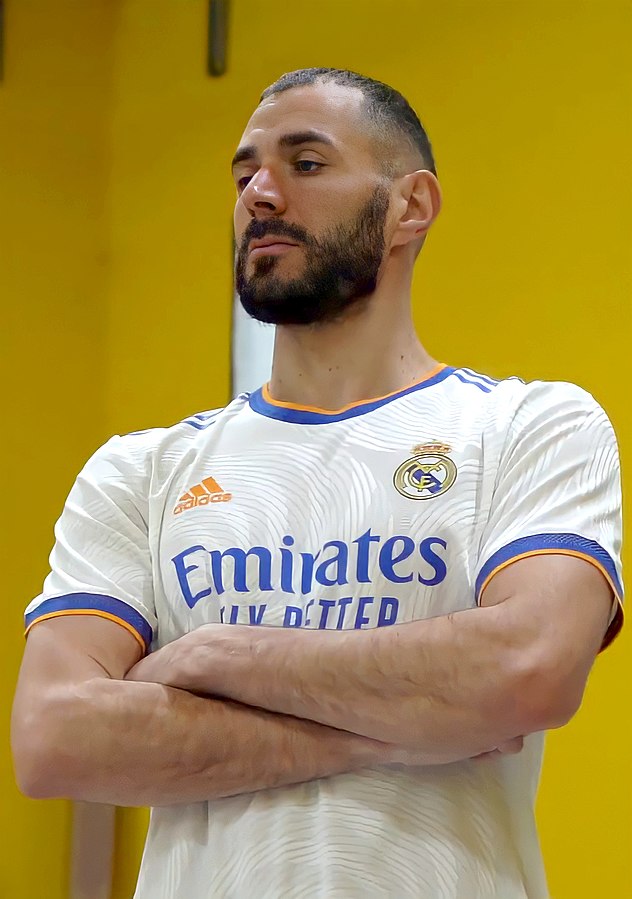 Karim Benzema was instrumental in putting Real through to the semifinals. (credit: Courtesy of Real Madrid via Wikimedia Commons) 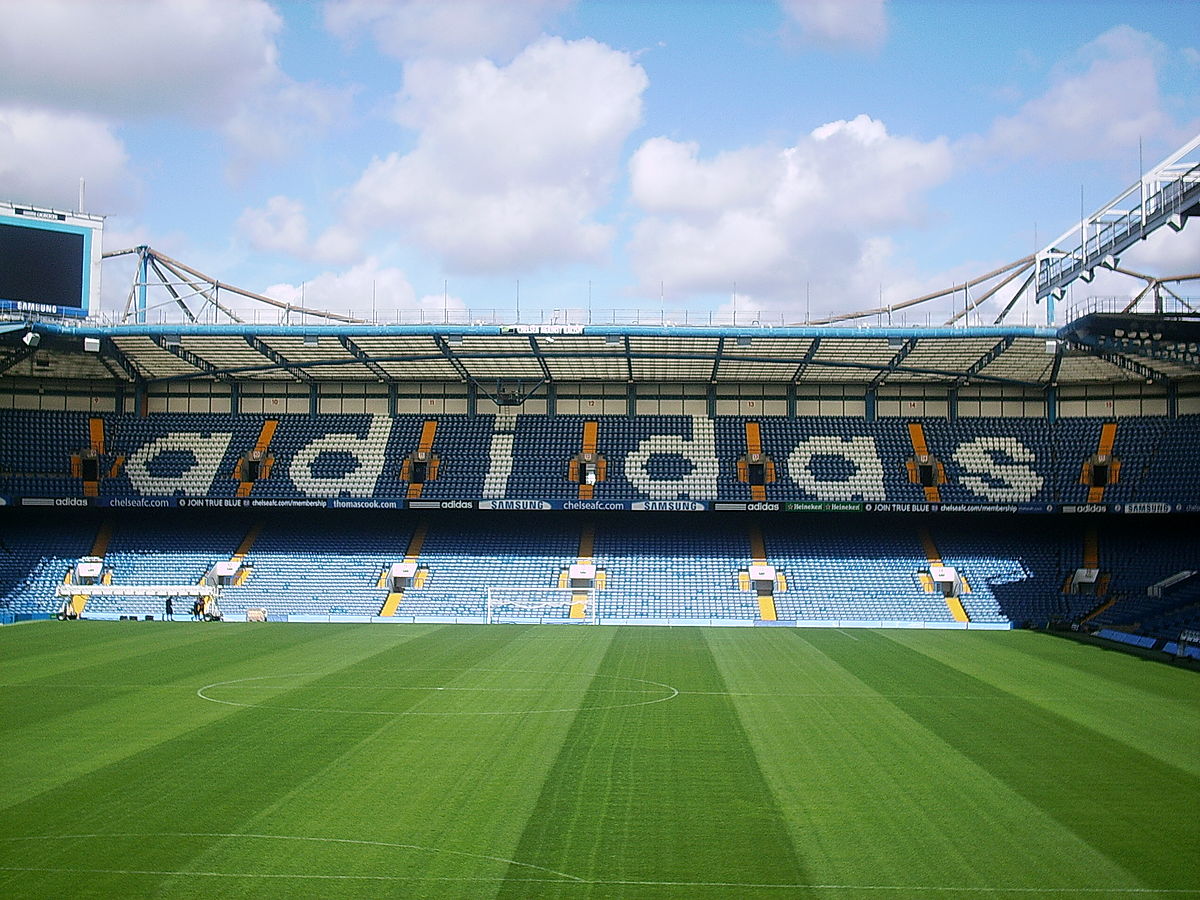 Chelsea was unable to redeem their leg 1 performance at Stamford Bridge. (credit: Courtesy of Wassssuuuup! via Wikimedia Commons)

Benfica vs. Liverpool
The first leg of this head-to-head went as expected — the English side was in full control for most of the match, recording around double the amount of shots, possession, and passes in comparison to the Portuguese side, as well as around triple the number of shots on target and corners. It came as no surprise when Liverpool opened the scoring, with Ibrahima Konaté firing one home in the 17th minute. The visitors doubled their lead when Sadio Mané scored with a clinical finish in the 34th minute. Darwin Núñez pulled one back for the hosts shortly after halftime in the 49th minute, but Liverpool remained dominant and Luis Díaz’s 87th minute effort sealed the first leg 3-1 for the Reds.

Benfica, however, would not be going quietly. Despite Liverpool’s home-field advantage in the second leg, the Portuguese side played phenomenally. Again, the statistics were completely in the English side’s favor, and again, Konaté opened the scoring for the home side, this time in the 21st minute. Benfica struck back, however, and Gonçalo Ramos leveled the visitors in the 32nd minute. It seemed all over for Benfica when Roberto Firmino scored in the 55th minute and followed it up with a 65th minute volley to complete his brace, but the Portuguese side went down swinging. Roman Yaremchuk rounded Alisson Becker in the 73rd minute to bring the visitors within one of an equalizer, and Núñez made the scoreline 3-3 in the 82nd minute. Despite Benfica’s incredible effort in the second leg (converting three of their four shots on target), however, Liverpool will move on to the semifinals on a 6-4 aggregate.

Man City vs. Atlético Madrid
This was arguably the least exciting fixture of the quarterfinals but interesting nonetheless. As expected, Atleti played deeper in their own half as Manchester City took control of possession. What no one expected was that the Spanish side made no attempted shots. Despite having played the full 90 minutes, Atlético ended the fixture with zero corners, shots, or shots on target. Despite a less-than-stellar performance on offense, Atleti played better defensively, limiting City to just two shots on target. Two shots, however, would be enough for the English side, with Kevin De Bruyne slotting one past Jan Oblak in the 70th minute to make the final scoreline 1-0 to the hosts.

Despite the second leg of this head-to-head ending scoreless, tensions ran higher than in the first leg. Both sides reached double-digits in terms of shots, but neither side was able to capitalize. The first half was relatively quieter, with the only real threat coming from İlkay Gündoğan, whose shot on the home side’s goal was deflected off the post. Atleti ramped it up in the second leg, but their efforts weren’t enough to break through Man City’s goal. Despite multiple attempts, the scoreboard remained blank. Things came to a head in the 90th minute when Felipe brought down Phil Foden, who stayed down. Stefan Savić’s attempt to pick up the Englishman resulted in a brief confrontation between players on both sides. Following six yellow cards and one red within the first seven minutes of stoppage time, the match was drawn out into the 90+13th minute when at last the final whistle sounded. Despite a scoreless second leg, De Bruyne’s goal in the first makes the aggregate 1-0 in City’s favor, knocking Atlético out of Europe.

Villareal vs. Bayern Munich
The first leg of the quarterfinal between Villareal and Bayern Munich ended in favor of the Spanish side. A sharp Arnaut Danjuma took advantage of carelessness in the Bayern defense to give the home side the lead with just eight minutes on the clock. Despite the visitors’ best efforts, only four of their 22 shots fell on target, and the Germans were unable to convert any of them. Both sides had close calls in the second half, but the scoreline remained 1-0 at the end of 90 minutes.

Bayern played well in the second leg of the head-to-head, but Villareal remained staunch. A mistake in the Villareal midfield gave Bayern the opportunity to take the lead, and Robert Lewandowski fired one into the back of the net to bring the home side level on aggregate. However, despite 22 more shots (three on target), the German side were unable to extend their lead any further. This gave Villareal the chance to complete the upset, and they did in the 88th minute, with Samuel Chukwueze scoring to make it 2-1 on aggregate and taking the Spanish side into their second-ever UEFA Champions League semifinals.

Chelsea vs. Real Madrid
As predicted, the two legs of the Chelsea-Real Madrid matchup proved to be the games to watch, with nine goals being scored across the two games. Real Madrid played well in the first leg, tallying just eight shots to Chelsea’s 20, but equaling Chelsea’s five shots on target. Karim Benzema opened up the scoring for the visitors in the 21st minute, then doubled Real’s lead in the 24th minute. Kai Havertz fired one back in the 40th minute to bring the English side within one of equalizing going into halftime. The second half began terribly for Chelsea as a horribly-placed pass by Edouard Mendy caught Antonio Rüdiger off-guard, allowing Benzema to score on an empty net and complete his hat-trick in the 46th minute, making the final scoreline 3-1.

Chelsea began the second leg with renewed energy. Across the second leg, Chelsea recorded 28 total shots, and the effort showed. Mason Mount’s 15th minute effort was the first to hit the back of the net, and Chelsea found themselves within one of equalizing on aggregate. Rüdiger then scored in the 51st minute to make it 2-0 to Chelsea and 3-3 on aggregate. Timo Werner then drove a third shot into the Real Madrid net to make it 3-0 to the English side, seemingly setting up the Blues for a semifinal spot. However, it was not meant to be. Minutes after, Rodrygo finished off a beautiful cross by Luka Modrić in the 80th minute to pull one back for the home side, making it 4-4 on aggregate and forcing the game into extra time. Benzema’s goal in the 96th minute, his fourth across the two legs, spelled heartbreak for the visitors, who were unable to convert any extra time efforts. Despite the final scoreline reading 3-2 in favor of Chelsea, their first-leg deficit meant that Real Madrid will move on to the Champions League semifinals on a 5-4 aggregate.