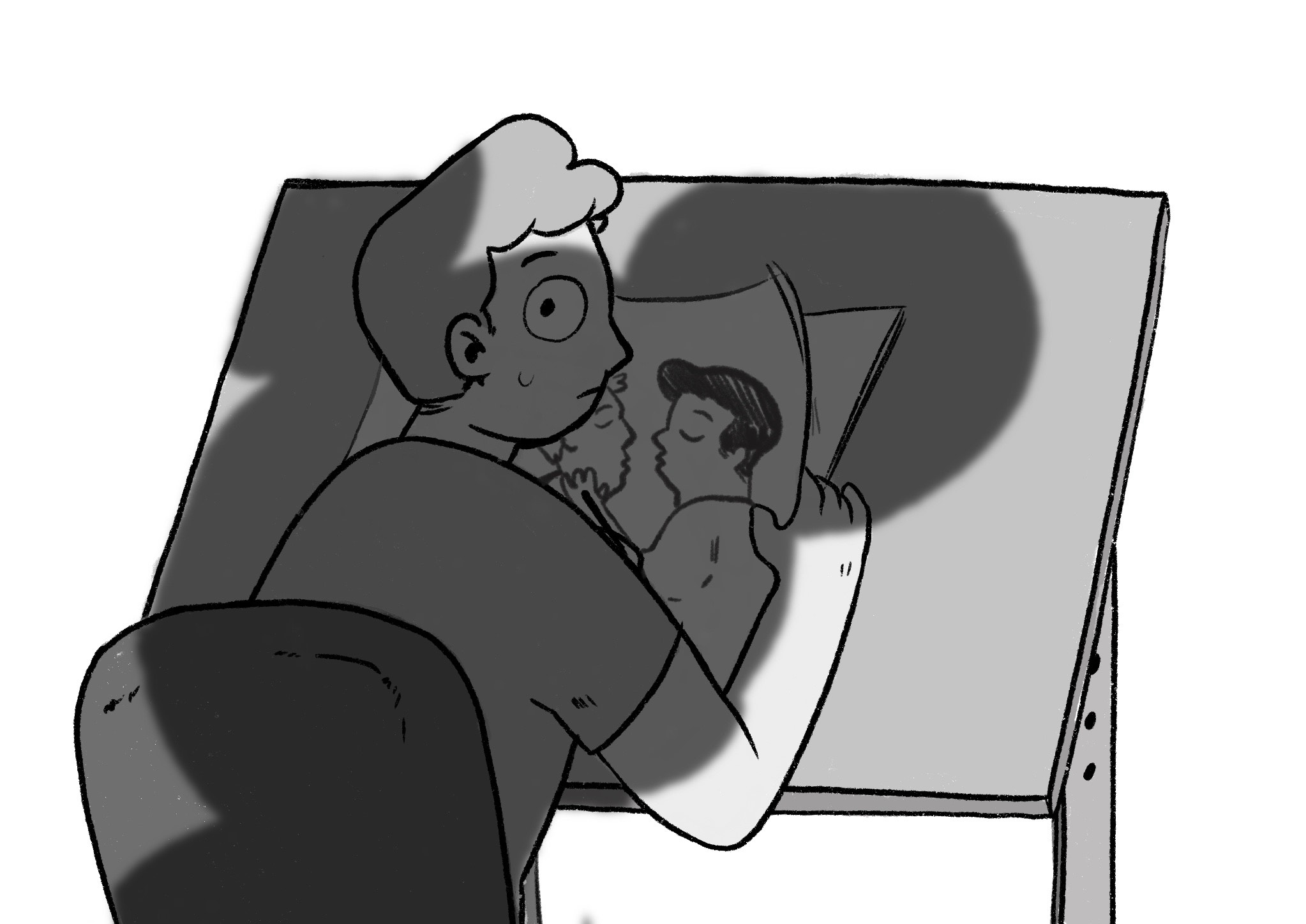 As one of the 14 people working on the script for Disney's new live action adaptation of "Finding Nemo," Disney executives/starving author wranglers explain that she was chosen for her understanding of what it is like to be “into hugging and kissing women even though she is also a woman.” Charlston Rockefeller-Kurtzmann (Mickey Mouse cupbearer by trade, Disney executive by choice) explains: “When we decided to include our first gay character in our new film 'Finding Nemo,' we knew that we would have to make a splash. When I say make a splash, I am of course referencing our upcoming motion picture 'Finding Nemo,' as well as the original animated version of 'Finding Nemo' and its animated sequel 'Finding Dory.' Both of those movies can be found on Disney+, and we have many toys and accessories available featuring characters from both of those movies. You can additionally experience the lives of Nemo and Dory at one of our Disney-quariums, or visit Disney World or DisneyLand or Paris Disney or Disneyland Hong Kong or CMU Africa or Disneyland Japan for various 'Finding Nemo' experiences. And when I say make a splash, I mean big. Melinda will be sitting on a bench with an ambiguously-coded girlfriend, and definitely point at Nemo when he strikes a cool pose. To strengthen the historic importance of this moment, we will of course be issuing a press release in English, French, and German about how totally gay, slay, and bae Melinda is. We will also be releasing a separate press release in Russian, Mandarin, Turkish, and Arabic. I am not free to disclose the contents of that release at this current moment.”

When asked for more information about Melinda, Hagelman is glad to elaborate. “She’s a character that means a lot to me. Like me, she owns two dogs and has a loving girlfriend, also named Joanna! I've created a pretty complicated backstory for her. Steering away from classic tropes, Melinda didn’t have a rough coming out experience, and has a rocky relationship with her mother for religious reasons, and not homophobic ones. Melinda is an intellectual. She’s witty, loves mouthing lines that cannot be heard, and loves residing on the far right side of the frame, where she could easily be cropped out.”

Hagelman is obviously very excited about the film, but what about everyone else? We decided to speak with some former Buzzfeed listicle writers for some more insightful takes, and then to some online homophobes to keep the article balanced. Wendy “Minnie’s worst nightmare” Angle expresses her complaints: “I love gay people, and of course representation is good, but I really would like for Disney to release a second gay character. Every first gay character keeps getting effortlessly removed from select international releases, which I personally dislike. However, I have placed the concept of loving Disney very deeply into my identity, and consider myself a Disney adult, so I fully support Disney in all their homosexual endeavors. I would love Disney even more if they came out with a second gay character, maybe with two lines ambiguously about loving men, so that I could write some spicy fanfics about it. Of course, we’ll be writing those regardless (laughs).”

Charlie “Minnie is my Waifu” Pierce has some other ideas. “I’m only a little homophobic, and I think that Disney has gone too far. If they keep releasing groundbreaking first gay characters like this, me and other merry men like me will have no choice other than to stop watching children’s movies. And that’s just us lesser homophobes! Think about all the men so homophobic they can’t even talk to women! These are all the valuable customers you will be missing out on Disney. I’ve spoken my piece, now leave me be. I have some Funko Pops that need purchasing.”

This is on the scene reporter Zachary Gelman, signing off.