What happens to recycling in Pittsburgh? 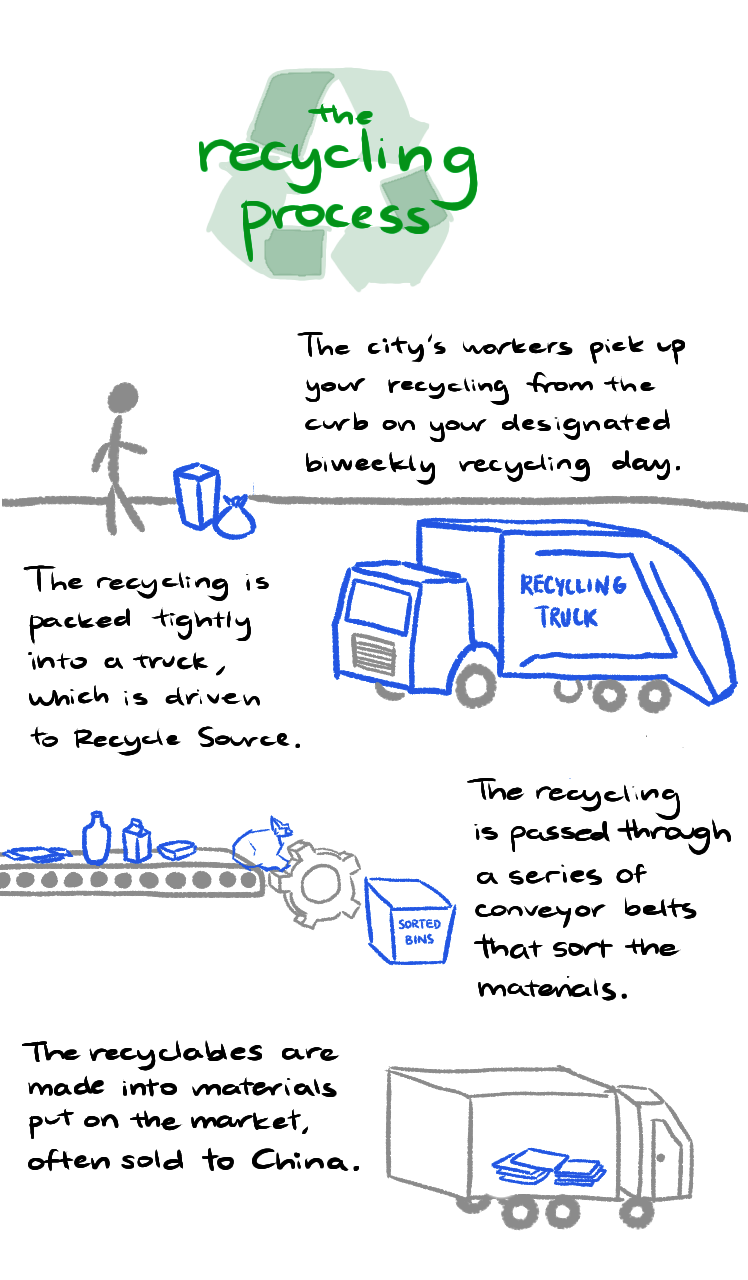 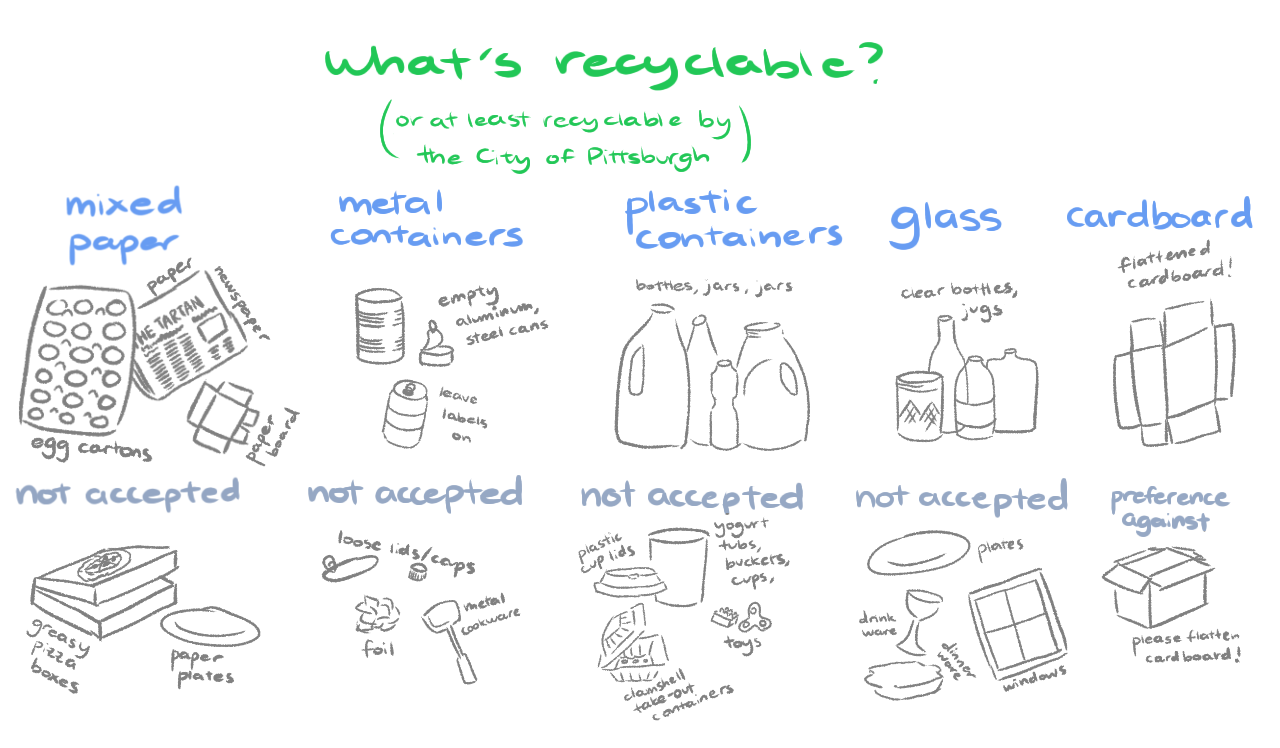 The City of Pittsburgh mandates recycling, but does not mandate residents to separate different recyclables, a process called single-stream recycling. However, they do not process all items that residents give them. (credit: Kaylin Li/SciTech Editor)

For most Pittsburgh residents, recycling day just means you throw all your plastics, cardboard, and glass into a blue bag or bin on the sidewalk and wait for the next week you have recycling. But what happens to the items after you leave them on the sidewalk? How much of it is really recycled, and how much of it is thrown away?

The City of Pittsburgh's process is as follows: a refuse worker comes by to pick up recycling, which is squeezed into a truck to fit as many items as possible. The recycling is then taken to Recycle Source, a materials recovery center. There, the items go through a machine that tries to separate the different types of recycling, and sells it to places for profit. This recycling process, in which cities collect many different types of recyclable materials at once, is called single-stream recycling.

Single-stream recycling can pose many issues for the city. Recycling, in the city and Recycle Source's eye, is not just a service to the public, but a business, and every recyclable material is a commodity. But there are many things that residents do that decrease the value of these commodities. For one, everyone knows that recycling is good for the environment, so many people dump as much into the recycling bin as they can, with the wish that the items may be recycled, even if they are not actually recyclable. The City of Pittsburgh website calls this "wish-cycling," and deems it one of the biggest challenges they face.

Some recyclable materials can also contaminate others. Glass, while recyclable on its own, breaks almost instantaneously when packed into the truck that delivers the recyclables to Recycle Source. These tiny shards intermingle with other materials such as plastic or paper, the latter referred to as "speckled paper." Different types of glass can contaminate each other, leading to lower quality glass. The same goes for plastics and paper — some plastics are thinner and more brittle, different paper materials use different fibers, and mixing them leads to materials that are difficult for collection places like Recycle Source to sell.

There are also many materials that, while recyclable, can clog up recycling machines. Many Pittsburgh residents are used to putting their recyclables into blue plastic bags for recycling workers to pick up. However, plastic bags can get caught on the spikes of sorting machines.

Single-stream recycling is still valuable to the city, however. If residents separated items, the city would have to designate different trucks for different materials and make many more trips to Recycle Source than with single-stream recycling. The city also estimates that single-stream recycling receives twice the amount of recyclable materials as it would if they required residents to separate items. And recycling materials is also financially beneficial for the city: to take items to landfill, the city pays between $25 to $29 per solid waste ton. To take items to Recycle Source, the city earns 60 percent of the items' value, minus a $68 sorting fee per ton. This was estimated to save the city over $639,000 in about 22 months from 2016 to 2017.

While a solution to reducing waste, recycling has its own host of issues that needs to be solved. As individuals, it is difficult to control the recycling system, but what we can do is make better choices as consumers and understand the recycling system enough to get the most value out of it.